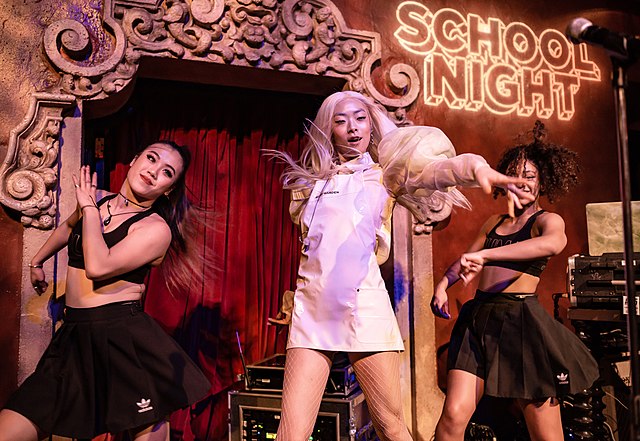 If you wanted to see Royal Blood, The Kooks, Bombay Bicycle Club or The Streets headline an indie festival in 2021, oh boy, are you in luck – each of these artists have headlined multiple festivals this year and have all headlined previously at festivals. UK festivals, especially indie ones, have a habit of recycling the same headliners, usually male and white,  whilst so many female acts are shunned from the spotlight year on year. Festivals have a long-standing issue with gender-balanced line-ups – Isle of Wight’s line up this year is 73% male, Latitude over 70%, and Victorious over 80%. Whilst other festivals, such as Standon Calling, and Reading and Leeds, have a more gender-balanced line up overall, they still rely on all male headliners.

It matters because who we see on stage can hold so much power. From looking at this year’s festival line-ups, it could be easy to assume that women make little impact in the indie music scene. It shows indie music as its stereotype – the default indie performer as a white man – and diminishes the contributions of those outside of the stereotype on some of indie music’s biggest platforms. It can also be incredibly empowering to see someone like you, writing and performing music that you love, and it is important to give these performers a voice through their music.

To say the music industry as a whole has a gender equality issue is a huge understatement, however it feels like indie music is lagging far behind in recognising its female artists, when pop music’s game-changers, including Billie Eilish, Lizzo and Taylor Swift, are at the forefront of their genre. By excluding women as headliners and having mostly male line-ups, it perpetuates the myth that the genre of indie music is a boys only club, and that others are not welcome.

But if we can dare to imagine female festival headliners not being a minority, I know who I would like to see at the top of those festival posters.

Festivals can be great exposure for artists, as festival-goers watch artists they would perhaps not have heard of, which is especially important as music recommendation algorithms promote fewer female artists. With both music platforms and festivals having preferences towards male artists, it paints a very bleak picture for the position of female artists in the music industry.

It is now a yearly tradition for a flurry of opinion pieces to be published on the lack of women headlining festivals – this is a well-documented issue. And yet, change is painfully slow. But if we can dare to imagine female festival headliners not being a minority, I know who I would like to see at the top of those festival posters.

An amazing performer who should be headlining in the near future is Rina Sawayama. Songs from her critically acclaimed 2020 album SAWAYAMA such as ‘STFU!’ and ‘Snakeskin’ are made to be played at top volume on a mainstage at a festival. SAWAYAMA as a record has the boldness and presence to be played to a massive audience. Sawayama is known for her dazzling choreography and costumes, and is one of the most exciting indie-pop artists around at the moment. Her headline set would be an unmissable event.

Women in bands do exist – yes, there is more than just Paramore

Another great performer is Christine and the Queens. It greatly surprises me that Christine and the Queens has not yet headlined a festival. Her performances are mesmerising, with her amazing dancing and catchy synth-pop tunes. I may be very biased, but I think it is impossible not to bop along to ‘Girlfriend’ from her amazing second album Chris, released in 2018. Other female solo artists who are also killing it in the indie genre and should be headlining next include Jessie Ware, Arlo Parks, Lianne La Havas, Georgia, and Little Simz.

Women in bands do exist – yes, there is more than just Paramore. It is time indie music festivals recognise their talent. Wolf Alice headlined Truck festival in 2019 and this year’s edition of Latitude, a spot they so deserve after three amazing albums. CHVRCHES have also headlined festivals in the UK – but let’s not stop there. Next to headline in the years to come will hopefully be bands such as Black Honey, The Big Moon, and Sorry. And maybe we’ll be seeing newer bands Lime Garden, Wet Leg and English Teacher release albums and also move up the festival line ups.

Are festivals willing to take a perceived risk after two challenging festival seasons? It is not a question of if they are able to – to say that there is a lack of women in the music industry, or the indie music genre specifically, who are able to headline, is simply not true. It is a question of when they decide to finally do something about it. This is just getting repetitive now. I’m so over it.