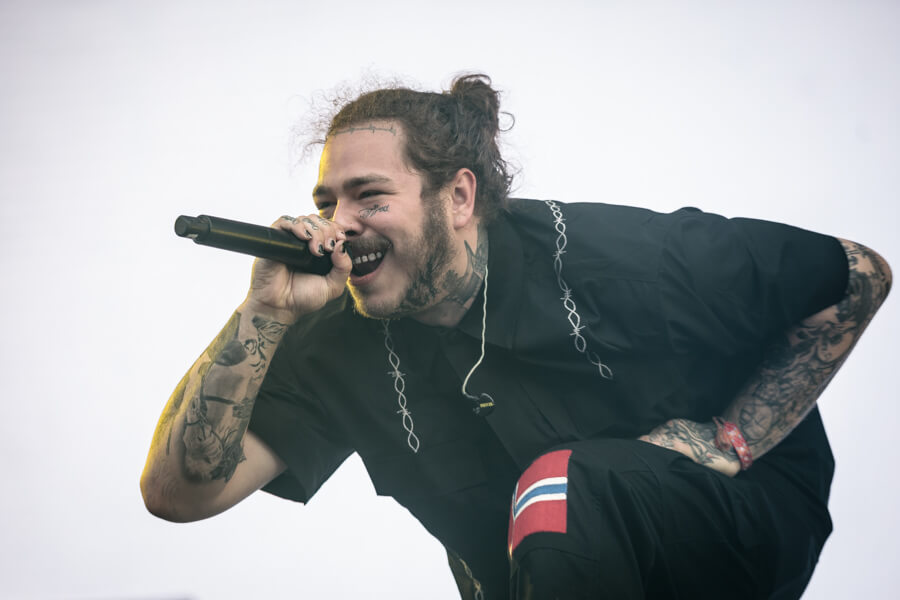 Where are all the female headliners at Reading and Leeds?

2021 could have been a great time for the organisers of Reading and Leeds to pull their trousers up, think outside the box for a change and get a woman to headline the festival. Even just one woman or female-fronted band. Baby steps.

Of course, any time would have been a good time, but this year, they had twice the number of opportunities to do so, with the festival having two headliners a day for the first time in its history. Incidentally, they’ve made themselves look twice as bad by overlooking the possibility of having a female headliner. Again.

Considering the history of the festival, however, we shouldn’t be surprised. We haven’t seen a woman as a solo or group artist headline the festival since Paramore topped the bill in 2014. Then again, they only played Leeds as they were co-headlining with Queens of the Stone Age (who coincidentally will be headlining in 2021 at both locations).

The last time we saw a female-fronted band at centre stage was over twenty years ago when Garbage headlined in 1998. No female solo artist has headlined since Björk in 1995.

Women are overlooked in the boardroom and on festival lineups

The charity Girls Against, who campaigns against sexual harassment and assault at gigs, pointed out on their social media that Post Malone will have had more headline sets in the last two years than women have had in the last two decades. We also have never seen a single woman of colour in a headline slot.

But a disparity in opportunity between men and women is non-existent. At least that’s how it is in the mind of Festival Republic’s Melvin Benn, who directs the company responsible for Reading and Leeds’ promotion.

Broken down, he has essentially said this: “We live in a post-sexism society, I don’t see gender, and meritocracy isn’t actually a myth.” These are myopic beliefs at best and falsehoods at worst.

The absence of women from headlining slots at festivals is essentially the music industry’s own version of the famed glass ceiling phenomenon. We live in a patriarchal society with misogyny built into its foundation, and the music industry is bound to be built in the same way because it’s a part of society.  Women are overlooked in the boardroom and on festival lineups. It’s all the same issue.

There’s not exactly a shortage of female talent either who could headline. Why not Paramore again? Or Hayley Williams on her own, following the critical and commercial success of her debut album Petals For Armour? Billie Eilish has also been suggested as a possible headliner, with various photos being shared across social media of the size of the crowds she drew for her Saturday afternoon main stage slot at last year’s festival. Charli XCX is doing great for herself especially after the success of her lockdown record how i’m feeling now.

However, perhaps Reading and Leeds keeps the glass ceiling shatterproof simply by its nature. It has showcased genres like rock and indie since its beginnings in the 1960s which are notably dominated by white men and that are perhaps more sexist than others.

It explains why more pop-orientated festivals like Glastonbury have had more female headliners and other rock festivals have lagged behind. For example, Download Festival, managed by the same promoters as Reading and Leeds, has never had a female-fronted headliner in its history and you’re lucky if you even get one or two female-fronted bands on the main stage.

I’ve read and written about the unique kinds of sexism women in these genres experience. You’ll be told you’re good at guitar “for a girl”. You’ll be othered and lumped into a genre of your own alongside other female-fronted bands who sound nothing like you. You’ll have guitar techs who treat you like you know nothing about gear. You’ll have men try to harass you online or grope you.  Even as Reading and Leeds diversifies its lineup in terms of genre, the issues still persist.

Reading and Leeds probably has plenty of opportunities to be progressive, diverse and generally on the right side of history by putting women high up on the bill. It could go against the grain. It could recognise the sexism in the industry and actively push back against it.

Yet it fails. It was always going to when a senior promoter considers the line up in such gender-blind terms. We’re instead left with lineups where we have to squint to see the female names lower down on the bill and the closest we get to female representation amongst the headliners is a band with the word ‘Queens’ in the title. Ultimately, if it keeps up what it’s doing, Reading and Leeds will find itself stuck in