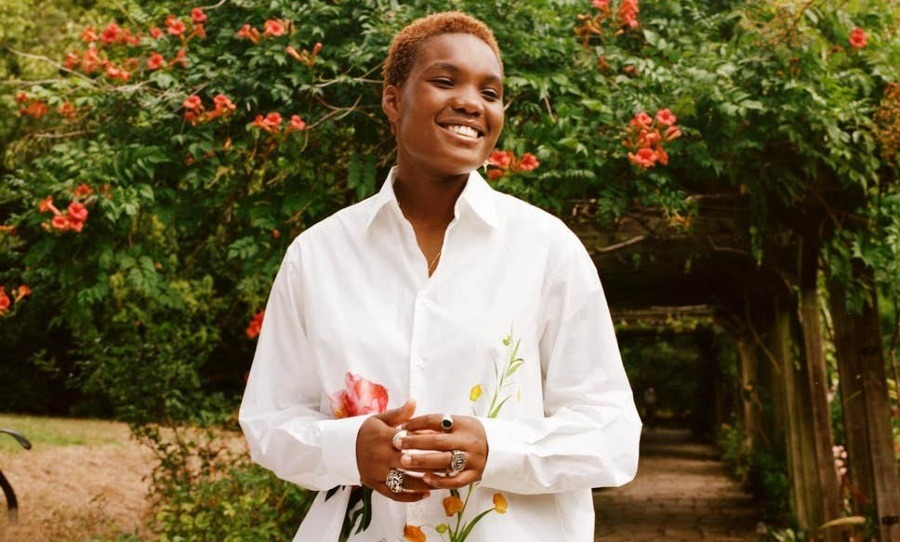 Arlo Parks has been called ‘One to Watch’ by The Guardian, and while being the voice of a generation is a hard title to uphold, her debut album lives up to this expectation. Collapsed In Sunbeams was produced almost entirely in lockdown, in which time she began to find her own recognisable sound with her distinctive, airy voice. Raised in London, Parks confesses to being an anxious teenager, which made her “observant and sensitive”– the result of which is seen in impressive lyrics of this album.

The album opens with her own spoken poetry, an introduction to the slow and soft journey where she takes us through teenage heartbreak, confusion and loneliness, as well as an ode to her origins in poetry. The first track is ‘Hurt’, where the upbeat drums and soft hums make this perhaps her must fun and engaging song. ‘Too Good’ follows suit with a bouncy account of conflicted feelings for someone you desire, the chilled RnB vibe is not too dissimilar to the sounds of Frank Ocean.

‘Black Dog’, however, is inarguably her most beautiful song on the album; a tender ballad about mental health and the worry you feel when you watch someone you care about spiral. She pleads “Just take your medicine and eat some food/ I would do anything to get you out your room”; even the smallest things are difficult when your mind is clouded by depression. She aches, feeling helpless, observing “It’s so cruel/ What your mind can do for no reason”. The song was released in the middle of lockdown and has become a certified pandemic anthem. Recently, it feels like there has been a rise in moralising your music, with many artists talking about social problems, which, although generally positive, can sometimes feel forced. But Parks’ lyrics flow seamlessly without this sense of obligation or token-wokism, but a genuine care and concern. This album is proof of her own lived experiences – not an attempt to appropriate a rising movement of social consciousness.

Tones of comfort and care swathe the songs, as Parks intimately devotes herself to each person she writes about

‘For Violet’ speaks of the struggle of living at home, affectionately reminding an ex that “when college starts again you’ll manage”. The gentle plodding guitars have echoes of King Krule, but begin to become slightly repetitive at this point. The tone changes too: while on ‘Black Dog’ she pleads with the protagonist of the song to keep going, on ‘For Violet’, she eventually gives up, confessing: “Nothing’s changing and I can’t do this, I can’t do this”.

In ‘Hope’, she acknowledges the difficulty of feeling alone in your struggles, but attempts to reach out and find connection to those who feel isolated in their feelings. She sings “Truth is I’m still learning how to be open about this’, as she muses on her fears of everyone eventually leaving her. Tones of comfort and care swathe the songs, as Parks intimately devotes herself to each person she writes about. Yet, despite the varying names throughout the album, it feels a bit vague and aimless – a collection of random memories and anecdotes compounded into various characters that have weak boundaries. Contrarily, this creates space for listeners to breeze in and out of the narrative.

While her album is melodically sound and an impressive debut, it’s her lyrics that are the most captivating aspect of Arlo Parks’ music

In ‘Eugene’, her yearning over a girl who doesn’t love her back is painful. She resents that she reads Sylvia Plath with the boy she believes she doesn’t deserve, claiming “I thought that was our thing”. In her anecdote, her jealousy and passive annoyance is relatable; almost everyone must have felt similar frustration as to what someone you like sees in someone else. There’s a layer of complexity here that is missing from most other songs about heartache – Parks falls for a straight girl, where reciprocal unrequited love is impossible. Parks becomes a voice for the queer community, as her dry humour speaks volumes about her own pain of this inevitable rejection.

While her album is melodically sound and an impressive debut, it’s her lyrics that are the most captivating aspect of Arlo Parks’ music. Much of it was inspired by rereading her teenage diary: “this whole album is basically just my journal. It’s a time capsule of adolescence”. She captures the smallest moments and details, blurring stories and fragments, until they are relatable and what you feel seems to be also what she has felt. She unites us behind her poetry. And yet, there is potential for greater depth, musically – although her lyrics are profound, the accompanying sounds could be more emphatic and playful, so that they became more memorable. That’s perhaps why ‘Hurt’ feels so captivating – there’s more going on than the rest of the tracks. In the deluxe edition of her album, there’s a lo-fi version of her songs on disc 2, which pushes herself further into the intersection of easy-listening-background-coffee-shop vibes.

Collapsed In Sunbeams announces Arlo Parks’ arrival in today’s music scene, and that she’s here to stay. Her album is a strong foundation, on which Parks can continue to build her musical identity and the type of musician she wants to be.