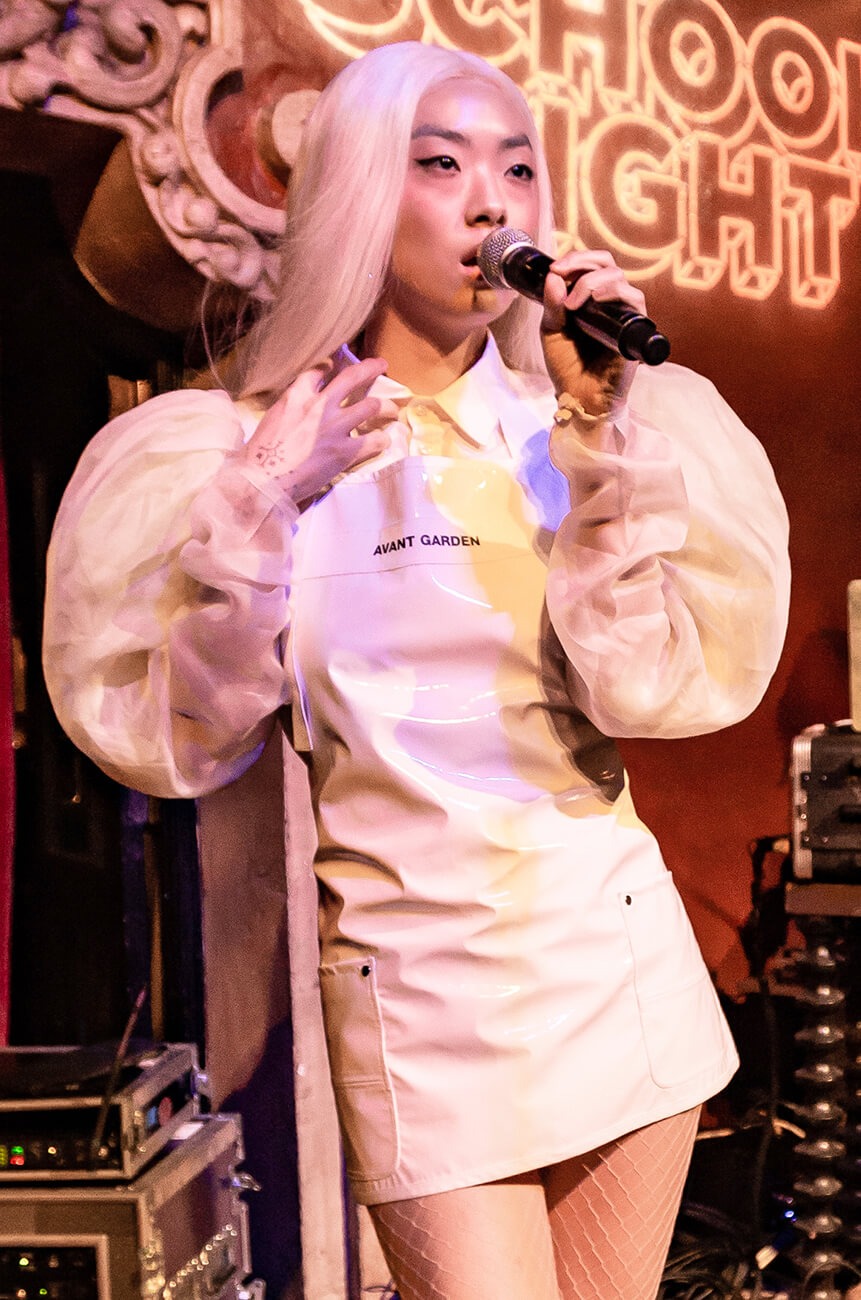 Rina Sawayama is the best thing to happen to sugary pop since stars such as Kylie Minogue and Britney Spears gave it it’s bubblegum roots. Along with the likes of Charlie XCX and Grimes, she is reshaping the future of the genre into one that has no dimensions. From the melodic posing of 2013’s ‘Who?’ to her latest track, ‘Comme De Garcons’,  an empowering rejection of modern masculinity, Sawayama gives the box that binds female musicians a new and exciting form.

First things first, she’s unapologetically political. Give her nu-metal influenced tune ‘STFU’ a listen next time you feel played, patronised or just purely peeved off at the world. Her music is a catharsis for those emotions and then some. And despite the fact she’s been in the scene since 2013, her latest tracks produce the kind of electrifying energy of someone just bursting into the industry.

Born in Niigata, Japan, the London-raised singer frequently incorporates questions over race and ethnicity into her work: her music not only sounds great but it also creates conversation. “It’s about understanding yourself in the context of two opposing cultures… figuring out where you sit comfortably within and awkwardly outside of stereotypes.” Her expression of individuality is also seen in her sexuality – ‘Cherry’ explores her relationship with her queerness without feeling the need to spell it out.

“the epitome of new pop-canon”

She’s an artist who plays upon the anxieties of the ‘Tinder Generation’. Take ‘Cyber Stockholm Syndrome’, for instance; the track explores how we traverse through love, relationships and sex in the digital age, our fears multiplying when Sawayama’s lyrics fail to reach a resolution. This track is particularly telling of what kind of people Sawayama is singing for; those who are ‘happiest’ living vicariously ‘online’.

Combine this with the neo-noir music video, the track and accompanying film market Sawayama’s brand as the epitome of new pop-canon; promoting a nostalgic yet starkly modern aesthetic with the sting of political awareness and reference. If Sawayama’s artistry acts as a mirror for the new musical decade, her courage and creativity suggest the reflection isn’t as bleak as we may believe.

With her debut album SAWAYAMA coming up in spring, now is the perfect time to dig your teeth into Riya Sawayama’s discography. She’s the perfect remedy to your winter blues.