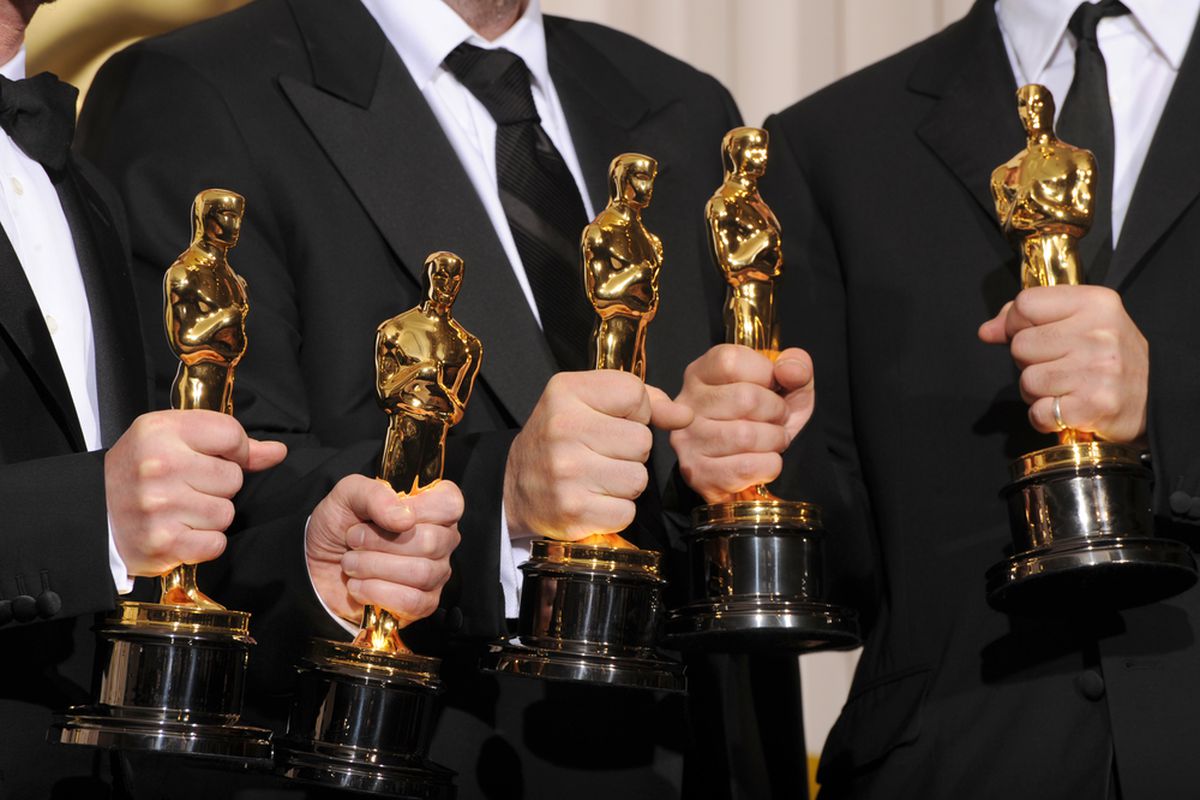 As the 92nd Academy Awards loom this evening, our writers make a case for each one of this year’s nine Best Picture nominees.

In this South Korean film, the destitute Kim clan engage in treachery to install themselves into the wealthy Park household – however, greed, class discrimination and hidden secrets threaten to destroy both families. Parasite spins many plates adeptly – it is funny and surreal, thrilling and dark, entertaining but never losing sight of the message it so perfectly conveys. Helmed by Bong Joon-ho (who picked a deserved Best Director nod) and a phenomenal supporting cast (led by the always-brilliant Song Kang-ho as the Kim patriarch), Parasite is a powerful film that will stay with you long after the credits roll. Could it break out of the foreign-language film mould and claim Best Picture?

Once Upon a Time in Hollywood – James Palmer

Once Upon A Time in Hollywood is the ‘ninth’ film by Quentin Tarantino and it stars Leonardo Di Caprio, Brad Pitt and Margot Robbie as Rick Dalton, Cliff Booth and Sharon Tate respectively. The film follows them all through a day in their lives. Nominated for best picture because of its rich characters, its relative subtlety compared to other Tarantino films and brilliant performances from the three actors mentioned above which add a great deal of depth to characters who are already so wonderfully written (all rightfully deserving of their nominations for their respective categories). Tarantino shows here that he can make a fantastic film without his usual clichés.

Failing clown and stand-up comedian Arthur Fleck goes from misery to misery as he is abused and tormented at every turn. As his mental state deteriorates, he becomes more violent and deranged eventually culminating in his transformation into the Joker. The film’s focus on character and its novel take on the villain’s origin story set it apart from standard comic-inspired tales. Its frank depiction of mental health, particularly within the demographic most susceptible to thoughts of suicide, mark it out as original and even necessary in today’s climate. This is aided by an atmosphere of melancholy fostered by the grey architecture of the city and the lighting of the film throughout. Continuing to defy expectations this awards season, let’s hope Joker gets the last laugh.

Greta Gerwig’s cinematic masterpiece, Little Women, is my choice for this year’s Best Picture at the Oscars. Little Women is the most recent adaptation of Louisa May Alcott’s classic novel series, with the film following the lives of the March sisters – aspiring author Jo, actress Meg, pianist Beth and painter Amy. I adore the cast of this film. Timotheé Chalamet and Saoirse Ronan have outstanding chemistry and the dynamic between the sisters is incredible. Gerwig’s Little Women is different to other adaptions and the flashbacks between the different time periods is reflected in the colours used in the scenes. I thought the cinematography was beautiful. The messages in this film are positive and I left the cinema with a warm feeling, still hoping that Jo really did end up with Friedrich and wasn’t still pining after Laurie. Gerwig’s incredible picture stands out as a defining film of the decade to me.

Chronicling the mob’s relations with Jimmy Hoffa, The Irishman is a staggering achievement. The cast is made up of the best actors of their generation, including Robert De Niro, Joe Pesci out of retirement, and Al Pacino back on his Heat energy. Thelma Schoonmaker’s editing choice in the final act – one perfectly representing that moment in time where there is everything before and everything after, time visibly catching up to us – is one of the best of her (mighty impressive) career. The de-aging effects, which so easily could’ve been a mistake, delve wonderfully into the film’s themes of ageing and memory. We all grow old. We all die. We all love and we all lose. All we have are our choices, and our lives are the consequences of those choices. Time passes until it is granted its victory in the form of death. You and I cannot cheat death, not even a man like Jimmy Hoffa could. But if film is to capture time as it is, memories as they were, then Martin Scorsese’s The Irishman is one of the finest achievements of an American master’s career.

With successful films like Thor: Ragnorok and Hunt for the Wilderpeople under his belt, Taika Waititi has become one of the hottest directors around. His sixth film, Jojo Rabbit, is set during WW2 and focuses on the perspective of a young German boy (Roman Griffin Davis) who idolises Hitler (Waititi himself), only to shockingly find his mother (Scarlett Johansson) is secretly sheltering a Jewish teenager (Thomasin McKenzie). The film exceeds in creating a satire full of both laughs and emotional moments, whilst carrying timely, thought-provoking messages for the world today. It deserves its nomination and I’m personally rooting for it to win Best Picture.

In 1917, Sam Mendes makes a humanist statement on the sheer brutality of war, an often-overlooked aspect of films in favour of depicting the politics of warfare. Set in World War I, two young British corporals (Dean-Charles Chapman and George Mackay) are given orders to cross enemy territory to deliver a message to a nearby battalion, potentially saving 1,600 lives. Visually, there is hardly any moment in which Mendes is not calling for viewers to notice the technical brilliance of this one-shot sequence film. You feel immersed – as if you’re the third soldier on this mission. But the true beauty is in the heart-wrenching performance from Mackay, who transforms from a reluctant hero to a man who represents the bravery of millions of soldiers who fought in World War I. It deserves Best Picture because on the surface, yes, it has the make-up of a standard action war film with soldiers on a mission to save their comrades, but on a deeper level, it is a film about the everyday humanity and inhumanity of war. It tells a story which mirrors countless others and left the entire movie theatre in tears.

The legendary Ford v. Ferrari rivalry that dominated racing circuits in the late 1960s was always going to be ripe for the big-screen treatment. Even though the outcome of the titular contest is probably well-known to enthusiasts, James Mangold’s direction expertly builds up the tension throughout this film, ably helped by a taut screenplay co-written by Jez Butterworth (of Jerusalem fame). Mangold succeeds in emphasising the human drama behind the scenes, with brilliantly-drawn performances from Christian Bale as tough-talking driver Ken Miles and Matt Damon as the brains behind the then-revolutionary Ford GT40, Carroll Shelby. The thrill of the car chase, the thirst for sporting glory, the tragedy of failed ambition: it’s all here. Le Mans’ 66 is a worthy pit-stop even for those who’ve never set foot in a speed machine.

Marriage Story has the feel of a large-scale artistic story, with fantastic cinematography and a central New York/Los Angeles aesthetic, but is, at its core, a prominent character study and harrowing portrayal of two people forced by emotions and circumstance into draining and heart-breaking choices. It’s personal and relatable, funny yet tragic. Helmed by two fantastic lead performances by Adam Driver and Scarlett Johansson, and masterfully directed by Noah Baumbach, Marriage Story is an utterly captivating story about how thin the walls between Love and Hate really are.