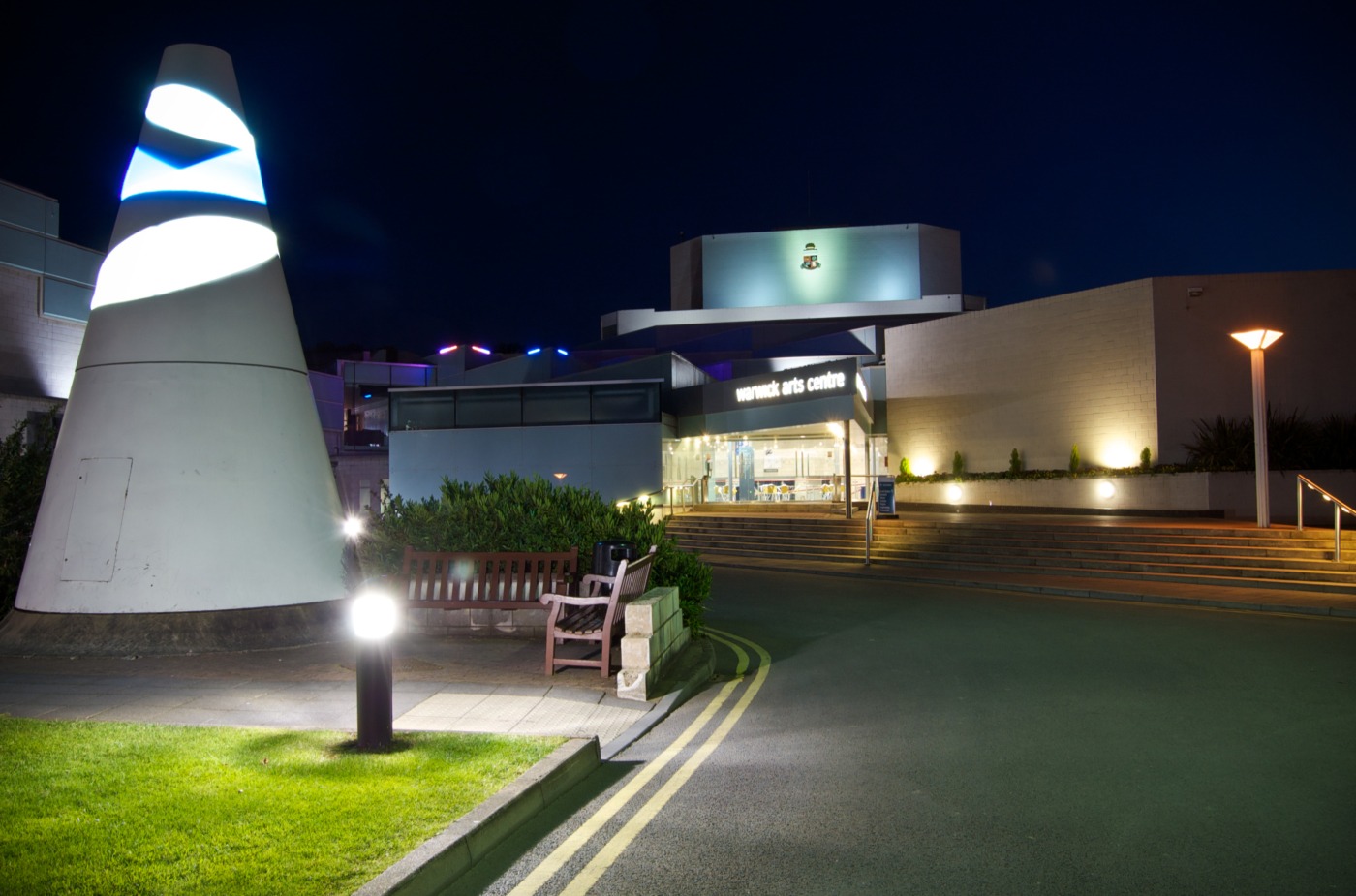 The University of Warwick has launched an external review into its disciplinary procedures after an appeals panel decided that students who sent messages containing rape threats, sexist, racist and anti-Semitic sentiments in a private group chat would be allowed to return next academic year. The University announced the review on 6 February as hundreds of students gathered on the Piazza to protest the University’s decision and handling of the matter, which included them failing to inform the original complainants of the appeals outcome.

After the initial investigation outcome was announced, the University stated: “The allegations were extremely serious and concerned matters that have been found to be a significant breach of the university’s ‘Dignity at Warwick Policy’.” In the private group chat, members were nicknamed ‘Grenfell’ and ‘Taxi Jew’ and messages showed an individual calling for a “crusade for racism” while another claimed to “love Hitler”. Some of the 98 screenshots of messages submitted as evidence showed threats of sexual violence and rape, with the search term ‘rape’ finding 19 messages.

I have never in my 21 years of life experienced the amount of racism that I have since my start at Warwick. NEVER

This is just a recent example of racism at The University of Warwick. Warwick has been plagued with many previous incidents, many of which have also gained national attention. A joint venture between the SU and Warwick Anti-Racism Society (WARSoc) led to the launch of the ‘Speak Out Warwick’ campaign, providing students an online reporting tool. In a report produced on the campaign, one anonymous student was quoted as saying: “I have never in my 21 years of life experienced the amount of racism that I have since my start at Warwick. NEVER.”

A Freedom of Information request by The Boar revealed the number of  racist incidents formally reported to the University each academic year since 2014/15. No formal reports of racism were received by the University in 2014/15, with less than five incidents being reported each subsequent year, until May of the year 2017/18.

With less than five formal reports every academic year, the number of reported incidents of racism at Warwick is low. At first glance, it could be easily dismissed and many would argue that Warwick does not have a problem with racism. However, we cannot draw the conclusion that these incidents are simply not happening. In fact, discussions with students and the prevalence of several high-profile cases seems to suggest otherwise.

In May 2014, ‘Best Warwick Snapchat’ – a popular Facebook group at the time – sparked outrage among students after posting a ‘racist’ photo. The snapchat showed a photo of a male, thought to be a Warwick student, tied up in a net, with the caption “I caught me a n*****!!”. This was not an isolated incident; earlier that year, various sports clubs – including Warwick Men’s Rugby Club – had hosted ‘slave auction’ events, sparking controversy across the student body.

In January 2016, it was reported that the University had allegedly dismissed a “racist” senior Estates manager

Shortly after, in June 2014, a first-year Warwick Philosophy student, Alex Davies, was identified by the Sunday Mirror as one of the leaders of the National Action movement – an anti-Semitic and self-proclaimed fascist group. At the time, he commented: “I don’t want to say what I’d like to do to Jews – it’s too extreme.” The group had interrupted a Warwick Anti-Sexism (WASS) protest earlier that year and placed posters around campus, prompting a 150-student strong demonstration by WARSoc against their presence in response. Soon after confirming that the allegations against him were true, Davies asked to permanently withdraw from the university.

In January 2016, it was reported that the University had allegedly dismissed a “racist” senior Estates manager; complainants reported that he had “eliminated people from the application process purely based on if their ‘name sounds foreign’.” The ‘Dignity at Warwick’ policy places special emphasis on managers’ “particular responsibility for leading by example”. According to the policy, “The University reserves the right to suspend any member of staff on normal full pay during any investigation process to protect individuals.” However, it was understood by The Boar that suspension according to the University’s policy was not enacted; the manager was allowed to continue working for four months after the original complaint, which made “some individuals sickened at the idea of coming to work”. The manager left in December 2015, but it was unclear whether he left of his own accord or if he was dismissed by the University.

A few short months later, in April 2016, Warwick made national headlines after a first-year student found the words “monkey” and “n***a” scrawled across a bunch of bananas that she had stored in her Rootes kitchen. The incident, nicknamed ‘Bananagate’, highlighted the University’s slow response; the student reported the incident through the university accommodation service but it was a viral tweet that forced them to launch an investigation. WARSoc commented at the time: “The Warwick Accommodation handbook has absolutely nothing regarding racism.” A national student survey on UK students’ experiences with racism, led by The Boar, was also launched. However, the results of this survey were never released.

In October of the same year, Warwick For Free Education publicly called for student Jack Hadfield to be stopped from running for the SU’s Development Executive in the Autumn elections. The student coalition argued that Hadfield had connections to the ‘alt-right’. Hadfield posted a Facebook status on the ‘Bananagate’ incident, saying that “we shouldn’t get our knickers in a twist about this”. He went on to suggest a conspiracy theory, claiming that “the n-word is spelt incorrectly for a racist incident”. This was over one year prior to the student being exposed as having a leading role in a Facebook hate group, Young Right Society (YRS). An investigation led by anti-racist advocacy group ‘Hope Not Hate’ uncovered that Hadfield had written over 200 articles for Breitbart and helped manage the Facebook group in which members expressed support for racist and nazi ideologies, anti-Semitic conspiracy theories, homophobia and misogyny. Hadfield faced no disciplinary action from the University and graduated in 2018.

But the problem is not just Warwick-centric, figures released last year show that racist incidents at UK universities have risen by more than 60 per cent in two years

In October 2017, a careers advisor leading a seminar at Warwick Law School quoted research by the law firm Linklaters that found that, on average, black candidates handed in their applications 38 days later than their white counterparts; the careers advisor then asked the only two black students in the room whether it was true that black people are “generally laid back”. The University’s investigation into the matter later cleared the staff member, finding that whilst the careers adviser had “exercised poor judgement” she “did not intentionally, or purposefully, behave in a racist manner”.

These are just the incidents that have been reported in student press over the past few years. There may be many more that have not been publicly disclosed.

Many members of the University will be waiting with one question in their minds: will there ever truly be ‘Dignity at Warwick’?

In response to the number of racist incidents reported over recent years, the University commented: “Any breach of the Dignity at Warwick policy is unacceptable and inappropriate, with the University of Warwick committed to ensuring a working and learning environment in which all University members are treated fairly, and are subject to the University’s Student Complaints Resolution Procedure.”

A spokesperson for WARSoc said: “Many students feel unable to report racism either because they do not know where to go, they had a negative/futile experience reporting racism in the past, they are frankly disillusioned with Warwick bureaucracy and its reporting systems.” When asked whether Warwick has done enough to tackle racism issues, they replied: “Not in the slightest.”

While Warwick certainly hasn’t had a clean slate, the results of this external review of the University’s disciplinary procedures and the response that follows will be eagerly awaited by many. Many members of the University will be waiting with one question in their minds: will there ever truly be ‘Dignity at Warwick’? 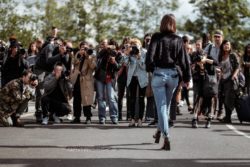