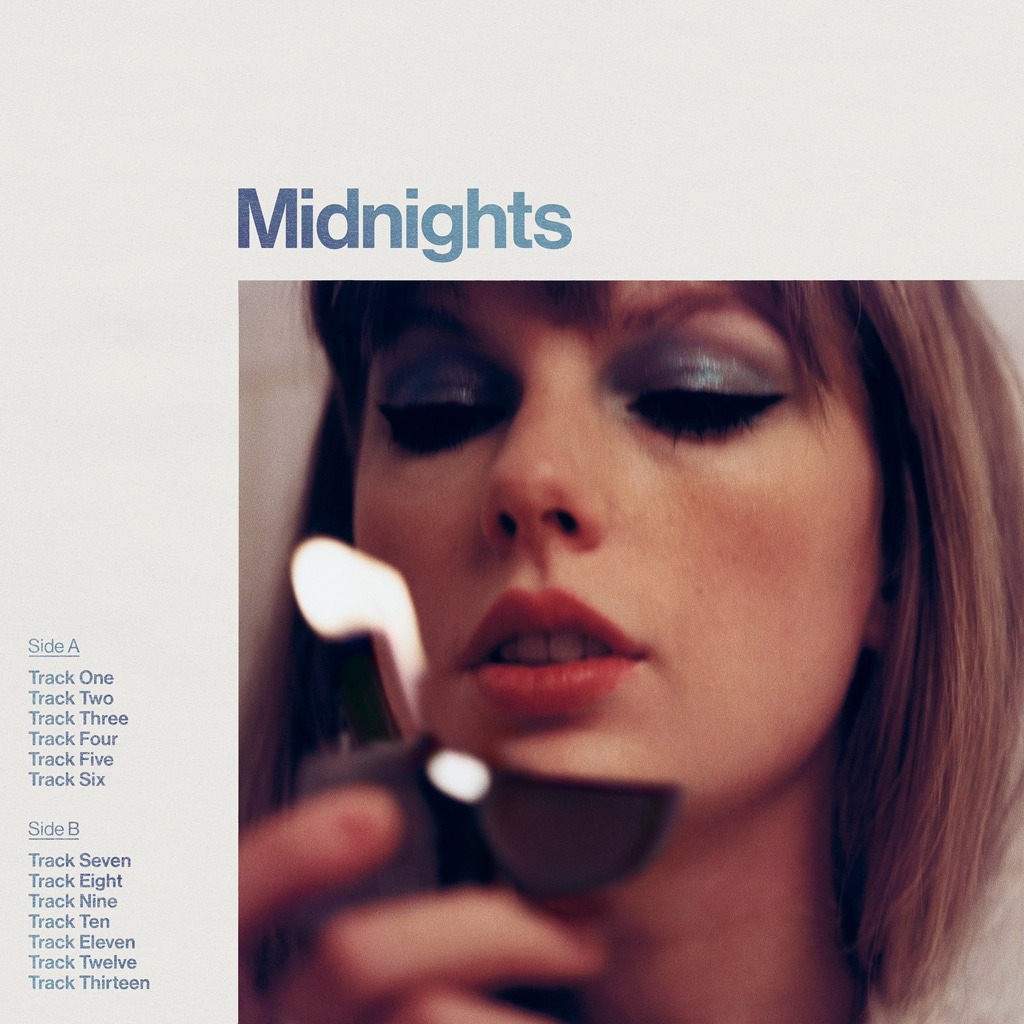 In 2020, Taylor Swift released the sister albums Folklore and Evermore, two folk-pop pandemic passion projects. Between them, the albums told stories of teenage love triangles, nostalgia, and the feeling of needing to escape the hellscape that was 2020. While both albums were heavily critically acclaimed, they left fans wondering what she would do next. Neither album had stadium-worthy anthems or hits written to reside in ‘Top 10 singles’ charts for years to come, or even songs destined to reside in H&M shopping centre playlists for the end of time. So leaving the enchanted tales of Folklore and Evermore behind, Swift decided to return to what she is known for: pop. This time, there is an aura of danger and mystique that has not been in her music since 2017’s revenge-fuelled Reputation.

Telling “the stories of 13 sleepless nights” in Swift’s life, Midnights embodies the honesty of late-night talks, with Swift often being honest to the point of discomfort. On the album’s 13 tracks, she sings about everything ranging from dreaming about being murdered by her family for money (‘Anti-Hero’), coming to the realisation her younger self was always on her own (‘You’re On Your Own, Kid’), or straight-up, out-for-blood revenge (‘Karma’, ‘Vigilante Shit’).

The album is brash, punchy, and drenched in loud, electronic beats

The album’s sound accompanies the lyrics, sounding akin to a darker, more twisted version of Lorde’s 2017 album Melodrama—something which makes sense given they were both produced by Swift’s long-time collaborator Jack Antonoff. The album is brash, punchy, and drenched in loud, electronic beats, and Swift’s voice is often distorted past the point of recognition. Combined with lyrics such as “Draw the cat eye, sharp enough to kill a man” (‘Vigilante Shit’) and “Baby, love, I think I’ve been a little too kind” (‘Bejeweled’), the songs emanate an aura of vicious spite that makes Reputation feel tame in comparison.

This long-pent-up spite penetrates the entire album with very few breaks. One of these is ‘Snow on the Beach’, a so-called ‘collaboration’ with Lana Del Rey which only features her backing vocals. The 1989-inspired, hazy, dream-pop track is the tamest track on the record and provides a much-needed breather while Swift resumes her “cryptic and Machiavellian” (‘Mastermind’) ways in the meantime.

Midnights is not a weak album, per se, but it undoubtedly misses the mark

But there are moments of songwriting so weak on this record that they make Swift’s dangerous façade waver. “You know how scared I am of elevators” is a bizarre way of starting ‘Labyrinth’s pre-chorus. On ‘Anti-Hero’, the line “Sometimes, I feel like everybody is a sexy baby” fails to achieve any of the objectives it set out for itself. Supposedly a reference to the sitcom 30 Rock, the line refers to a joke made in the show about Swift’s dating habits. But even with the added context, the line removes all credibility from the overly-critical persona she adopts on the track. No amount of fury-filled drum rhythms can bring it back.

And falling short is something that is not exclusive to her lyricism on this record. Instead, the entire album falls short, especially when pitted against her older work. Midnights is not a weak album, per se, but it undoubtedly misses the mark. Each song sounds suspiciously similar, with ambient electronics, powerful bass beats, and reverberating synth tones dominating the album. And with the deluxe ‘3am Edition’ of Midnights standing at a whopping 20 songs, the listening experience is tiring as Swift is the only one able to keep up with her unwavering need for blood.

On the other hand, the album lacks the direction and aim that has been present in each of her albums since 2014’s Red. The spiteful need for retribution feels aimless compared to Reputation, the pop tracks are too dulled-down to compare to 1989, and the thrill of falling in love described in ‘Labyrinth’ feels dated and dull compared to songs from 2019’s Lover. The album’s sound is entirely an imitation of Melodrama, while weak lyrics make cracks deep enough for the illusion of the album to shatter.

When you are 10 albums deep into your career, a few blunders here and there are inevitable. Midnights, while unfortunately being one of them, is still nestled in an impressively strong discography. There may be room for improvement, but Midnights will keep Swift’s parched fans satiated until whatever her next release may be. And knowing her everchanging style and desire to evolve, who knows what direction her next album will take?