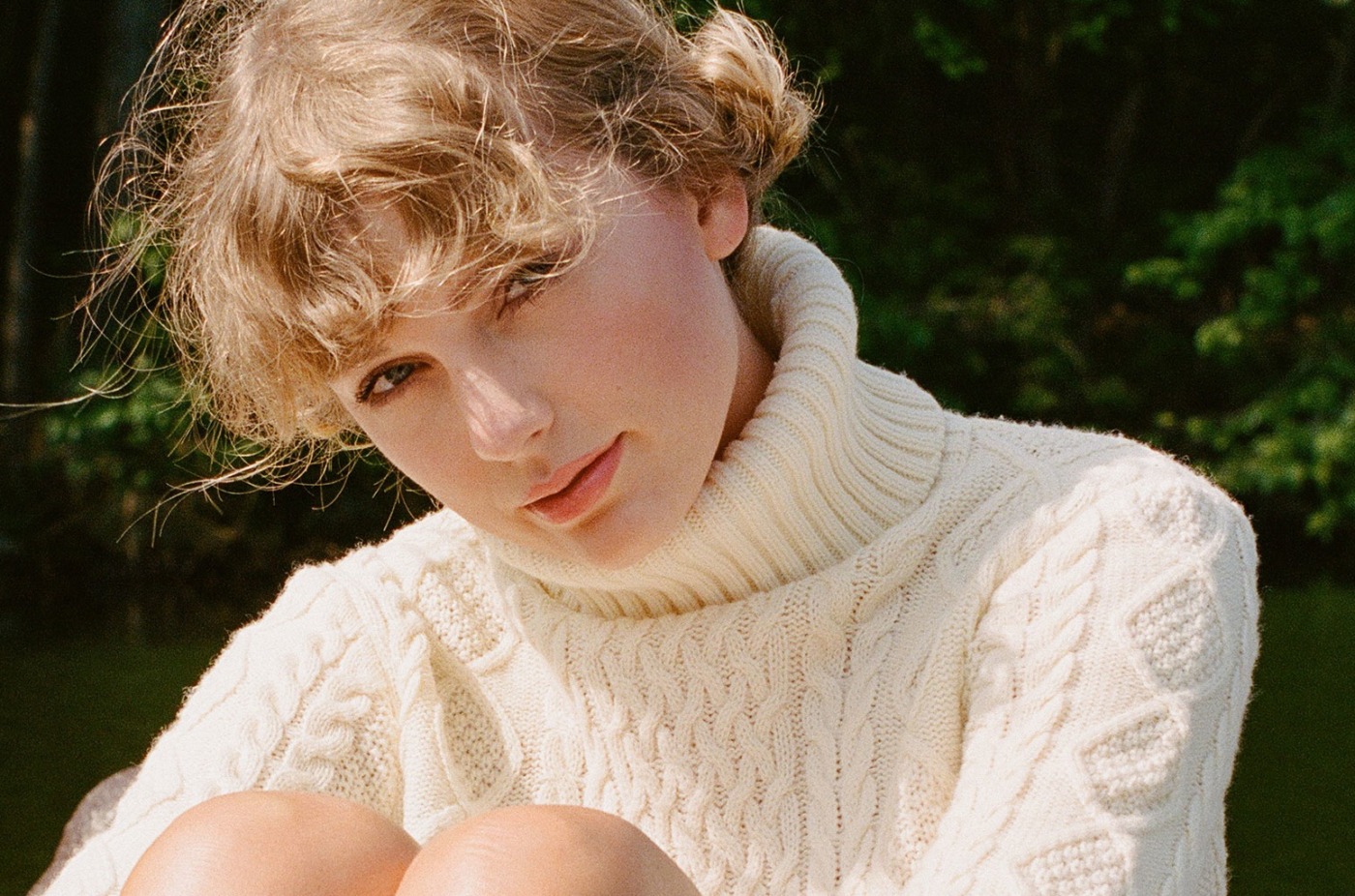 Taylor Swift’s announcement on 23 July came with more surprises than just a new album. folklore, with its black-and-white subdued woodland photoshoot, marked a change in Swift’s direction of music – again. Now on her eighth album since her 2006 debut, she continues to experiment with her style, this time with an alternative, indie-folk turn. Despite this genre shift, she maintains the high lyrical and musical standard that gained her the Billboard Woman of the Decade award.

Having gone from a young country singer to pure pop queen, this move solidifies her versatility and ability to keep her sound interesting and unpredictable. To her fans, this album, despite being a change in genre, is closely reminiscent of some ideas she has dabbled in before. ‘exile’ ft. Bon Iver is like an older sibling of ‘The Last Time’, her collaboration with Gary Lightbody in 2012, with both showing two contrasting points of views in a relationship. ‘exile’ does this excellently in the bridge, with the duo competing to sing – “You never gave a warning sign // I gave so many signs”.

‘betty’, with its driving harmonica and acoustic guitar is a throwback to her country-folk roots. The self-dubbed ‘Teenage Love Triangle’ created with ‘betty’, ‘cardigan’, and ‘august’, demonstrates her brilliance in world-building through taking on others’ perspectives and intertwining consistent plotlines through songs.

The album is a dichotomy between gloriously heartbreaking and deliriously happy. Swift co-produced and wrote the 16-song album alongside Aaron Dessner of the rock band The National, William Bowrey, and her longtime friend Jack Antonoff (who has also collaborated with Lorde and Lana Del Rey). This combination has undeniably worked well, despite being created in the midst of a global pandemic. ‘epiphany’, with haunting choral backing and lyrics of warzones and the COVID pandemic, mirrors current circumstances.

Beginning with ‘the 1’, the vibe of the forthcoming album is set by the piano and acoustic guitar, a toned-down environment in which Swift is arguably at her best. The opening sentence – “I’m doing good I’m on some new shit” – seems fitting as a playful life update. In her social media posts introducing folklore, she explains that she “hadn’t planned” this album until isolation, using writing as a way of “escaping into fantasy, history, and memory”. The product of her escapism will now undoubtedly be a way for others to find the same liberation.

Although a slightly bolder move from Swift, whose discography has a myriad of formulaic catchy tunes, this entrance into a newer territory has paid off

‘invisible string’, comparable to a modern-day version of her 2008 hit ‘Love Story’, describes Swift’s own long term relationship with British actor Joe Alwyn. She consistently draws from old folk tales and stories, as the aptly named folklore implies, with the concept of the red thread of fate connecting soulmates being an obvious influence for ‘invisible string’. The eccentric Rebekah Harkness, the previous owner of Swift’s Rhode Island home – whose escapades involve dyeing a neighbours pet green and reportedly cleaning her pool with Dom Pérignon – inspired the catchy 3rd track detailing her life story, ‘the last great american dynasty’.

The last two songs, ‘peace’ and ‘hoax’, are possibly the most underwhelming, which could partly be due to listening fatigue at the end of a 16-song tracklist – however, they are in no way bad or take away from the finesse of the rest of the album. Moreover, folklore, with its cohesivity, softness and storytelling, is an album that can be considered easy listening. Though this may dissuade some people who perhaps enjoy more upbeat or highly produced music, the album is captivating in its own right.

The first single, ‘cardigan’, was released at the exact same time as the album, along with an accompanying music video. Without a doubt, it’s not the typical Taylor Swift lead single, being almost the polar opposite of its bubblegum pop predecessor ‘ME!’. The album, although lacking in this mainstream radio playability, seems to have been received well by the critics and the charts alike. Although a slightly bolder move from Swift, whose discography has a myriad of formulaic catchy tunes, this entrance into a newer territory has paid off.

folklore is her most mature album yet, and experiments with a new image for Swift, whilst remaining familiar to her fans. Full of expertly spun third-person narratives and personal stories, her singing and songwriting are at centre stage, leaving behind highly produced pop songs in exchange for softer, intimate, alternative masterpieces. True to its name, folklore is a timeless album full of captivating tales.