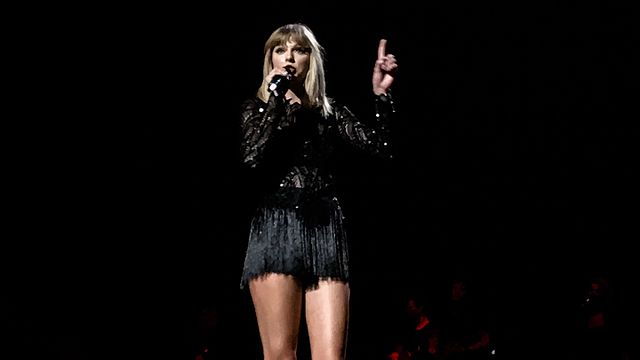 ‘Red (Taylor’s Version)’ is an ode to heartbreak, freedom and newfound adulthood

When A-List celebrity manager Scooter Braun sold Swift’s masters for $300 million in 2020, Swift lost ownership over her music. As such, she began a long and arduous process as she announced she was going to rerecord her albums – and include previously unreleased ‘Vault Tracks’ – to regain said ownership. Red is the second album she has re-recorded, and Swift’s talent is clearer than ever as she returns to the songs that made her so popular when the album was first released in 2012.

Red is an honest, in-depth exploration into the highs and lows of your 20s. With the original Red standing at a whopping 18 songs long, and Red (Taylor’s Version) extending to 30, critics originally thought it felt more like an amalgamation of songs rather than a cohesive album. And to a certain extent, they are right. Neither version of Red is cohesive, because they are not meant to be.

The addition of nine vault tracks only adds to the length of Red (Taylor’s Version), and perhaps this addition is what is most rebellious of all. As she has done countless times during her career, she has embraced criticism and made it her own – such as her adoption of snake iconography after Kim Kardashian referred to her as a snake in 2016. And despite its unconventional album format, Red (Taylor’s Version) works.

It is difficult to review an album that has been out for so long through the lens of novelty. But listening to Red (Taylor’s Version) is like listening to the album for the first time again. It still feels as fresh, poignant, and relevant as when it was first released – arguably, even more so. Swift’s fanbase has grown up alongside her. Although lyrics about heartbreak, freedom, and adulthood may have felt foreign before, the time in between albums has allowed a generation to grow up and reflect on newfound independence.

Red (Taylor’s Version) outshines the original Red by a landslide

Red (Taylor’s Version) feels more like an ode to Red than a re-recording. Swift is paying homage to the songs that shaped her into the person she is today. The best example of this is the extended 10-minute-version of ‘All Too Well’, a song that may well be the strongest in her discography. Accompanied by a short film featuring Dylan O’Brien and Sadie Sink, Swift masterfully crafts an ode to both her past self and those who have grown up alongside her – her fans.

The most striking difference between the original Red and Red (Taylor’s Version) are her vocals and the production. Both have improved significantly, making the album feel crisp and fresh. The passion in her voice shines through as the listener accompanies her to revisit a tumultuous time in her life. The only song where her vocals and production fall short is ‘We Are Never Ever Getting Back Together (Taylor’s Version)’. The awkward production makes her sound overzealous and shallow, and the “we” at the beginning of each chorus is so high-pitched it feels painfully out of place. Even her spoken word when she interrupts the song to say “Ugh, so he calls me up and he’s like, “I still love you…”” (and so on) falls short and lacks the punch of the original version. But despite this minor hiccup, Red (Taylor’s Version) outshines the original Red by a landslide.

The only ‘new’ material on Red (Taylor’s Version) are the Vault Tracks. Their consistently high quality proves her talent as a songwriter – it feels impossible that these songs were the so-called “rejects”. ‘Nothing New’ is a collaboration with Phoebe Bridgers, and Bridgers’ Midas touch makes the Joni Mitchell-inspired track stand out as one of the best on the album. Similarly, ‘Message in a Bottle’ is a fun, upbeat pop song that would blend in seamlessly with songs on her following album ‘1989’. On the other hand, ‘Forever Winter’ is a painfully poignant tale of miscommunication between two star-crossed lovers. It feels like the perfect conclusion to Red (Taylor’s Version) – an album often associated with “autumn leaves falling down like pieces into place”.

“Red is about to be mine again, but it has always been ours,” writes Swift on the caption of her album-release announcement post. Re-recording such a critically appraised album that is so beloved by fans is no easy task, but Swift has expertly risen to the challenge and has produced some of her best work yet. With four more albums to re-record, there is a lot to look forward to in the coming months. And with Swift inviting fans to join her on a nostalgia-ridden journey, it is impossible to know what other surprises the artist has in store.

WE RECOMMEND: ‘All Too Well (Taylor’s Version) (10 Minute Version)’