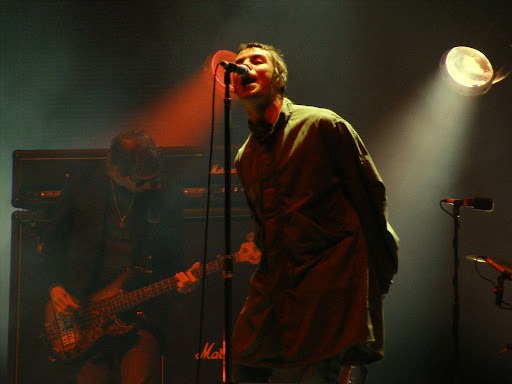 We’ve all had that feeling when listening to an established, acclaimed artist’s latest work, that their music just doesn’t connect as hard as it once did. Like, are the Foo Fighters ever gonna produce a better song than ‘Everlong’? Probably not. Will bands like the Kaiser Chiefs ever release a record better than the first half of their debut? Definitely not. It’s a common yet discomforting phenomenon. Partly because no one would want to be a stick in the mud, removing themselves from the zeitgeist of ‘newer equals better’, and (most importantly) it would force one to confront the reality that their beloved artist has perhaps passed their peak.

But finding the silver bullet of explanations for this is difficult. Of course, every artist is different, every music listener has their particular desires from music, and there are in fact many different circumstances that contribute to the all-too-familiar situation.

Probably the most introspective, spiritual catalyst for the production of great music (and great art generally) is the relationship between beauty and pain. Probably the greatest triumph of the human condition is its ability to translate grief, tragedy, and deprivation into beautiful, artistic spectacles. Phrases like ‘necessity is the mother of invention’ aren’t accidental. For instance, ‘Everlong’ was written after Dave Grohl had been homeless and gone through a divorce, and was finding love again. Times of great scarcity allow artists to experiment and hone their craft, and typically it’s presented in its most true form. Once prosperity is reached, the fire that fuelled such creativity tends to wane – bands like Oasis are a prime example. What makes their first two LPs so captivating is their unapologetic, loud, and melodic take on alternative rock inspired by 60s British pop-rock, with a songwriter who viewed music as an escape from an abusive home and a dire working life. Their third album fell apart largely because of the decadence that those two albums afforded the band.

When listeners are dictating a musician’s creative output, the artist tends to fall behind and be pigeon-holed, thus becoming at best a relic and at worst obnoxiously stale

Of course, there are simpler reasons. Music Youtubers like Anthony Fantano especially have picked up on the significance of artists engaging listeners on their own terms. When artists do this, I like to call it their ‘legacy mode’. The Who’s Tommy, Radiohead’s Kid A, Kanye West’s My Beautiful Dark Twisted Fantasy are all examples of artists challenging their listeners by deciding to produce ambitious projects that may prove legendary in years to come. When listeners are dictating a musician’s creative output, the artist tends to fall behind and be pigeon-holed, thus becoming at best a relic and at worst obnoxiously stale. There are bands who remain unchanged in their musical convictions and are still rated (The Strokes for sure), but usually fans make no bones about their debut effort being their finest hour (Is This It still epitomises The Strokes).

The attitude the artist has towards their work can’t be discounted when deciphering this situation. In a revealing interview with Joe Rogan, Billy Corgan of Smashing Pumpkins fame conceded that by the late 90s his success blighted his potential to produce quality music. His capacity to be objective about his material was stymied by the accolades and his role as producer as well as principal songwriter. Humility does go a long way in crafting outstanding art, and people can spot self-indulgence with ease.

Though, a simple disconnect between the artist and their audience can result in a big discussion as to whether they’re past their best. An artist may feel their place in the musical landscape lies somewhere which may not satiate their fanbase, or they may head in a direction sonically that has them overestimate their songwriting ability that leaves their fanbase alienated. Would it be too harsh to claim that Arctic Monkeys’ Tranquility Base Hotel & Casino exemplifies the latter?

Even if an artist is over the hill, maybe we’re better off celebrating the glorious heights they did reach

Yet we can’t ignore the power time has on our perspective on art. There is no such thing as an instant classic – time distorts perceptions of music all the time. For example, contemporary artists to The Beatles like Ray Davies of The Kinks panned Revolver, believing Rubber Soul was a vastly superior outing. Now, as it recently turned 55, the album’s impact on popular music is undisputed.

Even if an artist is over the hill, maybe we’re better off celebrating the glorious heights they did reach. Without them, we probably wouldn’t be the people we are today, and the expectations we have for them wouldn’t have existed in the first place. Of course, we can always discover new artists who are hitting their creative peak as we speak.