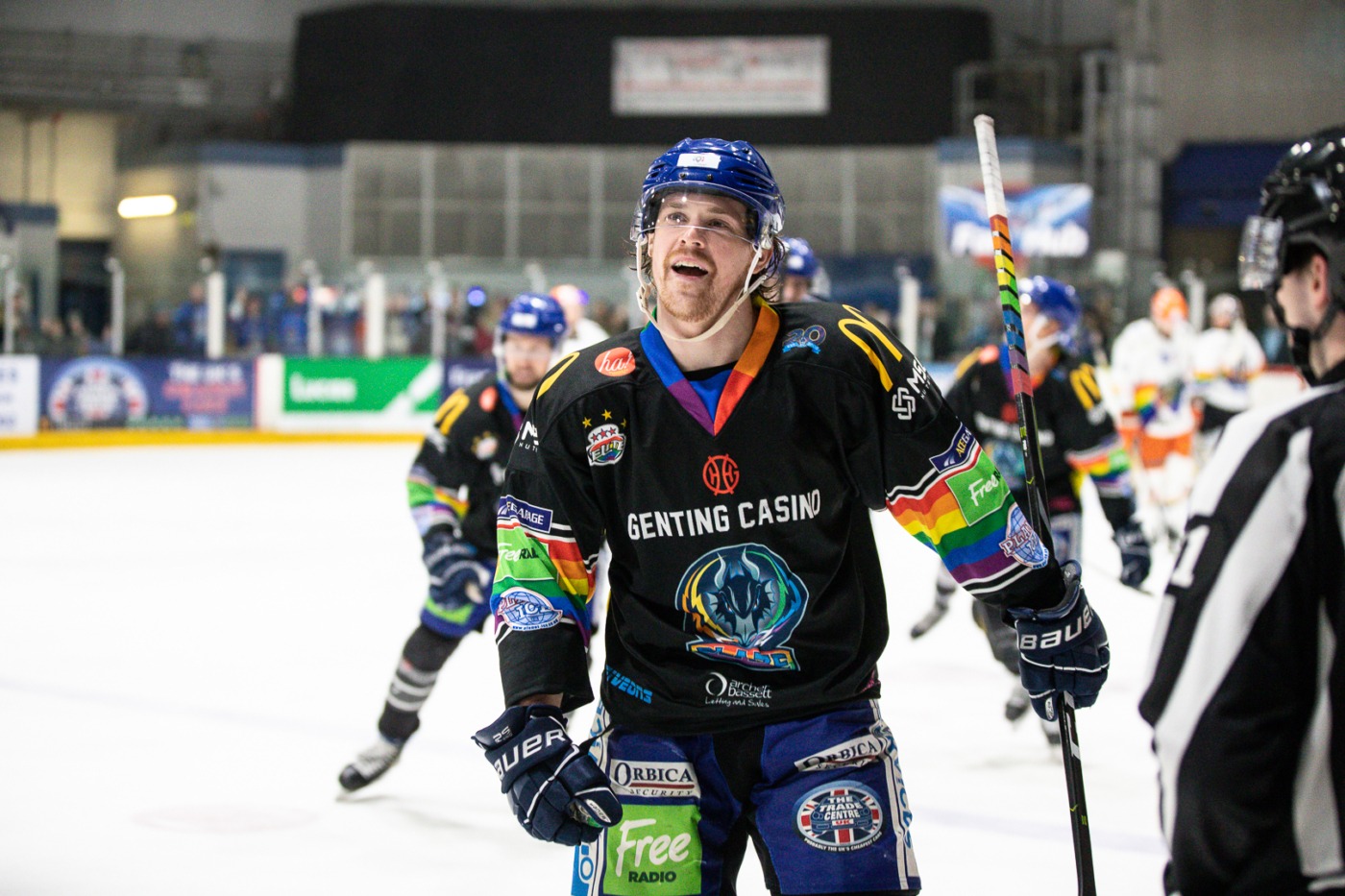 Evan Bloodoff will spend a second season in the blue and white of the Coventry Blaze after signing a one-year extension with the Elite Ice Hockey League outfit.

The 30-year-old forward spent 2019/20 in the West Midlands, joining Coventry having already racked up 97 points (62 goals, 35 assists) in 110 EIHL appearances for the Fife Flyers.

In his debut season at the Skydome Arena, Bloodoff scored 22 goals and registered 13 assists on route to helping the Blaze finish a coronavirus-hit season third in the standings. The 5’11” winger also put up seven points (five goals, two assists) in nine Challenge Cup outings before Coventry’s elimination.

Of the British Columbia-native’s return, Coventry Blaze head coach Danny Stewart said: “Bloods is a consistent producer in our league, and scoring the number of goals he has in three seasons isn’t easy to do, or find as a coach.

“We love his North/South style of game. He’s very direct, plays heavy and is willing to go to hard areas to get rewarded. We committed to Bloods for the 2020/21 season and wanted to honour that deal again after a difficult year for everyone.  We believe he continues to make us better and will be a big part of our club again.”

Prior to his Elite League arrival, Bloodoff iced in almost 330 ECHL and AHL regular- and post-season contests, accumulating over 170 points. In 2014/15, the former Flyer helped the Florida Everblades win the ECHL Eastern Conference title, amassing 32 points in the process.

The left-shot winger began his hockey journey with the Kelowna Rockets, where he made 327 appearances, spent two years as an associate captain, and won the 2009 WHL title. Bloodoff’s 118 major-junior points also saw him selected in the sixth round of the 2009 NHL Entry Draft by the Arizona Coyotes, where he later scored in an exhibition game.