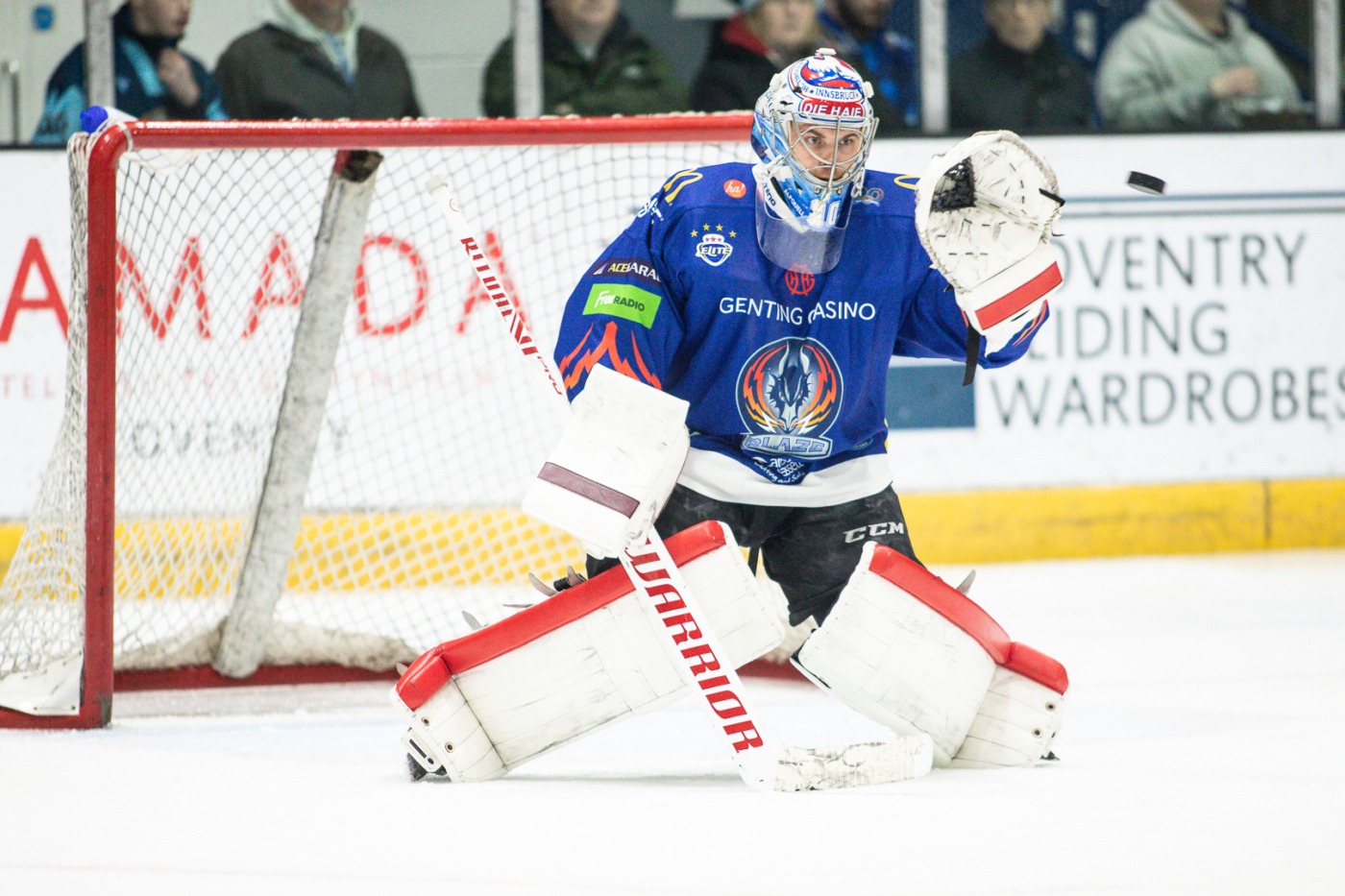 The Coventry Blaze have announced their first import signing of the season, with 29-year-old goaltender C.J. Motte agreeing to return to the Skydome Arena.

The 6’0” St. Clair, Minnesota native spent the second half of the 2019/20 Elite League campaign with the Blaze, during which he quickly became established as a fan favourite.

“Motte is a huge signing for us,” Coventry Blaze head coach Danny Stewart told the club’s website. “He came in last season and gave our group an injection of confidence from his first game.

“He competes for every puck, and allows us a chance to win every game. Guys like playing in front of him and will battle for him, knowing he will do the same.”

Motte made 24 appearances in blue and white before the 2019/20 season was curtailed, registering an EIHL-leading .927 save percentage. The American netminder also played a key role in Coventry’s 17-game unbeaten run and upheld a 2.52 goals-against-average during his time in the West Midlands.

Having agreed to return to Coventry for another season, Motte spent 2020/21 in his native United States due to the EIHL’s cancellation. However, the former Iowa Wild netminder made good use of his time, upholding his sterling ECHL and AHL resume by featuring in the Allen Americans’ run to the semi-finals of the Kelly Cup Playoffs and earning a call-up to the Bridgeport Sound Tigers.

The Blaze will return to action on the weekend of 18-19 September in the Challenge Cup, with the EIHL regular-season set to begin a week later on 25-26 September.

Today’s announcement came as a surprise to Coventry Blaze fans. Having watched C.J. Motte set the league on fire in 2019/20, it seemed unlikely that the 29-year-old would return to the Skydome after being forced to spend a year away due to the pandemic.

However, the improbable outcome has come to fruition. Coventry has their Minnesotan goalie back – and Danny Stewart is understandably delighted about it. Here’s why.

Do you remember Motte’s home debut for the Blaze?

It was an 8-3 win over the Guildford Flames (Coventry wore their BadlyDrawn Christmas jerseys and scored six unanswered goals to open the game). Motte was fantastic. Of his performance that night, I wrote:

“Motte, a direct replacement for the recently-departed Jamie Phillips, was particularly impressive while in possession of the puck, intercepting, and passing courageously throughout the match.” (I’m glad to see my writing style has been de-footballed since 2019.)

And although my abiding memories of Motte’s first stint in Coventry are of the saves he made; it’s also worth remembering that the 29-year-old takes a holistic approach to the sport. The American is the kind of goalie defencemen enjoy playing for because they know he is worthy of their trust.

Motte is a fantastic signing and his return is a significant statement of intent from the Blaze. 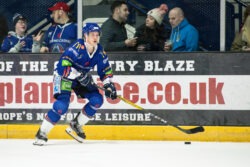