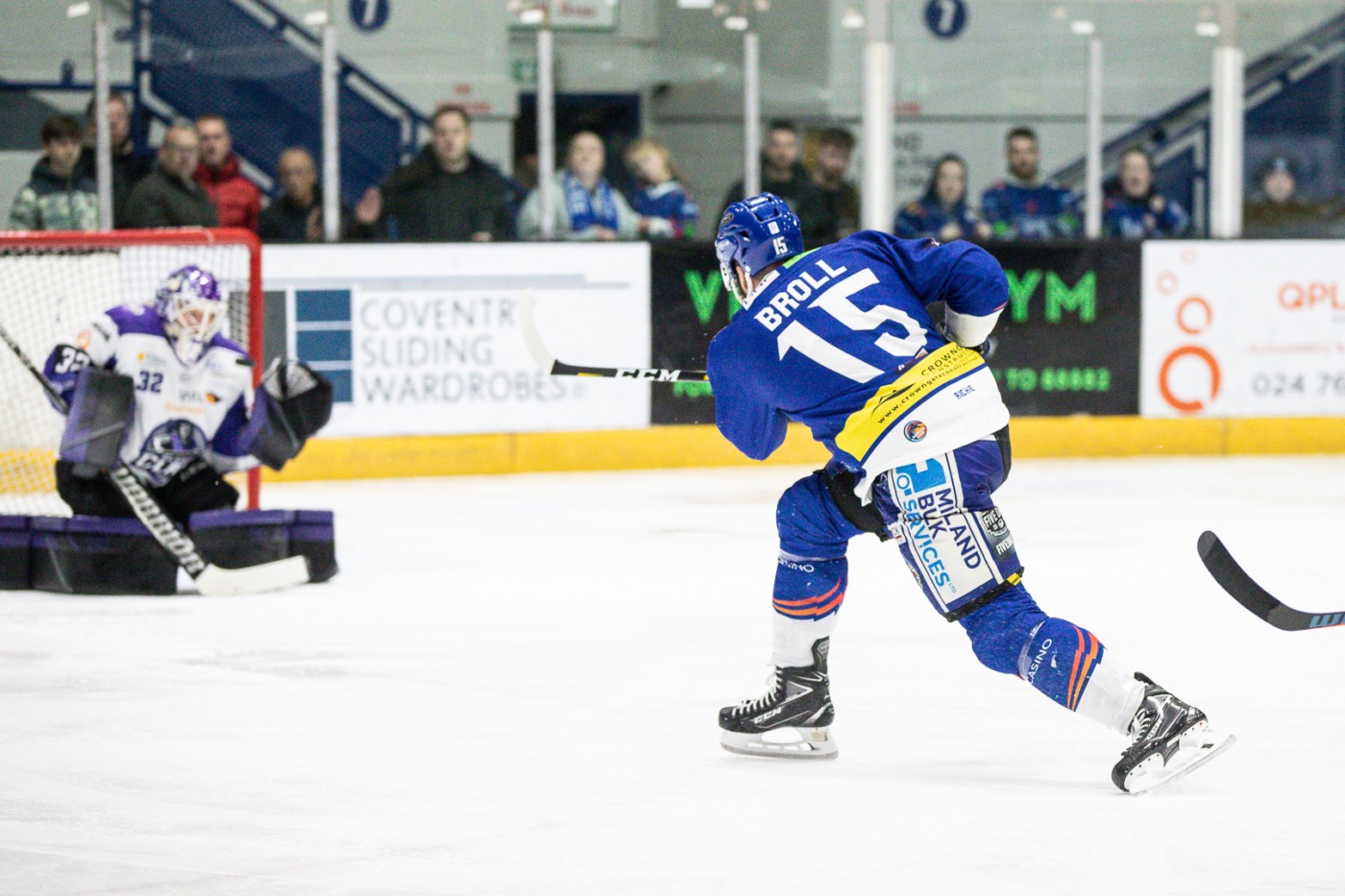 Five-time NHLer David Broll will return to the Skydome Arena for the 2021/22 season, the Coventry Blaze has announced.

The 28-year-old winger played a key role for the Blaze in 2019/20, registering 21 points (ten goals, 11 assists) in 43 Elite League competition games before re-signing for the following campaign.

However, with the British season cancelled due to the Covid-19 pandemic, Broll spent last term in the ECHL, first as an associate captain with the Indy Fuel and later for Andrew Lord’s Greenville Swap Rabbits. During his time in the USA, Broll collected 16 points (four goals, 12 assists) in 44 regular- and post-season appearances.

Of the Canadian’s return, head coach Danny Stewart said: “Broller is a big part of our organisation and group, and getting him back was a big priority for us. He has an on-ice presence that fills our players with confidence.”

“His size makes him difficult to deal with for opposing d-men and he also has good skill. He skates well, has good hands and can fire the puck. During his season with us, before his injury, he was on pace for 15-20 goals, and we feel he can do that again.

“He is a leader on and off the ice, and he buys into the organisation. We all need players like him in our league. He is active amongst the fanbase, in the community, and a fan favourite. We’re really happy to have him back,” Stewart added.

Drafted in the sixth round of the 2011 NHL Entry Draft by the Toronto Maple Leafs, Broll quickly became a fan-favourite in Coventry, winning the Clubman of the Year Award while serving as an associate captain.

In addition to his five caps and single assist for the Maple Leafs, Broll made over 300 appearances in the AHL before moving to Europe, most notably with the Toronto Marlies, Syracuse Crunch, St. John’s IceCaps, and Laval Rocket.

The Mississauga-native was also selected for the ECHL’s All-Star Game in 2014/15.

Coventry’s first game at the Skdyome Arena since last March is scheduled for Wednesday 15 September, with the Blaze hosting the Manchester Storm in the first leg of the pre-season Planet Ice Cup.