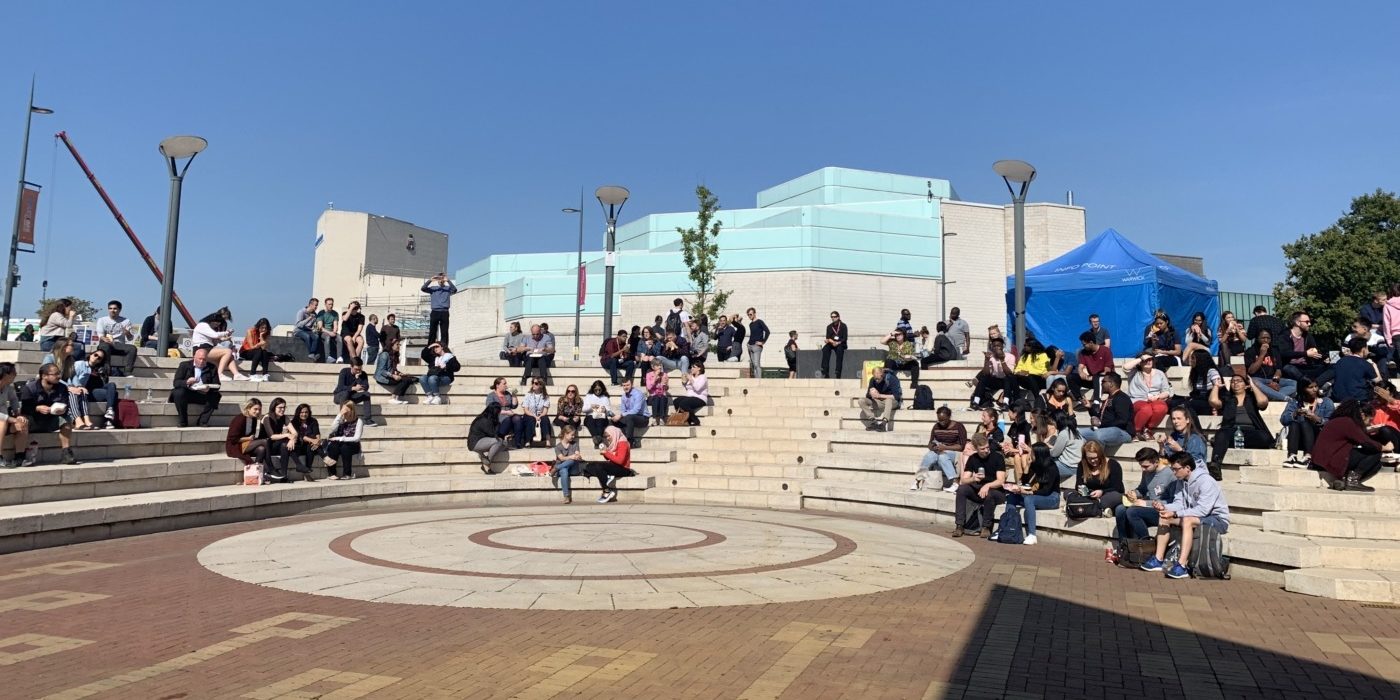 The University of Warwick has declared a ‘climate emergency’ and committed to zero net carbon emissions by 2030 during a climate strike by Sustainability at Warwick.

Announced by the University’s Provost Professor Christine Ennew on today’s Global YouthStrike4Climate, Warwick has declared that it is in the process of building a master plan that will include a series of “bold actions” to try to reduce its impact on global warming.

“So we’ve decided that we are going to declare a climate emergency. So, we will commit to zero net carbon from our direct emissions and from the energy that we buy by 2030.

“And we will commit to zero net carbon from our direct and indirect emissions by 2050. We will embed this in a series of bold actions that will be reflect in our master planning and in our related implementation plans.”

According to the University, Warwick’s strategy for 2030 includes “an explicit commitment to develop sustainable transport, energy and a green campus“, in addition to embedding “sustainable development principles”.

To achieve this, energy used “in buildings, new and old” will be substantially reduced; investments to “decarbonise” the energy used will be made; “behavioural change” will be encouraged for the campus “and far beyond”; amid other measures.

Transport will also be decarbonised “through electric vehicles, further reducing single occupancy car use, enhanced use of public transport, cycling”, as well as reducing travelling through “online communications and flexible working”.

Acknowledging that “the alignment of policies and infrastructures such as public transport and ongoing decarbonisation of the UK electricity grid” will be necessary in achieving said targets, the University also welcomed the recognition by councils in Coventry, Warwick district and Warwickshire County of “the same acute global crisis“, each having “declared a state of climate emergency”.

The announcement of a ‘climate emergency’ was also prefaced by a statement of support from Warwick Students’ Union (SU)’s President Ben Newsham, who expressed that now is the time for the University, SU and student body to unite to make both high-level and behavioural changes.

He said: “This will require cultural change and commitment from every single one of us but that is exactly what is required if we are to see off this threat.”

About 100 members of staff and the student body took to the Piazza to strike and hear the announcements from Mr Newsham and Ms Ennew. The University sent an email to staff this morning to express their official support of the strike action.

The University added that they will continue lobbying for “more sustainable transport links to campus through rail, very light railway, cycle provision, and road improvements to reduce congestion and thereby cut emissions.”

This announcement follows a series of protests and petitions sent to the University by students during the last academic year.

At the end of the day, this is a war against ourselves for our own survival

Student societies GLOBUS, Global Sustainability Development (GSD) society and Climate Reality all united efforts in January to form the Coalition, a group intent on achieving a declaration of climate emergency from the University.

The Coalition submitted a petition written by students in March outlining this demand, in addition to calls for the University to commit to achieving Scope 3 net carbon neutrality by 2030.

Scope 3 net carbon neutrality involves reduction of both direct and indirect carbon emissions. Editor-in-Chief of GLOBUS Todd Olive suggests that this would involve the University working with other significant actors in the region to make strategic joint decisions in areas such as energy and transport.

The University today has committed to Scope 2 net carbon neutrality by 2030, with intention to achieve some Scope 3 elements by 2050.

Reacting to the University’s declaration of commitments, Todd Olive told The Boar: “At the end of the day, this is a war against ourselves for our own survival.

“Today, Warwick has taken a huge step in the right direction, and I look forward to seeing the detailed, wide-ranging proposals for climate action and collaboration with students from across the institution that must now follow to ensure that the promise of this announcement is realised.”