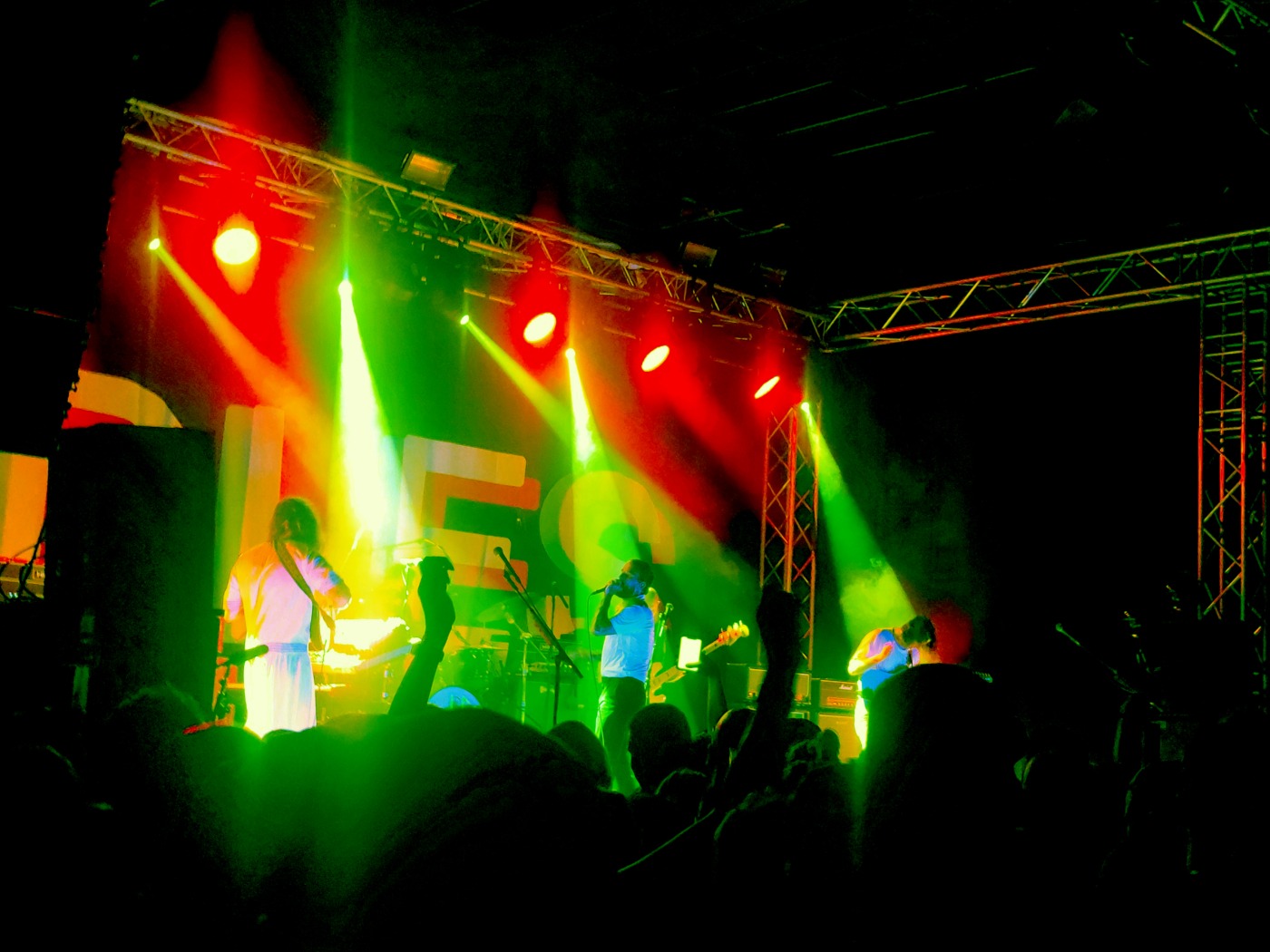 Seeing IDLES live is like going to mass, but louder and more political

Going to an IDLES concert is oddly similar to going to mass. There are obvious differences, of course. An IDLES gig has a lot more screaming, people are packed closer together, and the lighting is considerably more colourful. But the sense of unity over something bigger than oneself remains the same. And when vocalist Joe Talbot’s cries of “Forgive me, father/ I have sinned” fill the soldout 2500-person-capacity HMV Empire during ‘Colossus’, the opening number, it is clear the Bristolian punks’ service has begun.

Leading this sermon, of course, is Talbot. He may not be wearing priest’s clothes but his message is still loud and clear: “Are you ready to look after each other?” he bellows, moments after encouraging fans to charge at each other as he parts the crowd, much akin to Moses’ parting of the Red Sea.

The band’s convictions are strong, and if you do not agree, then an IDLES concert is not the place for you

But for all of Talbot’s preaching about looking after each other, the disconnect between his words and the group of people around us could not have been more evident. Sandwiched between drunk middle-aged men three times my side, I felt unsafe. I have braved my fair share of moshpits before, but the disregard people showed for those around them meant I was thrown about, elbowed, and even had someone shout in my ear. But after making a beeline for the side of the venue and catching my breath, I was ready for the real enjoyment to begin.

As the band played song after song, it became increasingly difficult to take your eyes off of them. Talbot crouches as he moves around the stage, eyes wide with anger, passion, fear, and everything in between. As he acts out some of the lyrics and sings with faultless intonation and diction it is clear: the band’s lyrics are not just there to fill the space left by the music. Instead, their lyrics are what take centre stage. And if that was not enough, Talbot introduces each song, adding a layer of meaning for those who perhaps had not listened to their lyrics. ‘Danny Nedelko’ is a love letter to immigrants, ‘Divide & Conquer’ is a scathing commentary on the potential privatisation of the NHS, and ‘The Wheel’ is about his alcoholic mother. The band’s convictions are strong, and if you do not agree, then an IDLES concert is not the place for you.

IDLES and their fans are not just ready to criticise society, but to actually make a change

What’s more, IDLES’ songs naturally lend themselves to chants of unity and solidarity, deepening the comparisons between the gig and a mass. But, unlike the latter, an IDLES concert is much more political. At times, it was more like a protest. Rhythmic chants of “The best way to scare a Tory/Is to read and get rich” during ‘Mother’ fill every nook and cranny of the L-shaped venue. Similarly, the unanimous cries of the people around us of “I’ll shut my mouth/Let’s hug it out” at the end of ‘Never Fight a Man With a Perm’, (a song about toxic masculinity) make it clear that IDLES and their fans are not just ready to criticise society, but to actually make a change.

But for all of Talbot’s deathly seriousness and cries of discontent during the majority of the performance, moments of comedy shone through. This made him come across as a fairly likeable guy, someone who you could see yourself going to the pub with. From comparing the band to Nickleback to asking his light technician (whose name we quickly learnt was Jeremy) to turn on the lights because he’d stepped on his setlist and couldn’t see what song was next, Talbot made sure to strike the balance between stardom and approachability. But also, from a strategic point of view, his genuine likeableness means the band is able to reach an even wider audience than if they were to stick to their overtly political lyrics.

The intensity of seeing IDLES live cannot be underestimated, and even if I was initially unlucky with the people around me, the overall thrill and buzz of the night meant leaving the venue with a sense of purpose and excitement, but more importantly, hope for the future. IDLES are here to make a change, and if you don’t like it, you can leave.