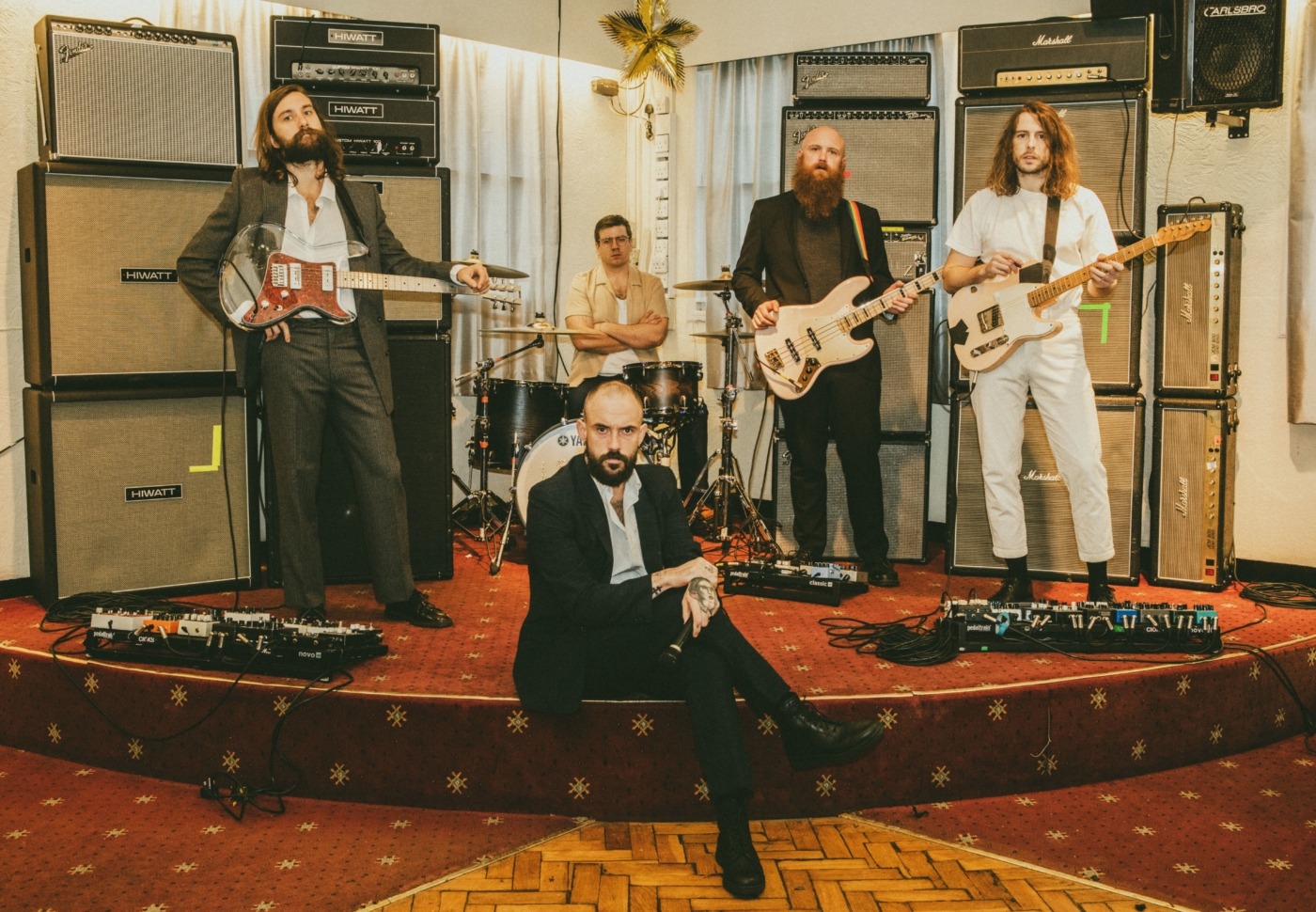 IDLES ‘Ultra Mono’ is provocative post-punk for the pandemic generation

An open goal isn’t always easy to score. For Bristol’s scene-leading IDLES, 2020 has been a year of constant post-punk potential: a global pandemic and its implications on employment, welfare and class; a renewed focus on environmental and civil rights protest; and the death throes of one of the most unpopular presidents in US history. So great is the material IDLES need to explore that simply condensing it into twelve tracks sounds impossible, never mind weaving a protest narrative between them.

Perhaps the greatest strength of Ultra Mono, then, is that the band’s third LP feels like their tightest yet. IDLES have finessed their instrumental resistance to a point where every track – despite not breaking much new structural ground – punches with authenticity.

Fans will debate whether its sloganeering is as potent as 2018’s Joy as an Act of Resistance, but there’s no denying Ultra Mono’s power for countercultural good.

The five waste no time. The opener, ‘War’, lays its cards out immediately, revelling in distorted riffs and relentless percussion. Long before vocals arrive, it can only be IDLES. Their unique ability to sound polished and dirty at the same time is here, and stronger than ever. If you were worried that frontman Joe Talbot’s brand of revolution was gone, the howled chorus of “this means war / Anti-war” should calm your nerves.

The following singles ‘Grounds’ and ‘Mr Motivator’ – unusual for an affirmation track, satisfying on a second listen – kick with the same grimy instrumental weight. Nick Launay may have experience with everyone from Anna Calvi to Arcade Fire, but he and fellow producer Adam Greenspan truly excel here, where feedback and reverb are perfected to underscore the chaos.

There may not be too many surprises in IDLES’ studio resources, but they remain masters of getting the most out of a limited toybox

That’s not to discredit IDLES themselves, though, as these performances are as raw as ever, carrying the atmosphere of a small venue all the way to the MP3. Some have taken issue with the LP’s closer overall sound: Talbot and co have certainly stripped back their excess styles, however while Ultra Mono’s palette sounds more unified, it hardly feels limited. The track list’s variety is still impressive. There may not be too many surprises in IDLES’ studio resources, but they remain masters of getting the most out of a limited toybox. The excellent riffs go a long way, and without exception every track has an instant signature so recognisable that Ultra Mono even plays well on shuffle.

There’s an unfortunate side effect of this, though. The band’s alternative exploration of issues is broad, even in comparison to Brutalism and Joy. What’s missing is their narrative through lines. In tackling so many isolated topics, Ultra Mono can feel more anthology than arc, and one that’s sometimes disordered. Concerning mental health, it makes little sense for the class-centric ‘Carcinogenic’ to come later than ‘Anxiety’. More worrying is their lyrical continuity. Respectively, these tracks feel startlingly similar to Brutalism’s ‘Mother’ and ‘1049 Gotho’, now three years old, even down to their rhythm and pacing.

Missteps exist in linking tracks, too. Multiple times, tracks finish with a section of gig-inspired setup, gearing up for the following song. Why compromise the ending punch of one track to lead into another? It’s an uncharacteristic mistake for IDLES, felt hardest in the singles.

All are enjoyable in their progressive rallying cries, yet it’s hard to shake the feeling that IDLES are better when on the attack

Luckily, each track stands strong regardless of focus. Ultra Mono may lack a positive, marketable equivalent to Joy’s ‘Danny Nedelko’, but each bite remains strong. ‘A Hymn’ is a foggy tale of insecurity and regret, in stark contrast to the anti-fascist jabs of ‘Model Village’. It’s a rare dissection of the rural right-wing, and their manipulation by the Murdoch press. Pointed and satirical, it may be IDLES’ funniest effort yet. Even if their target once “got with every girl in the village”, is that really much of an achievement?

Talbot’s snarling vocals paint a picture of class war, political failure and popular resistance reminiscent of their earlier material, only the zeitgeist has new stories. Protomartyr’s Ultimate Success Today nailed its appropriation of business and investment speech, but the sheer breadth of Ultra Mono’s material is outstanding.

The most surprising is ‘Ne Touche Pas Moi’, an unexpected protest for sexual consent, featuring Savages’ Jehnny Beth. The allegation that the band’s lyrics are more slogan than substance may reappear here – see the repeated shouts of “Consent!” – and perhaps it feels unusual from an all-male group, but it’s an instantly catchy hit. IDLES have long faced criticism, with support acts almost absent of womxn, but the track is a well-made attack on exploitation. It’s typically memorable and assertive, even if the reminder that “This is my dance space” would hit better if the nation’s nightclubs weren’t closed.

One can’t accuse IDLES of dodging criticism, either. Whether in relation to their sincerity, songwriting or alleged quietness regarding Black Lives Matter, at least three of the twelve tracks (‘Grounds’, ‘Mr Motivator’ and ‘The Lover’) take aim at their detractors. Again, all are enjoyable in their progressive rallying cries, yet it’s hard to shake the feeling that IDLES are better when on the attack. With so many of their upwards-punching lyrics hitting strong, it’s unusual to hear them on the defensive.

Fundamentally, Ultra Mono is an album for 2020, a year in which disaster and hardship seem tailor-made for IDLES. Whilst it was written pre-COVID, Talbot’s all-encompassing look at post-Brexit Britain is intelligent and contemporary, covering ground both fresh and previously explored. The album may not be the band’s magnum opus, nor will it silence those who pick holes in their craft, but the biggest name in British post-punk have delivered. In addition to great LPs from Porridge Radio, Protomartyr and Sports Team, it’s fair to say that 2020 has lived up to its protest potential.