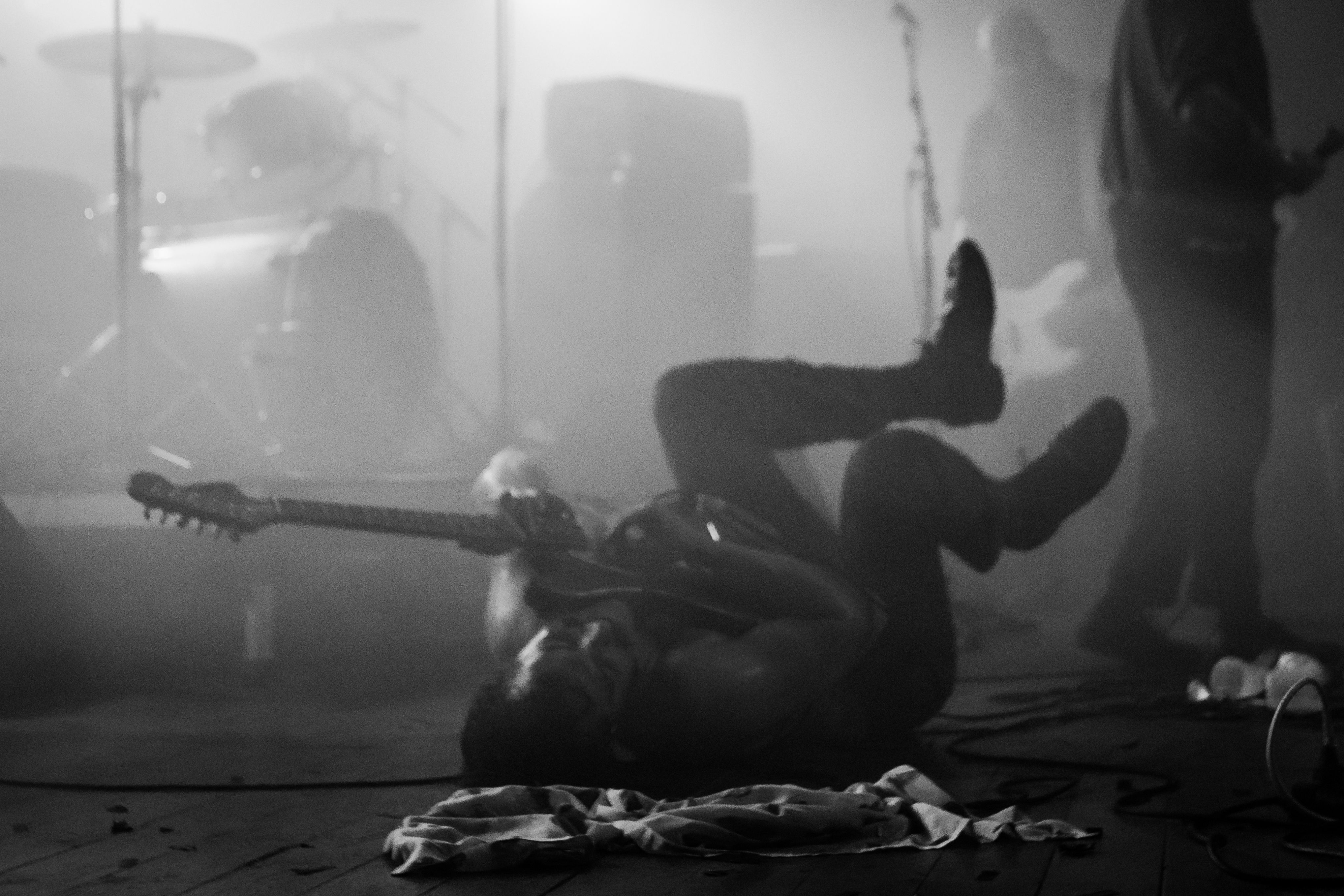 A year after their highly acclaimed debut, Brutalism, Idles began to release a very inconsistent string of singles. These ranged from the veritable step forward of ‘Colossus’, which successfully delivered on a more unique song structure for the band (as well as complex and darkly proverbial lyrics), to ‘Great’, which seemed to regress in its embrace of the trite possibilities of the band’s unifying and optimistic worldview.

‘Colossus’ begins their newest album with a clattering and repetitive percussive section that is strangely melodic, jarringly and brilliantly divulging into a fuller and more assaultive pattern of drumming. All the while, Joe Talbot’s vocals (which start out unusually soft, like a pub-owner telling you a bedtime story) begin to embrace a hellish fury. Even the band’s trademark post-punk style of driving guitar rhythms become distorted and strained, providing a textured and eminently listenable recording that belies the lengthy slow-build style of the track. This was the single that truly excited me, and it’s a solid choice as opener, especially as its style may have sounded strange in between some of the shorter and more catchy tunes.

The link to Talbot’s own life is truly saddening, making the band’s positive approach to lyricism and advertising admirable

‘June’, another slow track, lets the album down with a sound that just isn’t as necessary. Despite this, slow crashing guitars punctuate an incredibly bleak track, which references a famous piece of flash fiction often attributed to Ernest Hemingway: ‘For sale: baby shoes, never worn’. The link to Talbot’s own life is truly saddening, making the band’s positive approach to lyricism and advertising admirable. Even whilst not producing an amazing song, such lyrical and musical flourishes make every song suggest some kind of ingenuity, and the raw emotion still provides this track with the appeal of spoken word.

If the description of these two tracks contradicts the hilariously sardonic and referential tone of the first album, do not fear, as ‘Never Fight A Man With A Perm’ sets the tone for much of the album. The build-up and song structure are grunge-esque, seemingly abrupt, and yet grounded by the crunching guitar tones and snappy lead vocals. The sudden breakdowns and instrumental sections sound like a more punk Smashing Pumpkins or Soundgarden. The lyrics are raucous and bitter, yet infectiously shoutable due to their slick and punchy rhymes, particularly exemplified in this track by the lines “You are a Topshop tyrant/even your haircut’s violent”.

By rendering these constantly debated subjects in a form of guttural specificity, the band find a form of political lyricism that is highly effective and original

The album’s lyrics range from ironic phrasings that parody popular sentiments about leftists, to reassuring messages about body image and exploitative sensationalism. ‘Samaritans’ is about the hereditary and, well, toxic, nature of toxic masculinity. The drumming is reminiscent of The Pixies, with sparse fills that are complemented by a wall of layered guitars. “The Mask of masculinity/is a Mask that’s wearing me,” is a rather weak lyrical moment, lacking the pointedness of other lines and feeling rather banal. In general though, by rendering these constantly debated subjects in a form of guttural specificity, the band find a form of political lyricism that is highly effective and original.

This could of course be entirely wrong, but I feel my noting of a possible grunge influence is emblematic, as the more visceral and unique instrumental flourishes of this album seem to constantly reference earlier moments of brilliance in punk and alternative music. For example, ‘Gram Rock’ has a chord sequence that is evocative of a very tight hardcore punk song (think Bad Brains, especially with the maniacal and screeching background vocals).

With these inclusions, the album is at once slightly less consistent, yet far more musically diverse than the first, occasionally feeling a step away from a forgettable track, yet always providing some element that encourages repeated listens. The band experiment with wildly different guitar tones (I’m Scum), inventive drum fills (Danny Nedelko), and droning and noisy instrumentation (Love Song); while always retaining a headbanging style of addictive punk that never becomes bloated or dull. While I wish this energy was a bit more focused, it is actually some of the more typical tracks that come off as the weakest. The worst offender is the single Great, which makes me just want choruses that consist of singing individual letters banned altogether. This is a rather inaccurate delineation though, as I feel that ‘Danny Nedelko’ is better for sticking with a punchier song structure.

These various songs capture a band seething with an energy that channels an incredibly rich and diverse knowledge of the best punk and alternative rock, making Idles one of the most exciting punk bands of this decade. While the album falters with a few songs (only two or three) that don’t quite capture this, it is still an incredibly worthy and appropriate follow up to Brutalism.