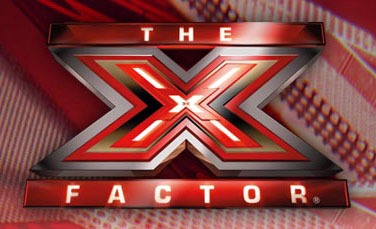 Everyone has an aspiration to be recognised for their particular talent. Nowhere is this more true than with singing and music. There are numerous examples throughout history of stars from ordinary backgrounds going on to achieve sensational fame. Just look at The Beatles. Four ordinary people from Liverpool became the best selling music act of all time, simply because of their talent.

This desire will never disappear. As generations evolve, the style of music listeners are interested in will alter, alongside the format. Vinyl records were in fashion, then replaced by CDs and streaming. Now, it seems vinyl and retro music formats generally are back in trend. Music fans are unpredictable and varied in what they like. That spirit of having an open mind to new music meant that international stardom for any ‘ordinary’ person was on the cards. That is, if they had the X Factor.

The X Factor was a show which, at its best, was popular, appointment viewing TV. In their millions, individuals up and down the country would tune in on Saturday and Sunday nights to watch the latest stage of the competition, voting for their favourite singer to progress. It was the live shows in particular which always generated the most attention, with the potential for anything to happen. If a singer hit a wrong note, the music wasn’t right or the stage was invaded, the show would have to go on.

The X Factor really was a programme which, to pardon the pun, had the X factor. Whatever Simon Cowell created, it managed to capture the public zeitgeist in a manner where it became required conversation. In a sense, it mirrored Big Brother, where ordinary individuals could go from anonymity one minute to national stardom in the next. There was a strong belief in the power of ordinary people to bestow fame, with the general public having the power to decide how far their fellow citizens would go.

It was the phone line aspect which undoubtedly gave The X Factor its edge. The judges became notorious, not least Simon Cowell and Sharon Osbourne. Their criticism was often harsh, occasionally deserved but would generate opposition from the crowds live in the audience. Yet it was the viewers at home who ultimately had the final power. If they liked an act which the judges were not so keen on, the public could keep them in.

That power of choice held by the public allowed talent that generated international success to shine. Even people who wouldn’t have watched the original series are likely to have heard of those names. Winners like Leona Lewis and Little Mix have enough of a public profile for The X Factor to have permanently changed their life. But does anyone remember Matt Terry, Ben Haenow or Steve Brookstein? It seems that the winner at the time was often the compromise candidate, the one nobody disliked, rather than the individual who would go on to longer term success.

Indeed, it is often individuals or groups that didn’t win which are best recognised. Perhaps there is something in the British psyche that regards the underdog as worthy of more attention. Acts like One Direction, of course, cannot be ignored, with the international fame and clout remaining years after the band separated. Similarly, JLS, which have recently reunited after a period apart, were incredibly successful after the show.

That was the power offered by Simon Cowell’s record label Syco, which gave the winners the opportunity for a recording contract with Syco Music, alongside a cash payment. It was that exposure to stardom that provided the judges, programme and voting public with immense power. They could decide who would sink or swim musically. Alongside such the prospect of immense fame was invariably the opportunity for horrific exploitation.

The need for constructive criticism and judgment within the arts is one of my strongest beliefs. People should have the freedom to distinguish between something that is a work of genius and a song of a lower quality. Criticism of someone’s voice that is clearly not as remarkable as they initially believe is important and ensured that the winner each year was someone of a genuine talent. We can surely all be vain enough – myself included – to perhaps think we have slightly more talent in a skill than reality would suggest.

While Simon Cowell’s music competition show dream has come to an end, I think the prospect of a new, bolder talent show is just around the corner

The problem with The X Factor was that the criticism was not often genuinely constructive. Instead of commenting on how a singer could genuinely improve their voice, why that song wasn’t a strength and whether they’d had a bad week, personal attacks would occur which were profoundly shameful. It is unclear whether the public or TV company framed this – asking the question is like asking whether the chicken or the egg came first. But, whether because of the tabloid media or our own human schadenfreude pleasure at watching a poor singer get torn to shreds, that is what allowed the show to maintain such an appeal.

The power of programmes like The X Factor and Big Brother in creating the next generation of singers waned precisely because of social media. Now, anyone with an internet connection could upload videos of themselves to YouTube or TikTok singing, allowing them to gain significant followers and media traction without the gatekeepers of TV producers or media coverage deciding what the public would see. Social media has given a degree of control to the stars themselves, which is certainly far more than they would have enjoyed.

It remains unclear what style of programme, if any, will replace The X Factor in the future. For all the benefits of social media, there is a level of coverage on television which allows that most immediate of exposures. I was lucky enough to visit The X Factor studios in 2010 after winning a TalkTalk competition (the sponsors of the show). It was quite obvious just how much attention and clout the show had.

The whole style of the talent show is not something I think we can completely write off, especially with regards to music and singing. The competitive nature of music – getting those record deals, and meeting music producers – is stronger than ever. A talent show on one of the big networks like the BBC or ITV will provide those connections in a far quicker manner than social media, with clips from the show potentially going viral online. While Simon Cowell’s music competition show dream has come to an end, I think the prospect of a new, bolder talent show is just around the corner.