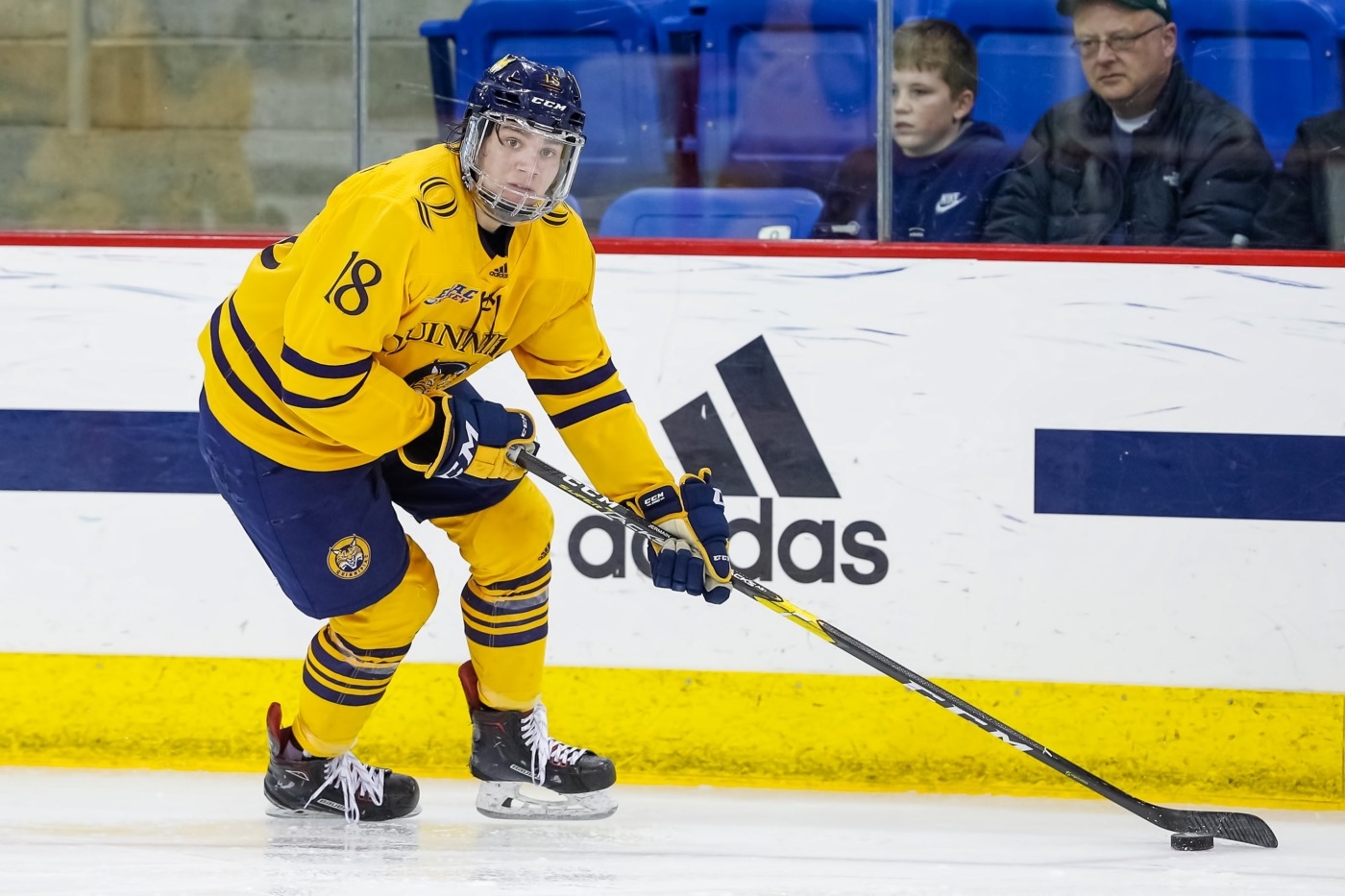 The 24-year-old left-shot forward joins Coventry after captaining the Quinnipiac University Bobcats in his senior year. Over his four seasons with the Bobcats, Jermain registered 26 goals and 25 in 123 games.

In his final year in the NCAA, Jermain was appointed captain, posted 21 points in 34 games and was handed the Coaches’ Award for his on-ice performances. The 24-year-old also gained plaudits for his work off the ice, featuring in the ECAC Hockey All-Academic Team on four occasions.

“We’re very happy to have Nick on board,” Stewart told the Coventry Blaze website. “He had a very good senior year at Quinnipiac. He is a great skater, very skilled, can score and can play both wings. I think he’s a player who can make a very good transition to the pro level.”

Despite signing his first full-time contract with the Greenville Swamp Rabbits in August 2020, Jermain will make his professional debut for the Blaze during the Elite Series. The 6’0” forward was expected to feature in the ECHL for Andrew Lords’ side but fell out of the line-up due to an influx of older players joining the league due to the coronavirus pandemic.

As a result, Jermain will make his professional debut alongside fellow NCAA graduate Tristan Keck.

Before entering college, the Connecticut-native played junior hockey in the EHL and BCHL with the Connecticut Oilers and Merritt Centennials, respectively.

In 2014/15, Jermain led the EHL playoffs with three goals and ten assists, playing a vital role in helping the Oilers win the championship. During his single season in the BCHL, Jermain performed at a point-per-game rate, tallying 29 goals and 25 assists in 54 games.

The 24-year-old is the seventh import to join Coventry ahead of the Elite Series, with the Blaze taking to the ice for the first time in thirteen months on 3 April.