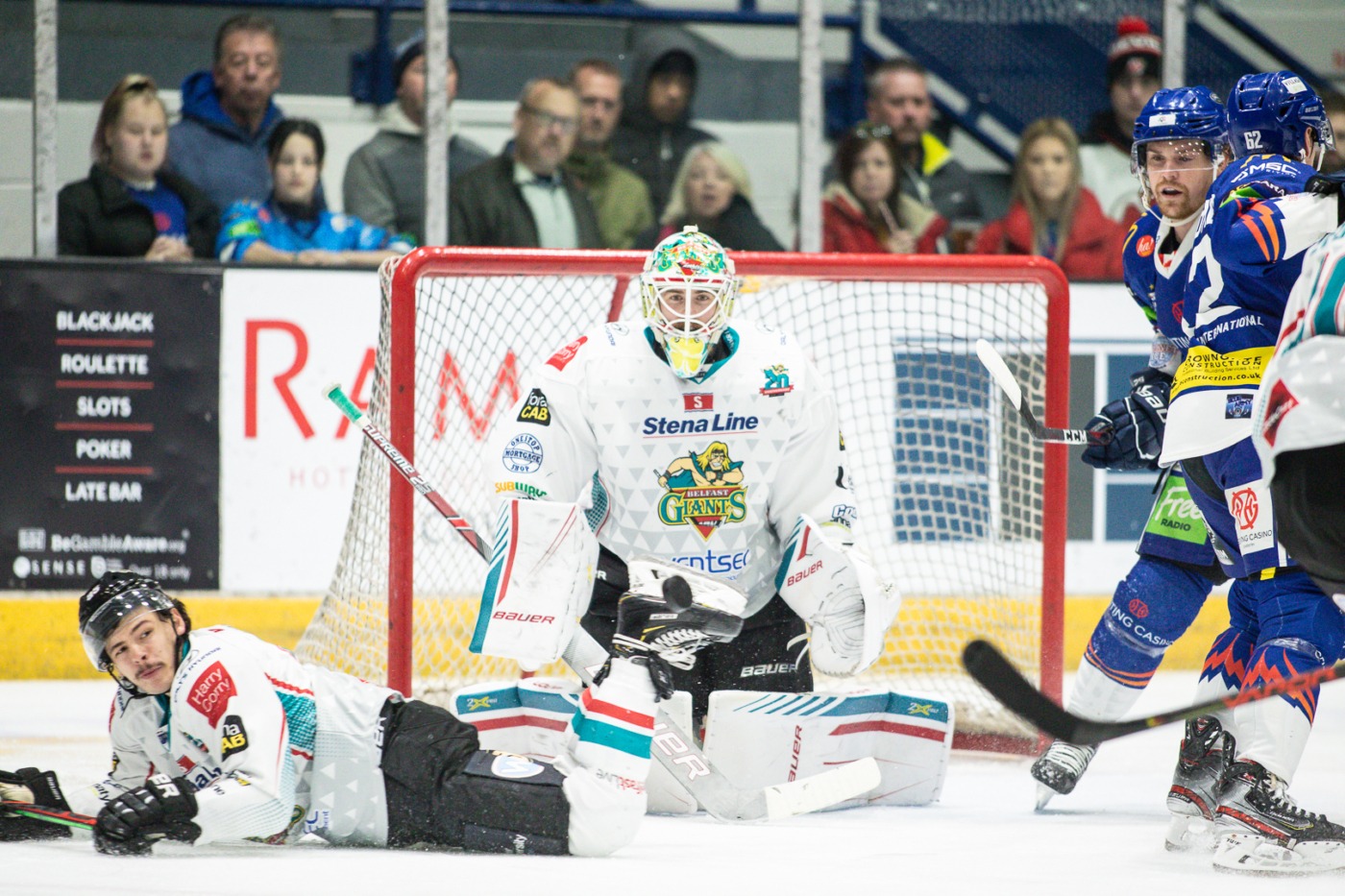 Canadian goaltender Shane Owen has signed for the Coventry Blaze ahead of the Elite Series. Split between spells with the Fife Flyers and Belfast Giants, the 30-year-old has three seasons of experience in the Elite Ice Hockey League (EIHL).

“We looked at different options for this series, but kept coming back to Shane. He is a great goaltender that has had a lot of success in Fife and Belfast,” Stewart said.

“He gives you a chance every night and that’s what you need. He will have great support from Jordan Hedley who will get his fair share of starts, and Will Bray should he need a night off.”

Before arriving in Belfast, Owen spent 2016/17 and 2018/19 in Fife with the Flyers. In his first season in the EIHL, the Canadian goalie secured a league-high number of saves with a .909 save-percentage and 3.27 GAA.

Sandwiched between his two years in Scotland, the 6’2″ goalie spent time in the Swedish Allsvenskan with BIK Karlskoga and won a silver medal in the Polish playoffs for GKS Katowice.

Owen prospered on his return to Scotland, earning a .914 save-percentage for the Flyers. In both of his seasons in goal for Fife, Owen was named as the team’s player of the year.

Before moving to Europe, Own played over 200 games in the ECHL and CHL, consistently performing above a save-percentage of .900.

The Coventry Blaze are one of four Elite Ice Hockey League teams to be participating in the Elite Series.

Coventry will face the Manchester Storm, Nottingham Panthers, and Sheffield Steelers in a five-week mini-season, commencing on 3 April.

Teams selected ten players from the Elite Series Draft, with a further five protected from the draft. Each team is entitled to eight international players.

The Blaze will play 12 regular season games, before moving onto the Elite Series semi-finals.

The semi-finals, seeded according to regular season form, will be contested using a two-legged aggregate system. The victors will contest a best-of-three series final.