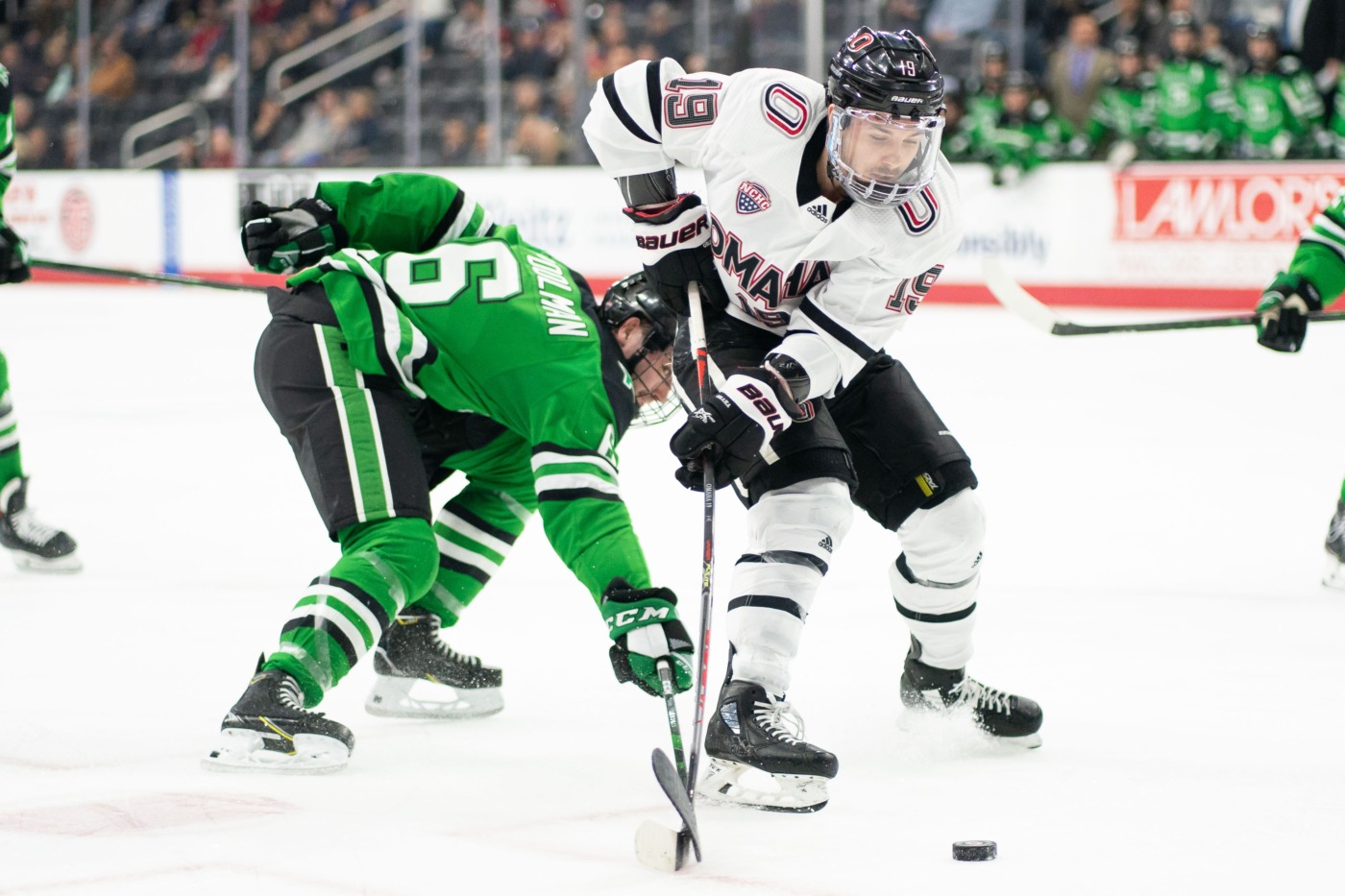 The Elite Ice Hockey League (EIHL) has held its second ‘signing day’, with the Coventry Blaze, Manchester Storm, Nottingham Panthers, and Sheffield Steelers each adding an import player to their roster.

As previously reported, the Coventry Blaze confirmed the signing of Canadian winger Tristan Keck. The 25-year-old left-shot forward is renowned for his pace and will make his professional debut under Danny Stewart at the start of next month.

Keck, a graduate from the highly-regarded University of Nebraska-Omaha NCAA programme, said: “I am very excited to join the Coventry Blaze. I cannot wait to get back on the ice to start my pro journey by playing in the 2021 Elite Series.”

In comments to the Blaze website, Stewart said: “Keck will bring a load of energy to our line-up. He skates well, plays in all situations and plays with some grit. He’s played in arguably the best conference in NCAA hockey against guys going straight to the NHL.

“He’s produced there, and I don’t see any reason why he won’t transfer that to the pro game here in the UK.”

The Manchester Storm confirmed the re-signing of forward Scott Simmonds. Simmonds, who played his first season overseas with the Storm during the 2018/19 season, scored 15 goals in 60 games for Manchester last term. The Canadian forward contributed 13 assists for the Storm, finishing the campaign with 28 points.

The 27-year-old joined Manchester from the University of Guelph, where he scored 95 points in 116 games.

Although no fans in the arena, we know Storm fans will be with us

“It’s a pleasure to put the Manchester Storm jersey on once again! Although no fans in the arena, we know Storm fans will be with us, we’ve all seen the love on social media so far,” said the Canadian. “I’m looking forward to joining up with my teammates in what will be an exciting series.”

Tanner Eberle is the latest player to return to the Sheffield Steelers. The 27-year-old will team-up with Aaron Fox for the third time, having joined Sheffield in 2018.

“I’m looking forward to getting ‘Ebz’ back for this series,” said head coach Aaron Fox. “He was such a huge part of our success last year and hasn’t played at all since then so I think these five weeks are super important for him as a player to knock the rust off and hopefully get ready for September.

“Tanner is a guy who can play any forward position. He kills penalties, is a great net-front PP guy and lays it on the line every single night. Tanner is the type of player that all winning teams have on them. I will have to ease him into it to get his legs back but he’s assured me he’s in shape and ready to roll.”

Finally, the Nottingham Panthers added defenceman Dominic Talbot-Tassi to their roster. The Canadian-Italian blue-liner joins the Panthers from McGill University, who play out of the Canadian USports league, where he recorded 135 points (29 goals, 106 assists) in 140 games over five seasons.

The Elite Series will mark Talbot-Tassi’s return to play, with his last appearance coming at the end of the 2019/20 USports season.

On Thursday evening, the Elite League announced that it has received further financial support from Sport England. The EIHL was awarded £2.3 million of a £2.7 million package handed to the English Ice Hockey Association.

The reality is that without stepping in, it would have meant 18 months of no live action

The four Elite Series clubs will receive the support – which comes as part of the Winter Survival Package – as a mixture of grants and loans.

Sports Minister Nigel Huddleston said: “This unprecedented support for ice hockey will act as a lifeline for the sport and ice rinks across the country. The reality is that without stepping in, it would have meant 18 months of no live action.”

The Elite Series will begin on 3 April in Nottingham.