It’s been five years since the world lost one of the most famed and critically acclaimed singer-songwriters in pop history. No better time, then, to revisit what is probably the first great album in David Bowie’s storied career: The Rise and Fall of Ziggy Stardust and the Spiders From Mars was Bowie’s major break into the mainstream. Although singles like 1969’s ‘Space Oddity’ were well received and albums such as Hunky Dory (1971) are now considered to be some of Bowie’s best, he didn’t find consistent success until the release of this record. In hindsight, this was Bowie’s last major push for the fame and adulation he desired. At nearly fifty years old, how does this LP hold up in the current day?

This album is an exhibition in songwriting and a melodic tour de force. Throughout the project Bowie exercises his songwriting abilities to great lengths, garnering superb results. The opener ‘Five Years’ is exceptional in its melodrama and lyricism. Bowie abandons hooks and choruses here, providing two lengthy verses with quirky lyrics like “all the fat skinny people”, and the cop who “knelt and kissed the feet of a priest”. It’s topped off with an ironically rousing outro with Bowie crying out that there are only “five years” left for these earthlings to live. The song unfolds nicely, succeeding in both portraying Earth’s impending doom and setting the scene for the LP’s protagonist: Ziggy Stardust.

Ballads like ‘Soul Love’ are endearing in their sentiment. The vocal arrangements are terrifically conceived (which is apparent across the record), and the simple song structure compliments the overwhelming concept of love that Bowie attempts to rationalise.

‘Moonage Daydream’ is a contender for best song. The absurd opening lyric: “I’m an alligator/ I’m a mamapapa coming for you!” is one that only Bowie could pull off. The track is simply superb. Bowie’s vocal performance here is well harnessed and the production is exceptional in its balance. The inclusion of strings and a vocal echo at the third chorus, which would otherwise come off corny, is executed supremely well. Mick Ronson deserves special praise here, as his mammoth guitar solo that closes the track and his string arrangements undisputedly make the song what it is.

The iconic single ‘Starman’ follows, and once the crisp acoustic guitar strums fill your ears you know you’re in for a treat. The song is littered with hooks: the pre-chorus mellotron hook, the ungodly sweet chorus, and the jarring guitar hook which nicely dampens the prior sweetness. Bowie’s extrapolation of the ‘Somewhere Over The Rainbow’ melody from The Wizard of Oz at the chorus is genius. This provides the song with an odd familiarity and assurance, which suits the song’s depiction of Ziggy’s relationship with his listeners. There is no number of words that can do this song justice, and it has been frequently used in films like The Martian and shows like The Simpsons. Its legendary status is therefore well deserved.

The LP is also a splendid representation of glam rock. Bowie’s campiness, melodic arsenal and melodrama were indicative of the genre. ‘Suffragette City’ is particularly camp. Mick Ronson’s guitar sounds like a lawnmower being revved up to cut serious blades of grass. The “hey man!” backing vocals are ridiculously infectious, and Bowie’s performance is enjoyable for its idiosyncrasies. No beat is missed throughout its duration.

The ballad ‘Ziggy Stardust’ is hilarious in Bowie’s candid description of the album’s protagonist. Details like Ziggy being “well hung” and having a “God-given ass” are very amusing. Once more, Mick Ronson’s riff is catchy and the song’s temperate nature is great in supplementing the intensity found in ‘Suffragette City’.

The track ‘Star’, however, is a microcosm for all that is brilliant about this project. Bowie has no problem stitching a refrain and chorus together or concluding the song on a bridge and a verse before its outro. The vocal arrangements are stunning in their theatricality, eccentricity, and harmony. Mick Woodmansey’s drumming is incredibly groovy – propelling the song from start to finish. Bowie does well in displaying his own desires for rock and roll stardom. I’m sure the irony was not lost on him when he sang: “I can fall asleep at night as a rock and roll star”, given the connotations of the typical rockstar lifestyle. ‘Star’ is a real locomotive, and my favourite on the whole album.

Ultimately, Ziggy Stardust is a triumph and probably glam rock’s greatest achievement. Bowie simultaneously demonstrated his capacity to compete with glam rock powerhouses like T. Rex whilst carving out his own distinctive style. It’s clear the genre was a perfect fit for him. This project rightfully catapulted Bowie to superstardom. Many risks are taken on this LP that only he could execute (such as the quite ridiculous concept of the album itself), and that’s no mean feat. If his works up to this point were too inconsistent and his later works too Americanised and experimental, then Ziggy is definitely an album I would recommend as one’s introduction to David Bowie. It is a demonstration of a legendary artist finally finding his feet. 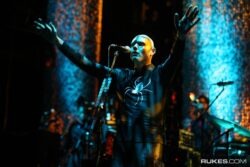 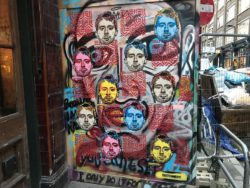