Time May Change Me: A Tribute to David Bowie

On 10th January, the world lost one of its most influential artists. An icon who spanned generations; whose ability to reinvent himself remains unrivalled. David Bowie, influential beyond his musical output, shaped popular culture itself and changed the lives of millions. Here are just a few ways the Starman impacted Boar Music writers.

I spent a while trying to decide what my favourite Bowie album is, but how can you choose between albums as diverse as the electronic art-rock Low and the plastic soul of Young Americans? So I’m writing about Hunky Dory, not just because it’s the first Bowie record I ever bought (at 10 years old, I believe), but because it was the first album I ever bought.

As a kid, I knew that I loved the album, and as a young adult, I think I now know why. The album is sweeping, addressing the nature of Bowie’s artistry, the birth of his son and his continuing obsession with other-worldly beings (‘Life on Mars’, anyone?). This incredible breadth of subject matter, and execution too, of Hunky Dory, helped me understand that music could be as profound as any other art form, if not even more so.

Exposure to Hunky Dory at such a young age taught me when I was growing up that music can be so much more than just four chords and a break-up. With Hunky Dory, I found my favourite musician, and my current appreciation and love for music. Thank you for that and so much more, David Bowie.

Whilst Bowie will always be remembered as one of rock’s deftest songwriters, ‘Five Years’ is perhaps one of his most basic compositions – and all the more affecting for it. Building up from a thin, unassuming drumbeat to an explosive string-laden, piano-slamming statement of euphorically apocalyptic emotion, the song chronicles a snapshot of a bustling metropole in Earth’s final years. Playing like a Renaissance painting of a pantomime, the song makes reference to its subjects like stock characters – grotesque symbols of humanity in desperation.

Bowie recalls bizarre scenes of dramedy, such as when “a cop knelt and kissed the feet of a priest/and a queer threw up at the sight of that”, which feels at once bawdy and crude, yet vaguely profound. Lines such as these evoke the utter chaos, yet the indescribable closeness and hypersensitivity to life that instances of tragedy bring.

Ultimately, however, the most curious puzzle is the identity of the “you” that Bowie refers to. This person is “smiling and waving and looking so fine”, inspiring a will of perseverance within our narrator. However, they are completely oblivious as to not only the horrors unfolding around them, but even their being “in this song”. Perhaps the key lies in this being such a personal moment, lost in the recesses of time. But maybe Bowie is referring to the listener, placing them into his narrative, allowing them to be heroes, if not just for a few minutes.

For me, Young Americans really encapsulates the two things that make Bowie such a unique figure: his politics, and his versatility. With this album, Bowie’s musical direction shifted dramatically, consolidating his self-labelled “obsession” with Soul and Funk. Traditionally, black music acted as a silent influence for many ‘70s white rock artists who commodified black styles for white consumption, but, in typical fashion, Bowie did not refrain from ruffling a few conservative American feathers by labelling his “plastic soul” take “the squashed remains of ethnic music… sung by a whitey limey”. Of course, even this couldn’t stop the classic swagger-oozing anthem ‘Fame’ heading straight to No.1.

Collaboration is the heart of Young Americans, with Bowie recruiting the expertise of then unknown Luther Vandross (of ‘Never Too Much’ fame), Andy Newmark from Sly and the Family Stone, John Lennon (who co-wrote and is heard on ‘Fame’) and began his long standing partnership with guitarist Carlos Alomar. For its musicality, the strongest song has to be ‘Right’, with Bowie’s rhythmically complex backing vocals that famously flummoxed even Vandross. Lyrically, ‘Young Americans’ is the highlight, with Bowie calling out McCarthyism, the Nixon presidency and lamenting lost youth: “We live for just these twenty years/Do we have to die for the fifty more?”- a question Bowie’s own enduring vitality and fervour answers with a resounding “no”. Keep dancing, Starman.

Many people will probably be surprised by this choice as a highlight Bowie track. For one, Bowie’s voice is nowhere to be heard here; the song is an instrumental. Secondly, this track was co-written alongside Brian Eno.

However, exactly what makes ‘Neuköln’ such a spectacular Bowie song is precisely this. It pulls the spotlight onto an entirely different shade of Bowie’s work which is often not attributed to the mastermind: his attention to atmosphere and multi-instrumental prowess.

The entire track revolves around the simple, yet highly impactful, three-note patterns of Eno’s keyboards and Robert Fripp’s guitar, which paint an incredibly solemn and touching backdrop upon which Bowie’s saxophone sings an absolutely wild soliloquy.

There are very few songs to capture a setting as well as ‘Neuköln’ portrays its namesake: the Turkish slums in Neukölln near which Bowie lived. The music feels cold, isolated, bleak even, perhaps to demonstrate the separation the Turkish immigrants felt from both the country they once belonged to and the place in which they currently resided. This is all topped with that Cold War era uncertainty of future; a feeling which seems to be resurging once again, perhaps giving this song new life in how relatable it feels in this time of Middle Eastern conflict.

I sat alone for some time, struggling to pick just one David Bowie song for this feature. So many different moments in his discography stood out to me. I could’ve picked ‘Starman’, boasting that guitar hook; ‘Space Oddity’, with its iconic opening lyrics; ‘Heroes’, with its out-of-this-world proto-shoegaze wall of sound; or perhaps ‘Sound and Vision’, with its idiosyncratic vocal affectations that are just quintessential Bowie.

But I eventually settled on ‘Blackstar’, the title track and opener from Bowie’s final LP, released just three days before his death (now clear that this was his parting gift to the world, the album is all the more poignant). The song is excellent: a ten minute epic that evolves from an avant-garde electronic dirge into a jazzy and self-referential mid-section with repeated cries of “I’m a blackstar!”

You may ask why I’ve picked a song that hasn’t yet had to the opportunity to enter the collective cultural memory, as many of Bowie’s hits have. Well, this track typifies what Bowie was all about. Unabashed weirdness and experimentation. Fusing diverse genres. Having an instantly identifiable voice, yet one which was constantly being transformed, manipulated and pushed to its limits. That Bowie was producing such challenging and relevant music fifty years after he first began is nothing short of astounding. The track and album are a fitting goodbye from a legend whose unique voice will be much missed.

Turn and face the strange: the many ‘Changes’ of David Bowie 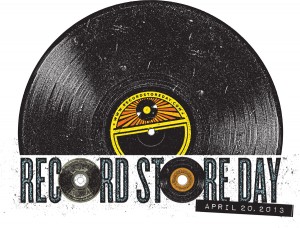 “But Have You Seen My Records?”