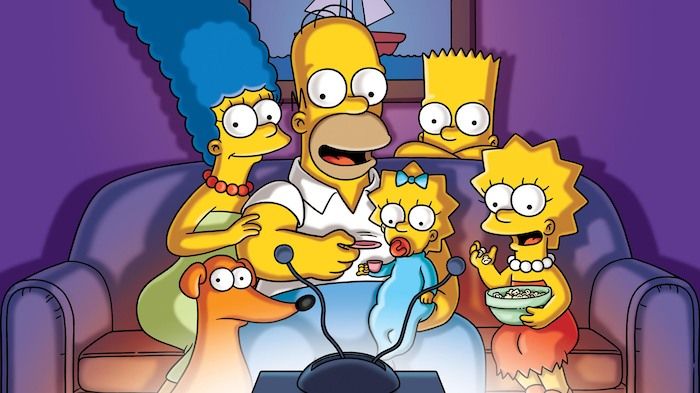 Why can’t I stop watching The Simpsons?

I watch The Simpsons a lot. At present count, I believe I have watched the yellow cartoon family’s golden years (the eight seasons aired in the 90s) five times, in full, in the last four years. It has got to the point where I can recite large chunks of episodes (from memory, if pressed), and will relate real-life happenings in politics, sports, or indeed my own personal life to similar events in Springfield, often without context, and always so quickly you would be justified in thinking I am the victim of brainwashing.

It is there, in my bookmarks, in my heart, and seared onto my retinas

Many recent, highly-rated TV series have passed me by, as in times of desperation, boredom, or hangover-induced lethargy I have returned to the warm embrace of The Simpsons. It is there, in my bookmarks, in my heart, and seared onto my retinas.

Lest this piece morph into an (entirely justified) plea for help, I pose this question: Where lies the enjoyment in watching the same program over and over again? The answer lies in the Rewatchability Formula, which I shall now dictate to you, without an ounce of humility.

What makes a program easy to revisit, a go-to time-filler, where familiarity breeds comfort, rather than contempt? There are two crucial elements to this, which follow:

There’s always more to be found.

The Simpsons, along with many other classic TV programs, is multi-layered. While pratfalls and sight gags capture your attention, watching again can reveal a little nugget of dialogue, or a background event, that amuses you just as much, making your seventh viewing as entertaining as the first. This tends to be more prevalent in cartoons, as writers and animators sneak in subtler jokes and ideas for the amusement of older viewers, or just themselves.

“Remember that bit where…”

You remember bits of what you’ve seen on TV, rather than the collective. What makes a program rewatchable is an abundance of moments that stick in your mind, either because they’re side-splittingly hilarious (Sideshow Bob stepping on nine successive rakes), desperately exciting (Bart escaping Shelbyville kids on his skateboard), or made you cry a little bit (Homer saying goodbye to his estranged mother,  and watching the stars alone). If you watch something so banal that it passes unnoticed upon finishing, like a light breeze constructed out of pure disappointment, then you will have no desire to watch it again. But if you remember even a few seconds of something, and remember them fondly, you’re much more prone to return to it (and return, and return, and return).

The Simpsons is just one example of the many seminal sitcoms, dramas, and carpentry appreciation shows that follow the Rewatchability Formula. You remember what you’ve watched, want to see it again, and unwrap even more enjoyment when you do so. That sums it up far better than the above ramblings, so maybe only remember this bit at the end.

See what I did there?