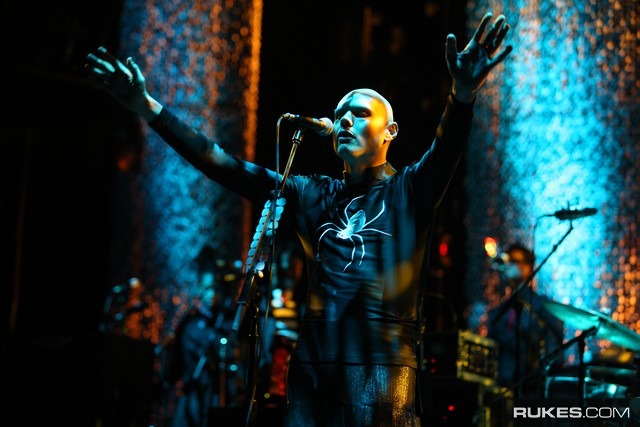 Seven Grammy nominations, nine MTV VMA nominations, number one in five different countries and over ten million copies sold in America alone: this is the sum total of success of the Smashing Pumpkins’ Mellon Collie and the Infinite Sadness – and that’s only the numbers. It’s a landmark record in multiple ways: firstly, for the band behind it, for whom it remains their creative and commercial peak. Yet the significance of this record goes beyond the four members of the Smashing Pumpkins themselves – it is a staple of 90s rock music, the genre of rock as a whole, even, and according to some, the last truly great rock record of the decade.

Its success, despite the fears of everyone behind the scenes, is proportional to the size of the band’s ambition. Making what Billy Corgan envisioned as ‘[Pink Floyd’s] The Wall for Generation X’ was never going to be easy. Indeed, its ambition is proportional to the size of the album itself, or perhaps albums is the better term to use. Mellon Collie… is gargantuan as records go: two discs, twenty-eight songs, and listening to it front to back takes just over two hours. The Pumpkins weren’t exactly spreading themselves thin with that effort either: fifty-seven songs were recorded with many of these later released on 1996 boxset The Aeroplane Flies High.

Back in April 1995, Billy Corgan was feeling an itch for change. Though having only released two albums with The Smashing Pumpkins at this point, he believed that their musical approach was already running its course. For their third record, things had to be different. When he and the band got into the studio, virtually everything was compared to what they had done before.

The changes began at the production desk. Rather than returning to work with Butch Vig, who had produced both of their previous albums, Corgan assisted Flood and Alan Moulder in production duties. “We’d become so close to Butch that it started to work to our disadvantage,” Corgan would go on to say, “[We had to] take ourselves out of normal Pumpkin recording mode”.

If the album is a bookend of an era for music, it was perhaps also the forewarning of the beginning of the end for the Pumpkins

And that they did, in more ways than one. They recorded rough drafts of songs in their rehearsal space which were more productive than expected, yielding many of the album’s rhythm parts. They devoted time each day to songwriting or simply jamming. They used two recording rooms at the same time to avoid the boredom of waiting around idly while other members of the band recorded their parts. Corgan’s famously dictatorial approach to music was less present, with guitarist James Iha and bassist D’Arcy Wretzky contributing more musically than they ever did while part of the band.

The product of those sessions is a curious, sprawling epic of an album. Corgan has refrained from calling it a concept album with only a loose sense of theme – the two discs represent day and night. It could have only been made in the 90s, but that doesn’t mean it ever sounds dated. It is more of a time capsule of everything great about the decade’s music.

Mellon Collie… proved that the Pumpkins could be and do anything they wanted. The likes of ‘Jellybelly’, ‘Zero’ and ‘An Ode To No-One’ bring all the aggressive yet focused grit of grunge while ‘X.Y.U’ displays an abrasiveness Kurt Cobain would have smiled down upon from heaven. Other songs, by contrast, are achingly delicate, from the late single ‘Thirty Three’ to closer ‘Farewell And Goodnight’ with the classical overture of ‘Tonight, Tonight’ and ethereal balladry of ‘1979’ bridging the gap. And, of course, it would be criminal to forget angsty, anthemic lead single ‘Bullet With Butterfly Wings’. All of this barely scratches the surface of everything the Smashing Pumpkins explore across the album, never repeating themselves and never letting anything get lost in the noise.

After Mellon Collie and the Infinite Sadness, rock would experience a kind of burn out, unable to recover some of its notoriety until the turn of the millennium with the rise of nu-metal. If the album is a bookend of an era for music, it was perhaps also the forewarning of the beginning of the end for the Pumpkins. It was the end of the band’s relative peace, with the inter-band friction they would become infamous for setting in, causing them to split by the time Mellon Collie… celebrated its fifth birthday. Regardless, they had carved out a legacy, one that has persisted to today, its twenty-fifth year of existence, and will continue to do so for decades to come. 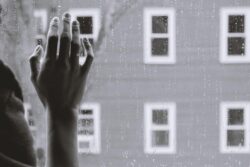 How music can help you get through hard times