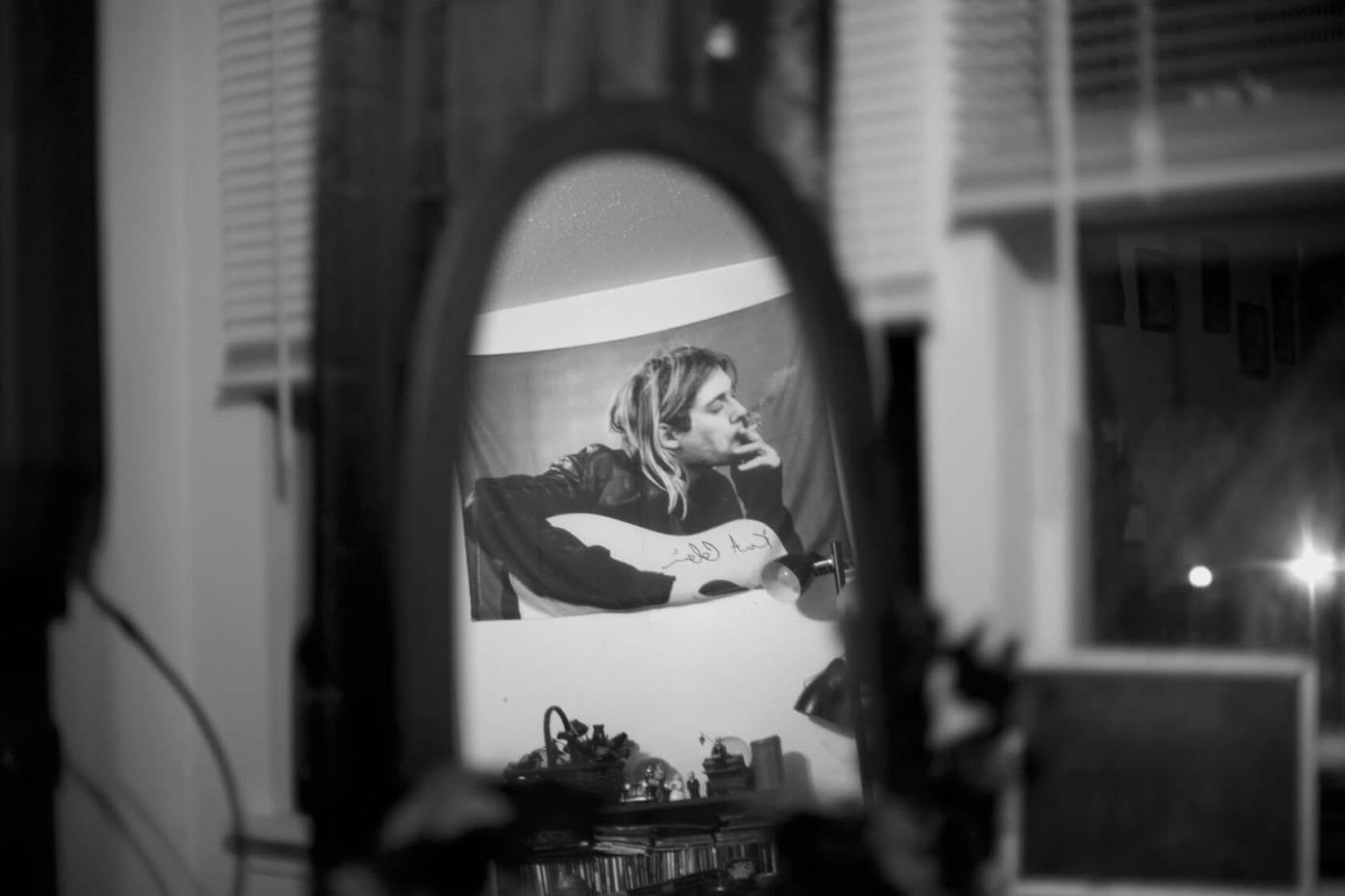 How we should remember Kurt Cobain

8 April, 1994. An electrician arrives at a house on Lake Washington Boulevard. He is here to install a security system. He lets himself in. Unbeknownst to him at this point, if he had rung the doorbell, nobody would have answered.

He is about to start work. The house is silent. He sees the owner of the house. Kurt Cobain is lying there, motionless. The electrician thinks he is asleep. He hasn’t yet seen the blood coming from Cobain’s ear.

Only then does the electrician see the gun pointing at Cobain’s chin.

When the police arrive, the forensics team confirm that he has been dead for three days. A suicide from a gunshot wound to the head, they determine, confirmed by a note Cobain left nearby.

Although, according to those closest to Cobain, the signs in the last month or so of his life pointed to it, Cobain’s suicide sent shockwaves around the world. It will likely never be forgotten, as we still remember him 26 years after his death.

It goes without saying that his passing was met with great sorrow. A few days later, a vigil held in his honour at a park at Seattle Centre was attended by over 7000 mourners, including his widow Courtney Love. The world had lost a talent many had described as the voice of Generation X. With it, Nirvana’s short yet illustrious career ended – his band Nirvana would never have been the same without Cobain as their frontman.

Kurt Cobain’s suicide would also later become the subject of a surprising amount of morbid fascination and controversy. Conspiracy theories began to emerge, some suggesting that Cobain didn’t kill himself but was in fact murdered. High levels of heroin and diazepam were found in his bloodstream, causing distressed fans to question how he could have fired the gun under the influence, their denial likely stemming from an inability to accept that their idol could have taken his own life. The Seattle police still regularly receive requests – sometimes as many as one a week – to re-open the enquiry into his death.

As the anniversary of his death comes around again – is this really how we want to remember him? Is this how we preserve him in history, as a tragic young man and a member of the fabled 27 Club? Speculating over the circumstances of his death, even now, won’t do anything. It won’t bring him back.

It is important to acknowledge the tragedy of his suicide and to understand that Cobain was a troubled man. He suffered from depression and addiction. His life was oftentimes difficult. That shouldn’t be ignored but it also shouldn’t be glamorised.

It is more important to instead remember how Kurt Cobain lived, rather than how he died. His legacy is first and foremost the music he made with Nirvana, that to this day still has the ability to inspire and empower. For some, it is the gateway to a love of rock music that lasts a lifetime. I still remember the first time I heard ‘Smells Like Teen Spirit’ when I was 15. I thought: “Where has this band been my entire life?” He gave us even more great music than just their signature song: ‘Heart-Shaped Box’, ‘Lithium’, ‘Breed’, ‘Come As You Are’, ‘Negative Creep’, just to name a few. These songs, two decades after their initial release, are still relevant and still capture people’s attention. That takes talent.

Nirvana also pushed the grunge genre forward more than any other band. Their commercial breakthrough, 1991’s Nevermind, is credited with establishing the commercial potential of rock music, taking it from its underground roots and the specialist sections of record stores to the bright lights of the mainstream. That is a big ask for a genre that is perhaps not the most palatable to every taste (try playing ‘Territorial Pissings’ to your parents – or, on second thought don’t). What it is, then, is a testament to the power of their underground fanbase, as well as the band’s music itself for resonating with enough people to make that happen.

Something we should also acknowledge when we talk about Kurt Cobain is his political progressiveness. In the liner notes of compilation album Incesticide, he writes “If any of you in any way hate homosexuals, people of a different colour or women, please do this one favour for us… don’t come to our shows, don’t buy our records.” He continued to speak up for feminism, having often associated himself with bands of the Riot Grrrl movement, and was even known to wear dresses on stage. He also spoke up for LGBT rights in a time where it was a far more contentious subject than today, and once admitted in an interview that he ‘could be bisexual’. He also penned two anti-rape songs, ‘Polly’ from Nevermind and ‘Rape Me’ from In Utero that denounced sexual violence while also acknowledging the strength of rape survivors.

Even if he is no longer around, Kurt Cobain’s voice, his words, and his melodies can never be taken from us. When we remember him, let’s celebrate him both for the person he was and the music he made. Let that be his legacy.