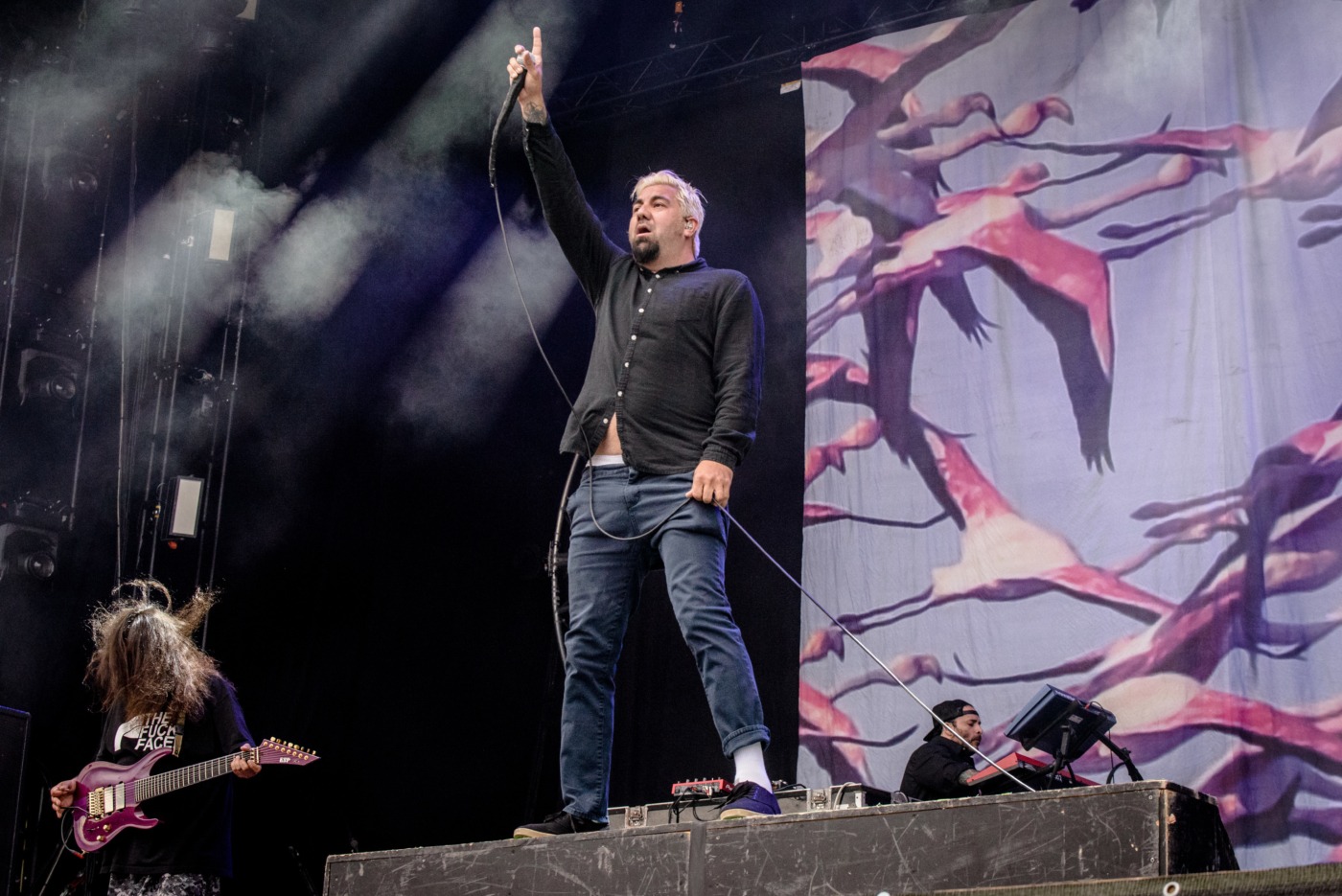 What is genre nowadays, anyway? That’s the question more and more artists are asking over the last few years: so many, in fact, that we may look back on the end of the 2010s as the site of a whole movement.

But if those artists who wish to shatter the boundaries of genre thought they were original, they would be wrong. Deftones got there first, at least seventeen years before they did. The band brought together their expansive musical tastes to infuse their alternative-metal template with elements of shoegaze, trip-hop, post-rock, dream pop, to name just a few. The result was the album that made them explode, brought them radio airplay and a Grammy award (Best Metal Performance for ‘Elite’ in 2001) and made them a force to be reckoned with. That record was White Pony.

There is no one theme or mood tying his lyrics together – instead, they share a common yet unique strangeness that has its own kind of beauty

Before White Pony was unveiled to the world, the band was finding that genre was already being used to pigeonhole them. Their coming-of-age can be found on 1995’s debut Adrenaline and 1997’s Around The Fur, released against the backdrop of nu metal’s peak in popularity – a blend of metal and other music genres like hip-hop and rock. As a result, they found themselves reductively lumped in with the likes of Korn and later, Limp Bizkit. The release of White Pony shot those comparisons dead and not just because nu metal was beginning to evolve.

The band’s dynamic fuelled many of these sonic changes. DJ and keyboardist Frank Delgado became a permanent addition to the lineup and brought many of the record’s atmospherics to the table. Meanwhile, frontman Chino Moreno had a hand in writing some of the guitar parts and main guitarist Stephen Carpenter encouraged him to record them in the studio. However, this created the fractious working relationship the two would soon become infamous for, with Carpenter pushing for a heavier edge to their sound while Moreno pulls in the opposite direction.

Many great records are associated with the artist’s personal turmoil at the time they made them – pain was what birthed the Jagged Little Pills and 21’s of the world. However, White Pony is not one of those records.

Speaking at an online press conference held in commemoration of the album’s twentieth birthday, Moreno said: “It was a little liberating to be able to write stuff that’s not necessarily attached to [my] personal life.” There is no one theme or mood tying his lyrics together – instead, they share a common yet unique strangeness that has its own kind of beauty. They can be appreciated even without music: you can read them online, or in the CD liner notes if you’re a bit more old fashioned, and they could easily work as poems, especially tracks like ‘Elite’ or ‘Digital Bath’.

Critics often remarked upon the increasing maturity and sophistication of Moreno’s lyrics but that was just one form of praise White Pony received. Overall, they loved its inventiveness and complex artistry. As for the fans? They took a while to get it, especially given its separation from the previous albums they had fallen in love with.

It is true that White Pony is not an immediately enjoyable record. It is dense and demands attention. It demands that you sit with it and return to it and digest it like you would a big meal. It’s something the band has always been aware of: “The more you listen to it, the more you get out of it,” Moreno said at the press conference. “It lends itself to having a longer shelf life.”

“When we started, we didn’t know what kind of band we were going to be (…) With this record, it helped us go down that road to figure it out”

If you click onto Spotify and listen through the album, you aren’t quite hearing what the band intended you to hear. Opener ‘Back To School’ sounds out of place with its more immediate rap-rock fare, making closer ‘Pink Maggit’, containing some of the same lyrics, sound like a reprise. In fact, you are listening to a copy and then an original. ‘Back To School’ came about as a request from the band’s label – they wanted another single after ‘Change (In The House of Flies)’ and didn’t think the other songs could cut it.

White Pony was reissued in 2001 with ‘Back To School’ as the first track instead of ‘Feiticeira’. Deftones would later denounce this unintended, commercialised track and the remix album being released soon, Black Stallion, will be eleven tracks long as they originally intended.

Ultimately, White Pony was a record on which Deftones finally found themselves. “When we started, we didn’t know what kind of band we were going to be,” said Moreno. “With this record, it helped us go down that road to figure it out.”

“People can recognise that White Pony was just five guys hanging out, taking chances and believing in themselves,” added Frank Delgado.

Drummer Abe Cunningham saw Deftones as being within their “own bubble”, and truer words couldn’t have been spoken about the band’s rise to prominence. It’s that uniqueness that has gotten the band to where they are today and made White Pony such a landmark record. Nothing like has been made since and nothing likely ever will again, and it is testament to what a special and unique record it is. As all great records are, it is both trailblazing and timeless.