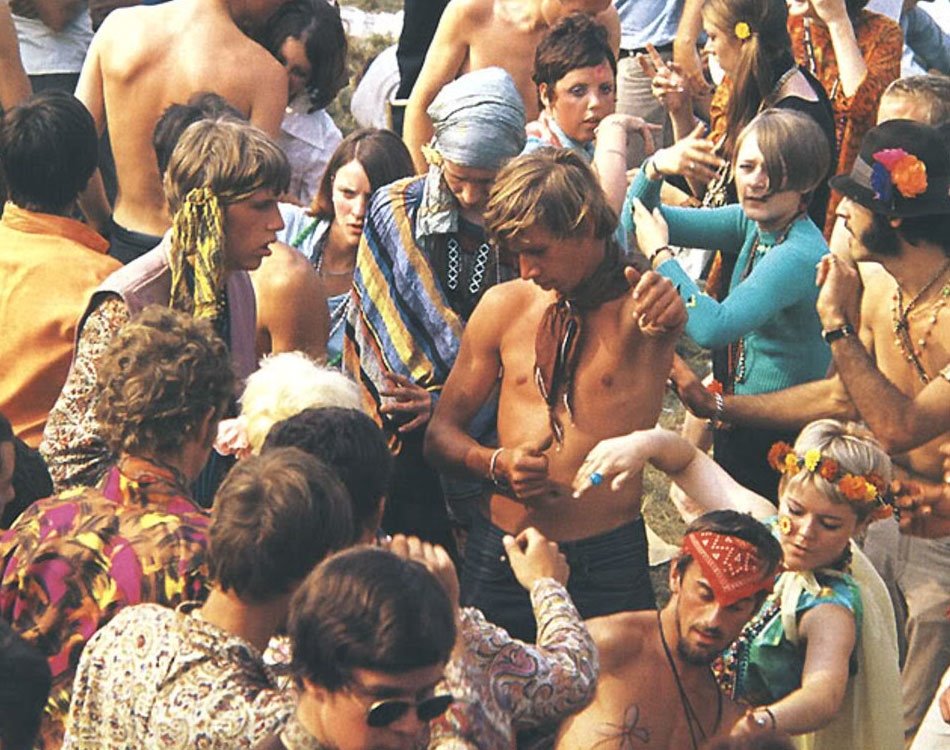 1967 was probably the most influential year in popular music. At the height of the psychedelic culture and in the heat of the Summer of Love, seminal artists like David Bowie and Pink Floyd, to name a couple, made their debuts. Legendary artists like The Beatles were hitting the peak of their powers. Some artists, like Jefferson Airplane and The Jimi Hendrix Experience, even released two records this very year. A year filled with tremendous music, it’s a difficult task to reduce this fine year’s music to a mere ten entries.

The sophomore effort by the Californian fivesome is their best, spelling the future successes of artists like Neil Young and Stephen Stills. The former is on fire on this LP: ‘Mr. Soul’ is a splendid psychedelic guitar rock single, ‘Expecting to Fly’ is a gorgeously delicate ballad, and ‘Broken Arrow’ is a triumphant closer. Stunning tracks like Stills’ ‘Bluebird’ and Richie Furay’s ‘Sad Memory’ assert themselves on this project too. This is an album of a band falling apart, and it’s wonderful.

# 9: Rolling Stones – Between The Buttons

This underrated Stones album, that I consider their first great LP, was clearly influenced by The Kinks’ and The Beatles’ 1966 catalogue. The vocal lines in ‘My Obsession’ are reminiscent of ‘Paperback Writer’, and tracks like ‘Miss Amanda Jones’ and ‘Cool, Calm And Collected’ sound like Ray Davies in sexual and hallucinogenic hues. The tracklist is uniformly pleasant and the psychedelia is tastefully understated compared to their latter 1967 effort. It’s British Rolling Stones reaching their baroque pop ceiling.

Feasibly The Who’s best concept album. An LP that pays homage to pirate radio, this is early Who’s crowning achievement. The stunning ‘I Can See For Miles’ is the literal centrepiece of this clever, melodic record, while songs about deodorant (‘Odorono’) and masculinity (‘Tattoo’) prove to be hilarious in concept and enjoyable listening. Though this LP may feel scant, it’s the restriction that makes the result so admirable.

#7: The Kinks – Something Else

Something Else is The Kinks’ last great album of disconnected songs. The brilliant public school, homoerotic character study in ‘David Watts’ kicks the LP into high gear – never looking back. Dave Davies provides terrific contributions in ‘Death of a Clown’ and ‘Love Me Till the Sun Shines’, and the band generally flex their respective musical muscles throughout. One of pop’s most beautiful ballads, ‘Waterloo Sunset’, closes the record exceptionally – an apogee of swinging sixties London. This set the band on their way to produce their opus a year later.

#6: The Jimi Hendrix Experience – Are You Experienced?

The introduction to rock’s most accomplished and acclaimed guitar player. Mitch Mitchell’s aggressive, jazzy drumming and Noel Redding’s consistent bass provide the platform for the fierce riffs and idiosyncratic guitar work. Great songs like their cover of ‘Hey Joe’, ‘Manic Depression’ and ‘The Wind Cries Mary’ are standouts, and ‘Are You Experienced’ is particularly enjoyable given it seems inspired by ‘Tomorrow Never Knows’. This album is a trailblazer, and, after listening, no one would forget the name Jimi Hendrix.

From one introduction of an iconic artist to another, this is the debut of enigmatic sex symbol frontman Jim Morrison. This LP is beautifully bookended with the defiant ‘Break on Through (To the Other Side)’ and the lovely Oedipus complex-inspired epic ‘The End’. ‘Light My Fire’ is iconic and is definitely one of the best pop rock songs ever produced. The Doors rightfully characterise Classic Rock’s sexiness, mischief, chaos and expression.

It’s apparent that 1967 was the year of exceptional debuts and The Velvet Underground is a good example. The introduction to art rock legend Lou Reed takes the listener to the grimy worlds of drugs (‘I’m Waiting For The Man’ and ‘Heroin’), comedowns (‘Sunday Morning’), and sexual domination (‘Venus in Furs’). Nico’s contributions in ‘Femme Fatale’ and ‘I’ll Be Your Mirror’ are perversely delightful. This is probably The Velvet’s best effort: an experimental, psychedelic, art rock bonanza.

The Experience’s sophomore album is my personal favourite of theirs. Hendrix augments his songwriting abilities and channels his inner Bob Dylan lyrically. Tracks like ‘Castles Made of Sand’, ‘Little Wing’, and ‘Bold as Love’ are simply superb. This record is understandably overlooked due to The Experience’s iconic debut and their amazing 1968 effort Electric Ladyland. However, I feel this LP is not worth missing out on.

Sgt. Pepper fully legitimised the pop album as an artistic statement. This concept LP is The Beatles’ most mature output to date and it’s pristinely produced. Although it doesn’t contain The Fab Four’s strongest songs and John Lennon’s influence is too muted, the talents of the foursome is blatant, and arguably ‘A Day In The Life’ is the band’s best ever song. Its legacy is well earned, and is representative of the fantastic year the group had.

An album that responded to the Summer of Love, Arthur Lee and co. fuse themes concerning politics, interpersonal struggles, and cutting social observations in this beautiful, art-rock piece. Though the finest record the year had to offer, this is a slow-burn due to Lee’s opaque lyricism and experimental songwriting structures. However, once you understand the project’s glory you will never live it down. Psychedelic Folk has seldom sounded this sublime.