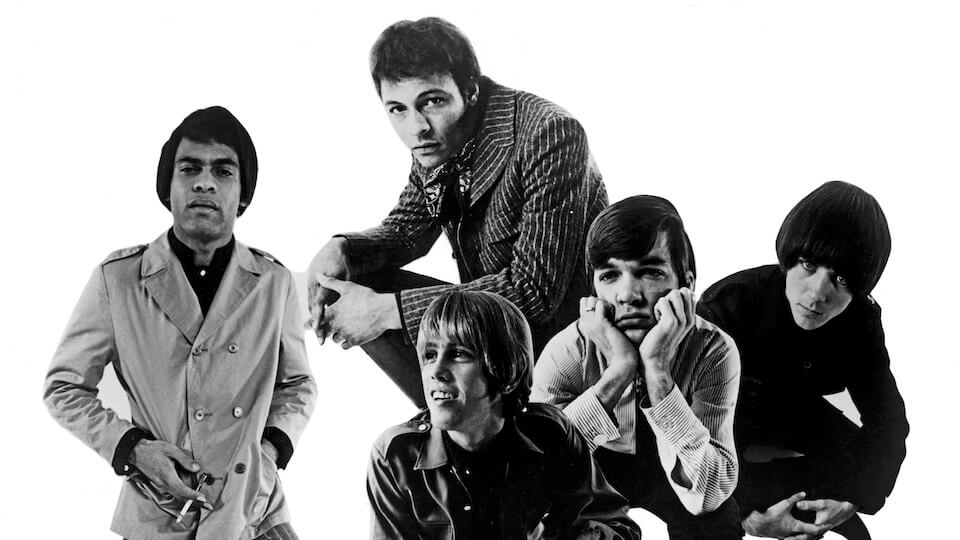 Released in the fall of 1967, Forever Changes was recorded over the course of that summer. A period often dubbed the ‘Summer of Love’, the ’60s sexual revolution was in full swing: psychedelics – a staple of many the adolescent diet -, peace and love were the societal agenda, characterised by such events like the Monterey Pop Festival.

Expression, vibrancy and verve were exemplified by albums like Sgt. Pepper or Surrealistic Pillow. However, Love’s Forever Changes with all its darkness, depression and opaqueness provides a poignant counterpoint to the established conception of the summer of 1967. An album inspired by the band members’ experiences of living in LA and Arthur Lee’s growing suspicion of his imminent death, this LP captures the unsettling realities of living in the late 60s and reenvisions the ‘Summer of Love’.

Who exactly is the ‘Summer of Love’ for?

The breathtaking ‘Alone Again Or’ kickstarts the record. Written by the rather underutilised Bryan MacLean, it chronicles an experience with unrequited love. The inferences to the frivolity of love here are apt given the breakdown of sexual boundaries during this period, which often challenged the viability of long-term relationships. Despite the narrator’s acknowledgement that he “could be in love with almost anyone”, ultimately he’ll be alone – perhaps due to the inability to genuinely connect with people,  one of the resignations of the “free love” movement. This song is rightfully one of Love’s most acclaimed – it’s superb. From the flamenco-inspired acoustic throughout to the elegant brass section at the bridge, it’s all held together by the hurt and desperation generated by MacLean and Lee’s layered vocals.

The dark tone continues in the two following tracks as Arthur Lee sings about the Vietnam War and how current atrocities will soon be future entertainment in ‘A House is Not a Motel’. Addiction and sensual temptations are used as defence mechanisms for a cruel world in ‘Andmoreagain’, revealing how excessive drugs and sex may not actually be reflective of one’s freedom and pleasure: instead, it can provide concealment and escape from troubles regardless if it’s in a world of peace and love.

‘Daily Planet’ injects some much-needed pace as Lee sings over an effortlessly hypnotic groove, produced by The Wrecking Crew, expressing the monotony of existence which still plagued many despite the ‘Summer of Love’ phenomenon. The centrepiece of the album, ‘The Red Telephone’, demonstrates Lee exploring issues surrounding race and some more opaque allusions to the Vietnam War amongst the delightful string arrangements,  delivered with a plaintive vocal melody. With more references to death, Lee questions whether he is fortunate to be alive as a black man, appropriate given the anarchy fuelled by racial discrimination exhibited in the Detroit Riots of that summer. This subsequently begs the question: who exactly is the ‘Summer of Love’ for?

Lee continues to negotiate the racial division prevalent in the US in ‘Live and Let Live’ as well as referring to the distrust towards political leaders, such as the intense criticism President Lyndon B Johnson received regarding the war effort from protestors throughout his tenure. The song is brilliantly structured with its linchpin being Johnny Echols’ emotively distorted guitar riff which is finally allowed to usurp the whole track right at the very end.

Front to back this album is an impressive statement on the ‘Summer of Love’ and rightly considered one of the finest albums of all time. It exposes the ingeniously cynical mind of Arthur Lee and presents the immense musicianship of the likes of Michael Stuart-Ware on drums. Forever Changes uncovers how the summer of 1967 being full of love is mythical; minorities still suffered, the US was still fighting an unjust war, liberal sex and drug usage had the potential to be abusive, and people still had to negotiate the boredom and frustrations of everyday life. Though the phenomenon may have considered political injustices and encouraged ‘flower power’, Lee and co. question its integrity, versatility, and inclusivity. Ultimately, Forever Changes scrutinises the breadth and depth that the social phenomenon failed to achieve.