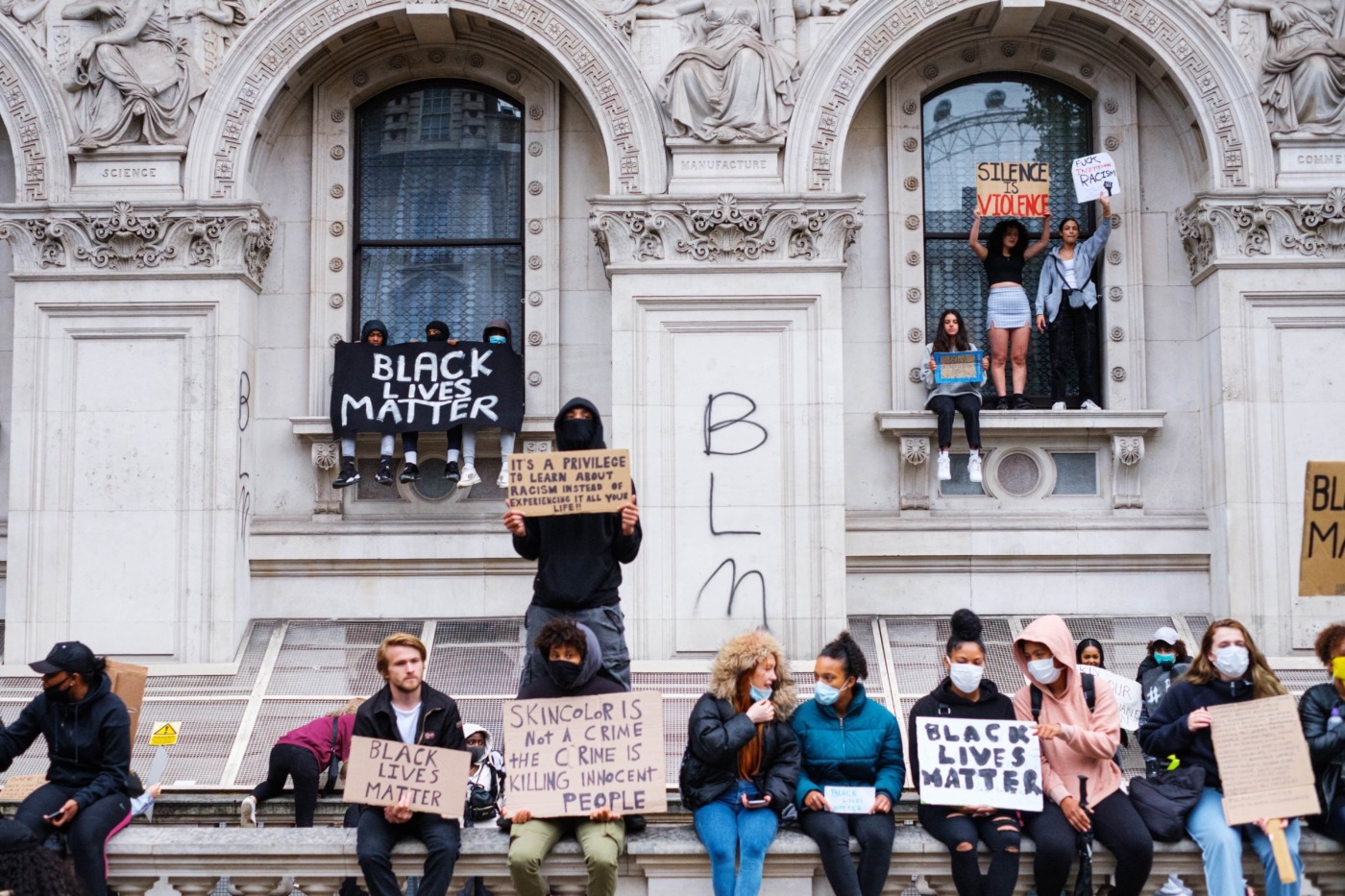 The Black Lives Matter movement has inspired millions of people across the world. But, what can universities do to support the movement, and how can students raise awareness for these issues? As a white person, it is hard to imagine the extent to which racism affects the day-to-day lives of the BAME community. However, education is key to understanding these issues, as well as to becoming stronger allies of the movement.

To begin with, one must understand the systems of oppression which operate within our society, but more specifically, within our own universities. In recent months, universities have been heavily criticised for ‘tokenistic’ support of the Black Lives Matter movement. In an open letter to the education secretary, Gavin Williamson, over 300 academics and students claimed that universities have failed to address the “systematic and structural nature” of racism within their institutions. To tackle this problem, they propose introducing training programs to educate university members on issues such as “institutional racism, white privilege and racial microaggressions”. They also recommend that universities publish a “detailed breakdown of the pay gap between white and BAME staff” as well as promote greater representation of ethnic minorities in Higher Education. Dedicated funding is another important factor in increasing representation. According to the seven UK research councils, white researchers are 59% more likely to receive funding than BAME academics. Therefore, the Equality and Human Rights Commission must increase funding to support BAME researchers.

One must understand the systems of oppression which operate within our society, but more specifically, within our own universities.

To support the Black Lives Matter movement, universities must start by decolonising the curriculum. Melz Owusu, a PhD student and former sabbatical officer at Leeds University has raised over £100,000 to launch the Free Black University in the UK. According to its Go Fund Me page, the Free Black University “exists to re-distribute knowledge and act as a space of incubation for the creation of transformative knowledge in the Black community”. Some of its long-term objectives include: to deliver a “range of open access online lectures to the community”, to “build an open access, free, and expansive online library”, to hold an “annual conference that brings together Black radical thinkers” and to offer “free and accessible education centred on the freedom of black people which necessarily succeeds the freedom of all people”. In response to this initiative, a spokesman for Universities UK said: “many institutions are already developing a more inclusive programme of learning”. By reviewing curriculums, rewriting reading lists and holding “decolonisation activities”, universities are slowly moving towards a safer and more inclusive environment for the BAME community. However, Owusu insists on the importance of a Higher Education system in which the black community can “find access to a curriculum and teaching staff where everyone looks like them”. Universities must continue to challenge institutional racism and racial discrimination at every level.

By reviewing curriculums, rewriting reading lists and holding decolonisation activities, universities are slowly moving towards a safer and more inclusive environment for the BAME community.

But, what else can universities do to support the black lives matter movement and fight against racial injustice? In the past, universities have been heavily criticised for failing to address complaints of racism and racial discrimination. In 2019, a freedom of information request (FoI) sent by the Guardian to 131 universities showed that students and staff made at least 996 formal complaints of racism over the past five years. Of these, 367 were upheld, leading to at least 78 student suspensions or expulsions and 51 staff suspensions, dismissals and resignations. The universities that received the most complaints were Cambridge, Oxford, Bedfordshire, Nottingham Trent, Birkbeck College and the University of London. According to The Guardian, more than a quarter of the universities surveyed lacked a centralised record of racism complaints were found at more than a quarter of universities surveyed. In response, the black students’ officer for the National Union of Students said: “As students of colour continue to face harassment in their places of study and abuse in their halls of accommodation, universities remain ill-equipped and unwilling to tackle the issue at large”. The level of institutional racism in Higher Education goes beyond the lack of representation. Those who are admitted often face racial discrimination from their peers. Without specific policies in place to protect the BAME community, how can universities expect to tackle the issue of racism in Higher Education?

The University of Warwick has experienced its own problems with racism. In April 2016, a first-year student found the words “monkey” and “n***a” written across a bunch of bananas that she had stored in the kitchen of her Rootes accommodation. National coverage of the incident led to the nickname “Bananagate”. More recently, in May 2018, 11 Warwick students were temporarily suspended over a private group chat in which members shared racist, sexist, and anti-Semitic views. The fallout from this case led to an independent external review of the University’s disciplinary processes in February 2019 and a full review was released in July 2019.

Since the Black Lives Matter protests, the University of Warwick’s student union has been investigating the level of racism and racial discrimination experienced by black members of the Warwick community. Tiana Holdgate, the union’s welfare officer, said: “Black students have told us they don’t feel like they belong. Racism is passed off as ‘banter’, and students say their concerns aren’t taken seriously. It’s very common for black students to avoid certain spaces and events because they don’t feel welcome.” In response, a spokesperson from the university said: “The University of Warwick absolutely condemns racism and fully supports the Black Lives Matter movement. And we want to provide reassurance that our words are backed by action.”

In June, the University of Warwick issued a joint statement from the Race Equality Taskforce and the University Executive Board in response to the Black Lives Matter Movement. In order to tackle racism at the university, it plans to “build a culture of anti-racism and inclusion” through student-led initiatives, workshops and training programs. It also sets targets to close the Black Attainment Gap at Warwick by 2025. The University has also established a Race Inequality Taskforce to investigate issues of racism and racial discrimination. The task force aims to “actively inform staff and students on how the University engages with matters related to race and racism” as well as identifying areas of improvement. Finally, to track their progress in tackling racial inequality, the University will make annual submissions to the Race Equality Charter, the Business in the Community Race at Work Charter and the West Midlands Combined Authority’s Inclusive Leaders’ Pledge. This will provide a benchmark for the university to measure against other Higher Education institutions.

Warwick has established a Race Inequality Taskforce to investigate issues of racism and racial discrimination.

The Black Lives Matter movement has exposed the level of institutional racism and racial discrimination that plagues our society. Universities are not exempted from this problem. It appears as though many universities, including Warwick, are starting to implement policies to tackle racism at every level of Higher Education. Only time will tell whether such changes will prove successful. One thing, however, is certain; we are at a turning point in our history. The choices we make now will impact the lives of future generations. If “Equality, Diversity, Inclusion” is to remain a mantra for the University of Warwick, then the work must begin now.