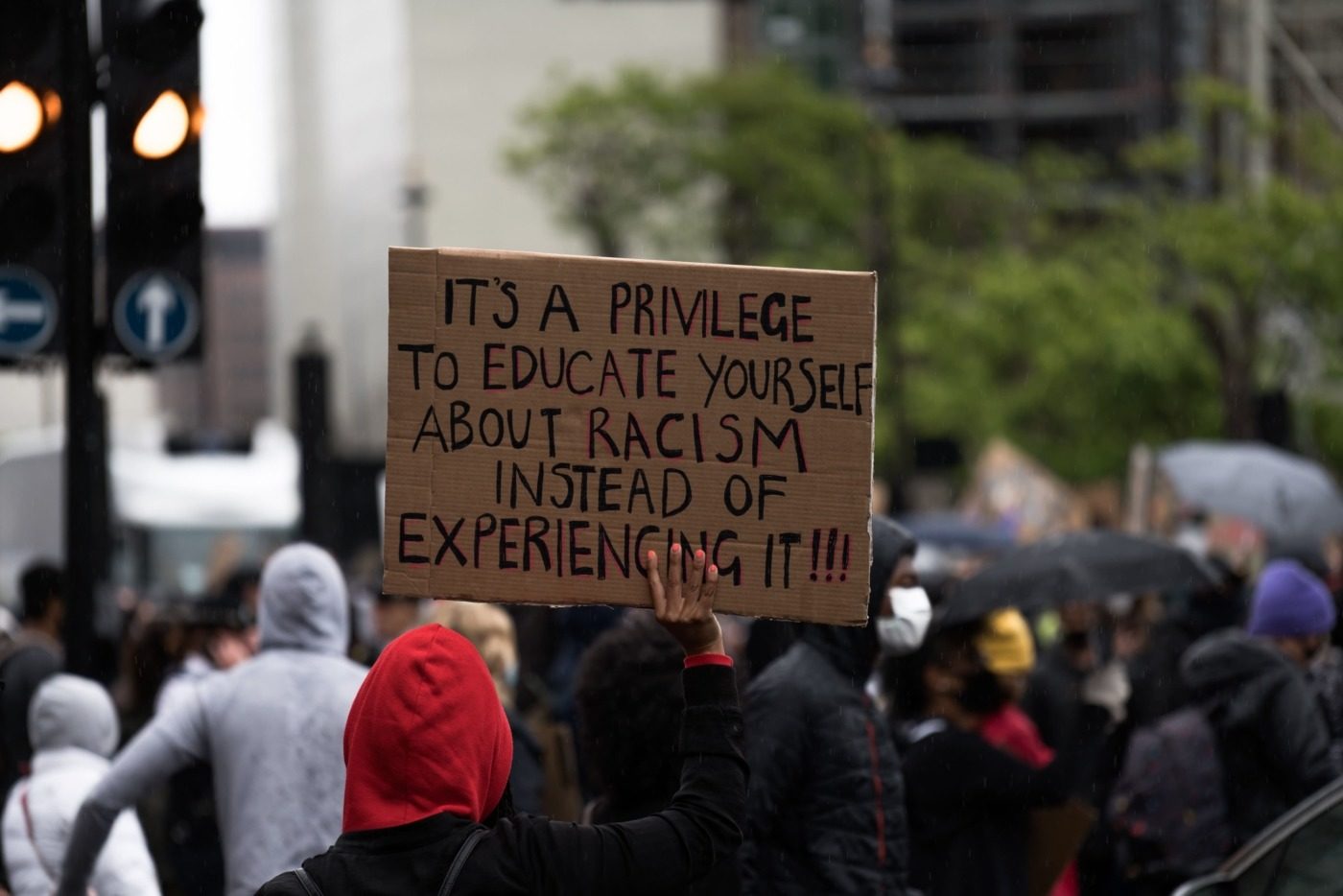 Black History: Why should we decolonise the curriculum?

Since George Floyd’s death, there has been a flurry of awareness for the inequality that black people face both in the United States and around the world, thanks to the Black Lives Matter movement. In the United Kingdom, the statue of Edward Colston was finally toppled in Bristol after years of campaigning to get it removed. This, along with people beginning to educate themselves on black history and struggles, has lead for another push for the curriculum to be decolonised in both compulsory and higher education.

Although Black History Month (October) has been part of the school curriculum for several years, campaigners say that this isn’t enough and limits black history to only being taught one month of the year. Additionally, lessons in Black History Month often focus exclusively on American history- such as slavery, Martin Luther King, and the civil rights movement- instead of black history in the United Kingdom. The Black Lives Matter has once again called for black history to not only be implemented into the curriculum but also to make it compulsory.

A petition online calling for schools to “teach Britain’s colonial past as part of the UK’s compulsory curriculum” has garnered over 100,000 signatures since it was set up in June.

A petition online calling for schools to “teach Britain’s colonial past as part of the UK’s compulsory curriculum” has garnered over 100,000 signatures.

Campaigners have created an alternative ‘black’ curriculum, which aims to teach pupils aged 8 to 16 black history throughout the year. The black curriculum was devised by Lavinya Stennett, (who studies African studies at Soas University of London) and consists of four modules: art history, migration, politics and the legal system, and land and the environment. This curriculum aims to develop a sense of identity and belonging, as well as building a sense of social cohesion.

But why is it so important that we include black history in the school curriculum?

First, it’s important to consider why it wasn’t included in the first place. Postcolonial theorists explain that black history has been deliberately excluded from the UK curriculum, through what it is called sanctioned ignorance. This means that the particular contexts of history are intentionally silenced and it is legitimised through saying that these contexts ‘aren’t important’ or ‘are less relevant’ than other contexts. The fact that black history isn’t included in the national curriculum is racist because it teaches that white history is more important and ‘real history’, while black history is nothing more than a footnote.

Particular contexts of history are intentionally silenced and it is legitimised through saying that these contexts “aren’t important” or are “less relevant” than other contexts.

This also plays a large part in reproducing colonial structures and systemic racism in society, as it means children subconsciously learn that white narratives are “important”, while black narratives aren’t. Some sociologists argue that this is damaging to black children’s self esteem, as they are taught in schools, (which are considered politically impartial), that they are less important.

Furthermore, it erases black political agency from history, as it ignores the long history of their struggle against inequality. In schools, the importance of the French Revolution is often taught, not just in history but in English and art- it is considered a key moment in the Enlightenment era as it provides context for art and literature produced in that period. However, the Haitian Revolution is not given the same status and is rarely taught in schools- this was a success slave uprising against French colonialists, which occurred roughly the same time as the French Revolution. By refusing to teach these contexts, it makes slaves seem passive or even willing and therefore removes the history of black rebellion against colonialism.

It is a mistake to not consider the role of slavery in the Enlightenment, as it was a key context in the building of the modern world. The Industrial Revolution largely fuelled by the wealth gained from the slave trade and without it, Europe wouldn’t be where it is today. Neither would many places that were colonised- however, this is because of how ‘Great’ Britain exploited them for their own gain and several countries are still recovering from it.

Many people are keen to bury black history because it makes them feel uncomfortable, especially when it comes to slavery. However, this is just more of a reason to teach it- it’s important to confront ideas that make us feel uncomfortable and consider why they do so. Is it because we know that our ancestors were likely complicit in slavery, if not directly gaining from it? Or is it because we want to pretend that inequality was something that happened long ago and is no longer present?

It’s important to confront ideas that make us feel uncomfortable and consider why they do so.

Many people like to believe that they would have stood up to slavery if they were around back then. But colonialism and racism still benefit us now and many people are still silent on the matter until it’s trending on social media. Not to mention there are still modern forms of slavery in place- such as human trafficking or the United States prison system- and yet many of us like to pretend that we’ve closed the book on slavery, even on racism, and it is no longer something to be concerned with.

It’s a sad truth that some people (and institutes) disagree with decolonising the curriculum in the UK. Not only has the issue been ignored for many years prior to now but only one fifth of universities have committed to doing so, in the light of the Black Lives Matter movement.

Perhaps consciously or subconsciously, it is because people want to maintain a white hegemony and continue to exclude black people from the curriculum. Or perhaps it’s because they truly do somehow see black history and culture as being less important. Or maybe they’re concerned that children may not be able to handle learning the violence of colonialism in the same way that there was uproar about children learning about the existence of same-sex couples.

In regards to the latter, it reveals a concerning double standard. As white people, we live privileged lives and a big part of this privilege is that we often aren’t aware of racism- while we are playing with Barbie dolls, black children are learning that the colour of their skin gives people a reason to hate them. This is a big reason why black history needs to be implemented in school: white children are shielded from the reality of racism in a way that children of other races and cultures are not. All children should know and understand the history of our country- not just the parts that we pride ourselves on, which are too often the focus in the curriculum.

White children are shielded from the reality of racism in a way that children of other races and cultures are not.

However, we shouldn’t just wait around for the government to make a decision on this matter. Introducing the black curriculum would not only show the value of black history and erase double standards but also potentially lead to a less racist society. As students, we should push for the curriculum to be decolonised in both compulsory education and higher education.