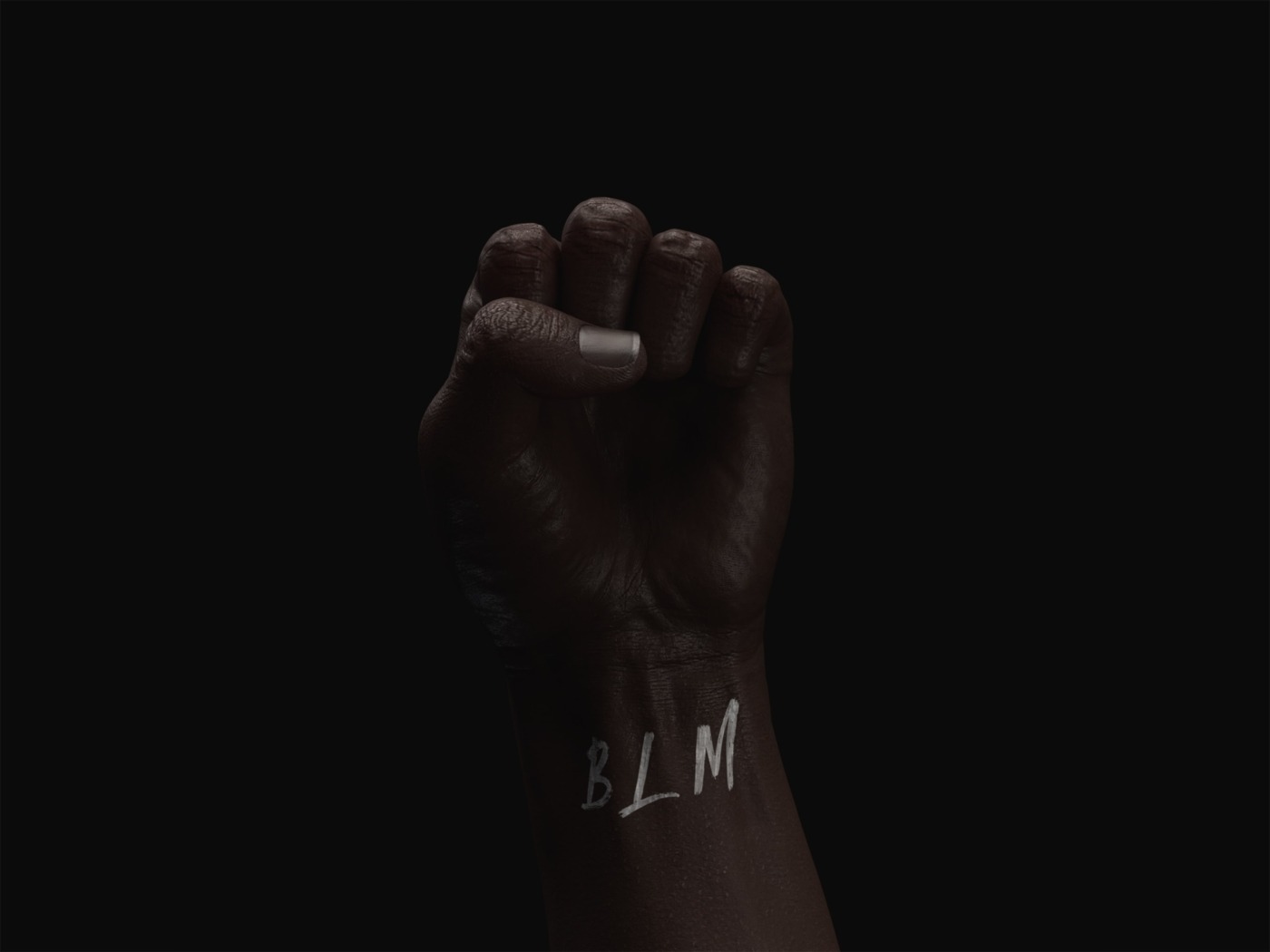 With the rightful call to “amplify black voices” in British popular culture and academia on the rise, it’s important to reflect on exactly why this is so imperative. Realising our entanglement in a whitewashed, overtly celebratory and nationalistic history is a crucial first step. But to be able to untangle the knot we must first understand how it was tied.

Britain’s obscured national history which conceals the truths of colonialism is the result of centuries of epistemic oppression whereby European colonizers denied the knowledge, voice and history of their colonized subjects. There was a close relationship between colonialism and the written word that involved a denial of the history of the colonised. An imposed “historylessness” was used to position the colonised as ‘savages’ while the colonisers presented themselves as white saviours offering a kind of civilization bred from a long historical record of epistemic development.

Britain’s obscured national history which conceals the truths of colonialism is the result of centuries of epistemic oppression.

For the colonizers, to demonstrate the facility of the human word was to demonstrate humanity. To write as a white coloniser was a power to be appropriated if colonial discourse was to be defeated. Written knowledge was quite literally power, but it was a stability that was continually denied to the colonised and was ruthlessly employed as an epistemological restraining mechanism by British colonisers. With indigenous groups either generically associated with oral cultures or overlooked by language or cultural barriers, they were deemed as lacking not only a history but humanity, agency, and value.

That is not to say that the enslaved did not try to circumvent their oppression to learn to read and write. They did. And they were largely successful. The problem was that literacy became a freedom to be frequently relinquished at the leisure of the colonisers following slave revolts or misbehaviour. British slave owners would intervene in their learning. And although in the run up to the abolition of the slave trade in 1807, slave narratives gained substantial interest in Britain, autobiographies were far from objective, as white British editors controlled the direction of the narratives, keen to eliminate anything too revealing.

Perpetually, then, the enslaved were repudiated and unable to record their own histories. They were not epistemically oppressed in the sense that they could not think for themselves, we must remember. It was simply that their experiences were being buried deeper and deeper into the historical record beneath a superficial narrative of white supremacy. Today, slaves are largely still dehumanised in the discipline of history as we learn of them merely as a statistic in a logbook or plantation account, or as a monetary figure. The black British story is gravely eclipsed.

Today, slaves are still largely dehuminised in the discipline of history.

British history adheres to a singular Westernised epistemic framework that centres around a kind of national pride that is the precise continuation of the white superiority narrative and epistemic oppression enforced by British colonisers. We must recognise this link between past and present to understand that our history incessantly marginalises black people by continuing to refuse the integration of their voices.

Among 21,000 academic staff at professorial level, only 140 identify as black. This means that fewer than 1% of the professors employed at UK universities are black.  As long as knowledge production stays orientated towards an overwhelming majority of white professors, the British university system is guilty of reproducing white privilege. Black people are academically isolated by both the system’s reluctance to tell the story of their ancestors who played an undeniable role in British history and their minority voice in the present system. When black British history is told, whiteness remains at the centre as black people themselves often have little agency over their histories. This implicates a misrepresentation and appropriation of black knowledge, deeming it acceptable to appropriate and overlook the black voice in wider spheres of society.

Among 21,000 academic staff at professorial level, only 140 identify as black. This means that fewer than 1% ofthe professors employed at UK universities are black.

With an airbrushed national history comes ignorance. As we are fed just one side of the story, we must recognise that our narrative framework is not only restrictive for all students in appreciating a holistic British history, but most importantly it is a barrier to the understanding, appreciation and freedom of black people in contemporary Britain. When we learn of the great kings and queens without understanding their complicity in slavery, when we commend the great Industrial Revolution without an awareness of its cotton supply with inextricable ties to slave labour in the West Indies, or when we fancifully admire British country houses without considering their construction on the back of the large sums of compensation money to beneficiaries of slavery in the 1830s, we partake in systemic racism. Through a British history that reveres whiteness we absolve our ancestors of the responsibility of slavery and risk further repression of our black neighbours under the pretence that this is socially acceptable.

We must circumvent the institution of power relations behind the discipline of history to get at the truth of British colonialism and actively seek out narratives of the silenced. This means taking modules outside of Gove’s comfort circle of classical British history and literature. It means pressuring to decolonise the curriculum. And it means focusing our efforts on dismantling the barriers for black professors advancing into higher education so that we can let them tell their own story.

It doesn’t mean celebrating black history month once a year and learning about white history for the other 11 months. Or placing the emotional labour of ‘black topics’ onto black students. It is a problem for a predominantly white historical discipline in Britain to notice and correct so that black voices in Britain may flourish.

For decolonising your own bookshelf, reading works by Walter Rodney, a Guyanese historian who specialised in African studies and writes about the devastations of colonialism and neo-colonialism, is a good place to start. Paul Gilroy, a British scholar who reveals what it was truly like to grow up under the British flag with half Guyanese heritage, is another insightful read.

No one deserves to be confused about their heritage, yet many black people are unable to see how they fit into the nation’s history. We have continued the same exclusionary historical trajectory initiated by our ancestral colonisers without looking back, and our black companions have fallen through the gaps. By continuing to silence black British history, we further perpetuate a kind of epistemic injustice that reverberates mercilessly through our society. We conjure the treacherous conception among young people that Britishness is whiteness. We must admit and rectify our alienation of black people in our history.

By continuing to silence black British history, we further perpetuate a kind of epistemic injustice that reverberates mercilessly through our society.

We can no longer accept the oft-repeated narrative that indigenous cultures had no history until the white Brit colonized their lands. We should consider pre-colonial histories and analyse their cultures on their own terms. We should do this not through the white blurred lens but through a framework that enables an appreciation of the knowledge and rationality inherent in indigenous cultures beyond our narrow and ignorant white Western standard. We should learn how African artwork, for example, thrived amid a backdrop of intellectual, mathematical and scientific proficiency – it wasn’t just an aesthetic. To continue the same example, a knowledge of the African empires of Kush, Tunisia, Songhai and many others should be as wide-ranging as those of Greece and Rome.

We must face up to the epistemic injustice in British society and commit to amplifying black voices today, tomorrow, and forever until black history is wholeheartedly appreciated as British history. We must advocate for more black British academics. This must be accompanied by a transformation of our historical discipline into one that engages multiple epistemic frameworks to support them. We must not hand over the mic to black people only when it suits the ‘trend’ of BLM, but always integrate black voices, and listen, hard, to what they have to say. As J. Nozipo Maraire put it, “Until the lion learns how to write, every story will glorify the hunter”. It is long overdue that we now must listen to the lion’s story.