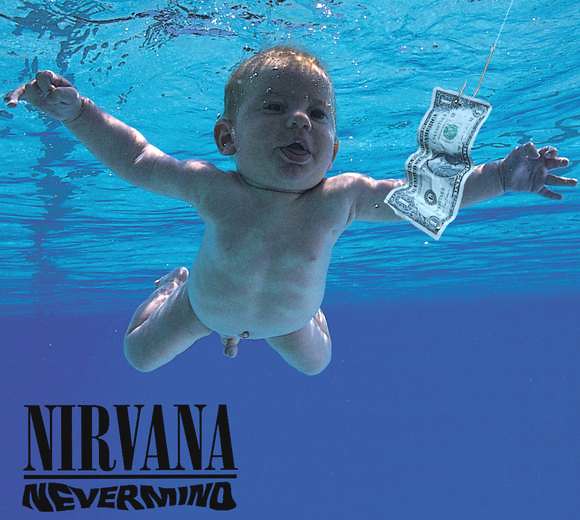 Spearheaded by Gen X icon Kurt Cobain, alongside drummer Dave Grohl and bassist Krist Novoselic, Nevermind catapulted rock music back into the mainstream in late 1991. Upon its release, it was universally acclaimed and it has now become dogma to believe that Nevermind is an exceptional album – understandably so, given how a Nirvana listening phase is seemingly an adolescent right of passage. However, has its influence on the musical landscape, and the untimely death of Nirvana’s mercurial frontman, distorted many people’s perspective on the album itself?

From the off, it’s clear that the first half of the album is almost impeccable. The singles from this LP are generally regarded as the best songs of the record. With one swift, gritty, punkish guitar riff that sounds eerily similar to the chorus of ‘More Than A Feeling’, Nevermind is launched by ‘Smells Like Teen Spirit’. Though overplayed, it is clear why this was a colossal hit: its song structure spells out pop sensibility with its verse, pre-chorus, chorus, post-chorus, and outro formula.

‘Come As You Are’ is probably the best song on the whole project. The watery guitar tone underpins the iconic intro that propels this classic grunge track. Grohl’s understated drumming here is superb with its hooky drum patterns. The guitar solo, though not particularly tasteful, works and Cobain’s lyrical and vocal performance, which inspired the indifferent style that permeated ’90s rock, illustrates how Cobain was one of the best at delivering repetitive lyrics.

My personal favourite, ‘Lithium’, once more demonstrates Cobain’s capacity to be a captivating songwriter. The song structure is neat, delightful musicianship, and an addictive chorus which is appropriate given the song title and its context. Producer Butch Vig deserves praise too as his liberal approach undoubtedly led to the creation of one of the boldest, unique and legendary sonic experiences in rock music.

Though lyrics have never been Cobain’s priority, his stream of consciousness is nonetheless alarming given the nature of his premature death. The references to firearms in the first three tracks, his disturbingly accurate depiction of manic depression on the track ‘Lithium’, and his grossly cynical portrayal of a romantic relationship on ‘Drain You’, with hindsight, suggests a man whose prone to experiencing severe declines in his mental health. Although this would be more apparent on Nirvana’s third and final effort In Utero (1993), Nevermind can still be considered a prolepsis of sorts regarding the fate of Nirvana’s famed frontman: similar to Ian Curtis of Joy Division fame.

Nevertheless, the album is not infallible. Though songs like ‘On a Plain’ and ‘Something in the Way’ are enjoyable in their own right, the overall quality of the second half is not as high, leaving the album feeling uneven. Tracks like ‘Territorial Pissings’ aren’t nearly as engaging, despite lyrics such as: “Just because you’re paranoid/Don’t mean they’re not after you” being relevant for those suffering from the disorder.

Nirvana’s sound also gets tiresome at times – the pace never really lets up. Of course, there are slightly slower songs, for instance, ‘Come As You Are’ and ‘Lithium’, however, there’s no real respite from the intensity until twelve tracks in (‘Polly’, though acoustic, still has a momentum to it). I’d be lying if I find ‘Endless, Nameless’ a pleasant album closer. Although it was not originally intended to be, it does not mean the song gets a pass since it could be considered an artistic statement or a track to vary the tracklist.

Ultimately, I can see why this album is so likeable: the sound is inimitable, some songs here are the best the ’90s had to offer, and its influence on the musical landscape is only comparable to albums such as Sgt. Pepper. But, like Sgt. Pepper, this LP suffers the curse of being the first: it provides the blueprint for what and what not to do for rock bands to thrive in the ’90s. Nevermind resulted in albums that perfected the slacker aesthetic: Pavement’s Crooked Rain, Crooked Rain and Smashing Pumpkins’ Siamese Dream indulge in similar themes but with consistently superb songwriting.

Not to mention the clever, ambitious, and otherworldly works produced in Britain too like Parklife and OK Computer, quickly leaving Nevermind to be a distant memory by the late ‘90s. Due to Cobain’s premature, death, this LP undoubtedly possesses a mythical aura which very few albums do. It is an essential rock album, given its context and I can’t begrudge anyone who considers it as one of the very best the decade has to offer. However, it is far from being the perfect alternative rock album.

We recommend – ‘Come As You Are’