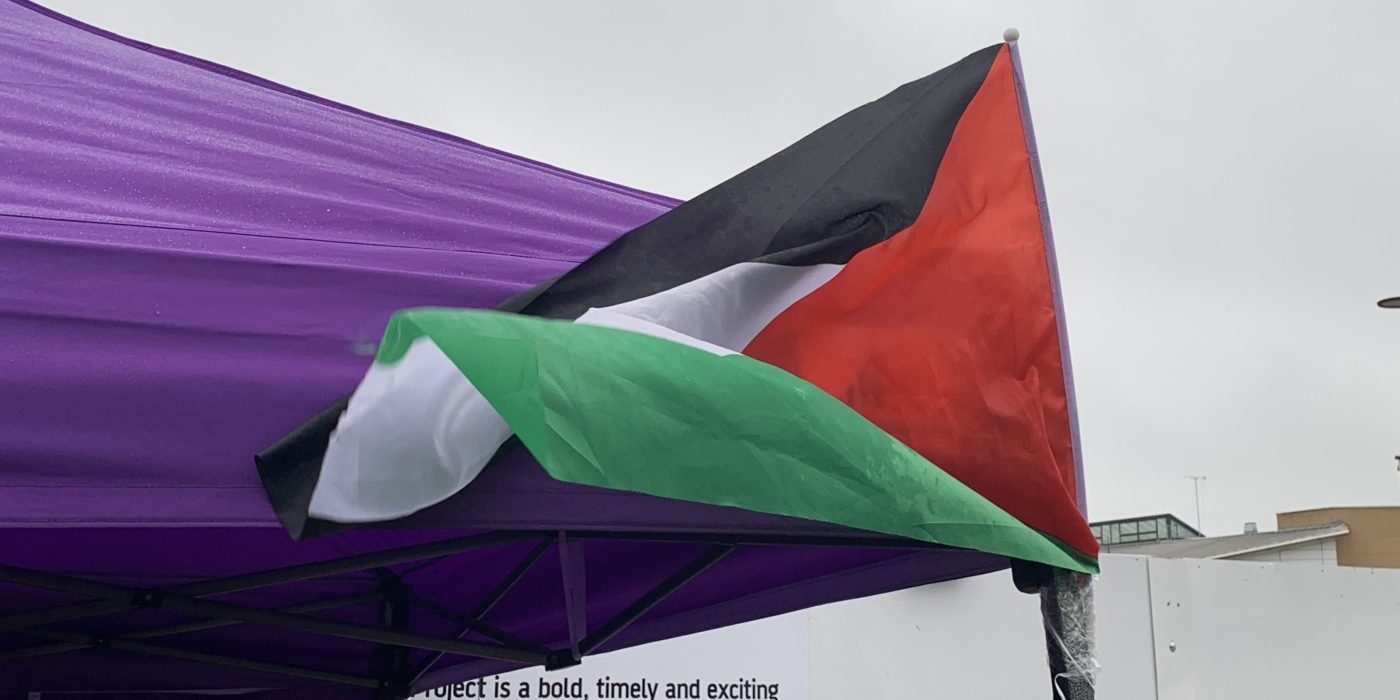 Warwick Occupy, a group of students at the University who have been occupying the Students’ Union (SU) for seven days, have released two lists of demands.

The group consists of societies such as Friends of Palestine (FoP), Pride, Anti-Racism (WARSoc), Anti-Sexism (WASS) and Labour. They began occupying two rooms in Warwick SU’s headquarters after a former IDF colonel gave a talk on campus last Tuesday.

In a statement published on Wednesday 20 November, Warwick Occupy said their demands concern “ethnic minority students and allies who have been ignored in their countless attempts to go through the supposedly ‘apolitical’ official channels.”

The lists of demands combined “seek institutional transformation” and clarify that the occupation will be called off “when both SU and University Management demonstrate a clear commitment” to Warwick Occupy’s demands.

Their appeal to the University has nine clauses:

1. Rights for the occupiers, including deleting “any current information” on the protestors and “ceasing to surveil or and/or collection information” about them;

2. An investigation into inviting the former IDF colonel on campus, which cannot be “a repetition of the previous investigation into the ‘Rape Chat Scandal’, which was not fit for purpose, subjected victims to additional trauma, and had a conflict of interest”;

3. An investigation into campus security, “especially concerning the filming of protestors using personal devices by security” and alleged “racial profiling”;

4. “Divestment from the Israeli occupation”, after the University “refused to publish their investments” requested by the Palestinian Solidarity Campaign;

5. An investigation into “wider institutional racism” at Warwick, which has “contributed to creating an unsafe environment for their students and staff”;

6. An “investigation into, and the undoing of colonial legacies on campus”, through renaming the Radcliffe Centre, “seriously” considering “findings of the Decolonise Project” and other initiatives;

7. A “stop to the targeting of Palestinian, Arab and Muslim Groups” by no longer “abusing CONTEST policies” like Prevent, making “proactive efforts not to silence pro-Palestinian activists”, implementing “specific and substantial scholarships to support potential students” and others;

8. Important changes to wellbeing and welfare, through hiring “different counsellors” who have “expertise in the different inequalities that different students face” as well as training personal tutors to address “different needs” of “minority and working class students;

9. And “changes to democratic and anti-oppression structures within the University”, such as “direct access  to decision-making bodies for representatives from marginalised groups, with a specific mandate on anti-oppression policy”.

Warwick Occupy have also called for the SU to “work with (them), rather than against (them), to further put pressure on” the University.

Besides rights for occupiers, “a stop to the targeting of Palestinian, Arab and Muslim Groups”, as well as investigations into the IDF colonel’s invitation and “colonial legacies on campus” detailed above, Warwick Occupy is also demanding for:

1. A “new statement” from the SU on recent events, including a “public apology to all minority students” – particularly Palestinian students – “who felt disregarded, threatened and unsafe” as a result of the talk and during the start of the occupation, as well as “unequivocal condemnation of Islamophobia” by StandWithUs, the talk’s “co-host and sponsor”;

2. An investigation into “the conduct of the Venue Managers” and their “potentially illegal actions”, for allegedly subjecting students “to intimidation, harassment and invasion of privacy”;

Racist and islamophobic (sic) culture is pernicious and it has permeated our society, our University, and the institutions therein

3. A review into the SU’s External Speaker Policy, which “is implemented in recognising that the ‘welfare’ of students is not apolitical, but is tied to wider systems of oppression” – Warwick Occupy also called for a ban on “spokespeople from all militaries” and “arms manufacturers”;

4. A “thorough” investigation into “wider institutional racism” in the SU, whose management demographic “is not representative of its members” due to an alleged lack of ethnic minority staff”;

5. “Protection” for the Sabbatical Officers, who Warwick Occupy suggests should individually sign any statements put out by the SU;

6. Changes “to the democratic and anti-oppression structures within the SU”, in line with their Democracy Review, and the establishment of a ‘Rights of Assembly’ document;

7. And the SU to “lobby the University” to meet Warwick Occupy’s list of demands, while supporting “future occupations”.

The demands come amid the University and College Union (UCU) strikes, which began today and will run until Wednesday 4 December next week. Warwick’s UCU branch showed solidarity with Warwick Occupy in a statement released online.

They said: “This occupation is important as are occupiers’ demands that we as a University community finally begin to take serious, coordinated, and concerted action to tackle these problems.

“Racist and islamophobic (sic) culture is pernicious and it has permeated our society, our University, and the institutions therein.”

They called on the University “to launch an official and widespread investigation into racism on campus, and particularly the ways that it is embedded in processes ranging from pay gaps to the external speaker policy”.

On the picket line today, members of Warwick Occupy addressed striking staff during the opening rally.

Warwick Occupy, the University of Warwick and Warwick SU have been contacted for comment.