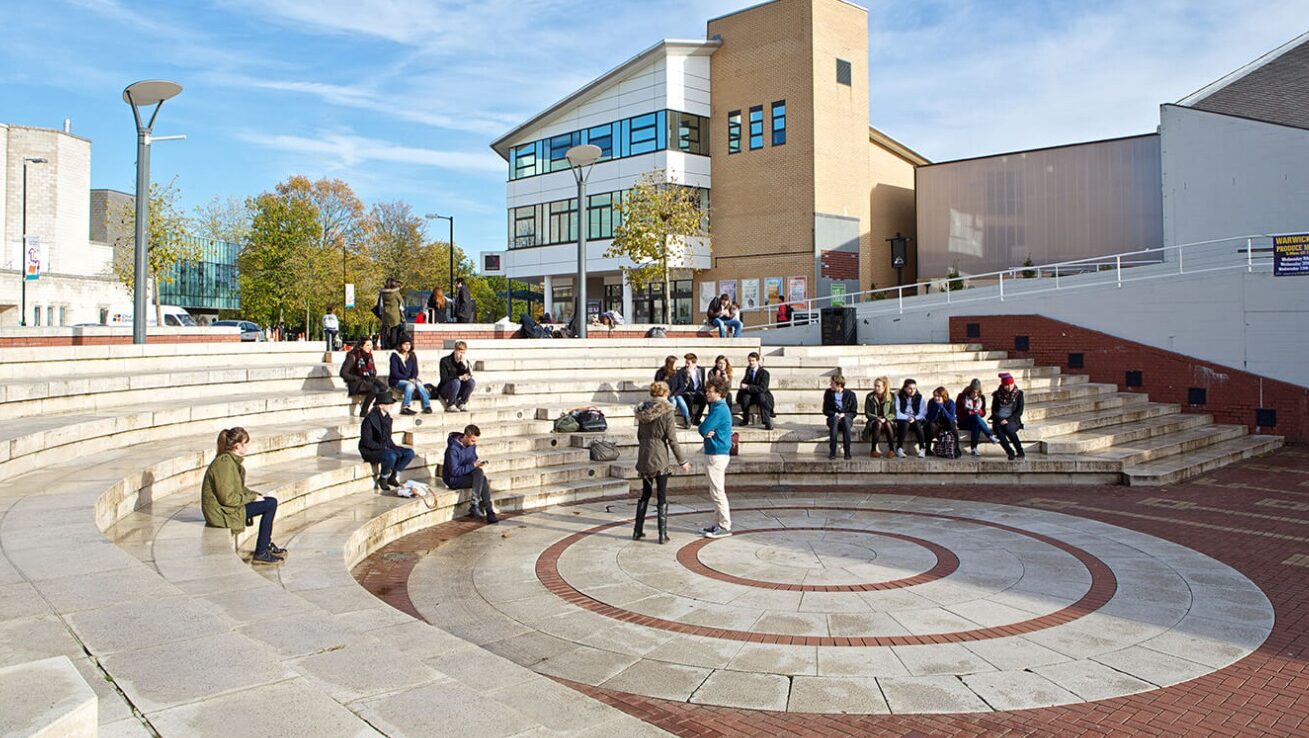 The talk was moved to a different room and subsequent sit-ins were staged outside the second talk, as well as inside SUHQ.

Entitled “No to Whitewashing Apartheid, No to Islamaphobia”, the protest was part of a demonstration against an event organised by Warwick Jewish Israeli Society (JiSoc) and co-hosted by StandWithUs UK in which Colonel Eyal Dror, who established the IDF Humanitarian Unit, was to give a presentation.

The protest followed the release of a joint statement two days before calling for the University to cancel the event deemed “shameful” and for the SU to “take action”.

The statement condemned the University for allowing “in the same week that over 34 Palestinians have been massacred by the Israel defence forces (IDF)” a “colonel from that same force to speak on campus” and also raised concern “that an event like this is going forward, considering StandWithUs has been funded by various individuals linked with Islamophobic organisations”.

It began outside So.2o in the Social Sciences building – the room in which the talk was take place – with a series of statements from representatives of Warwick Friends of Palestine Society, Warwick Islamic Society, Warwick Pride and WFFE.

Taj Ali, Warwick SU’s Ethnic Minorities Officer then spoke to the demonstrators: “We as students, as the grassroots, need to lobby our students’ unions to take into account the welfare of Muslim students, of Palestinian students, any marginalised community.

“We are here to protest against an Islamophobic organisation that has links to the Israeli government; that has funded people who have spread propaganda on campus to whitewash apartheid.”

He added that he found out about the IDF speaker event a week ago but the SU and University told him “not to say anything”.

Mr Ali then began a series of chants which included “Free, free Palestine”, “Palestinian lives matter”, “Apartheid off campus”  and “In our millions in our billions, we are all Palestinians”.

Protestors were then asked by a member of security to move their chanting outside of the Social Sciences building.

While chants continued outside the building, a second group of around 25 protestors stood up inside the room where the talk was being held and began to demonstrate.

Holding Palestinian flags, they read out a prepared statement which began: “In the same week that innocent Palestinian civilians have been massacred by Israeli Defence Forces, the IDF, Warwick university has allowed a colonel from that same force to speak on campus…”

Members of Warwick Jewish Israeli Society and the audience responded with verbal attempts to disrupt
the protest, singing football songs, shouting at protestors, and, at one point, singing the hymn
‘Jerusalem’ from the back of the room, according to someone from inside the room.

From this point, Mr Dror was forced to stop his presentation. Protests continued for the rest of the scheduled hour and demonstrators refused to leave when asked by security, calling for the talk to be cancelled.

The protestors that were earlier asked to move outside of the Social Sciences building moved back inside upon hearing of the protest inside the talk. The group then continued chanting outside S0.20, barred by campus security from also entering the room.

Just before 1pm, the time scheduled for the end of the talk, audience members began to leave the room with Colonel Dror escorted by security. Protestors preceded to shout “war criminal” and “shame” as he passed.

All 50 protestors then marched on through campus to the SU “to tell them we are not satisfied with their statement” put out just before the protest began. After chanting “Warwick SU shame on you”, a sit-in within the SU Sabbatical Officers’ office was commenced.

Meanwhile, the talk by Colonel Dror was moved into Library Room 1. While the talk was being moved, StandWithUS UK tweeted that the event had been “hijacked”.

After negotiating with campus security to be allowed inside the building, a sit-in by protestors outside of Library Room 1 then took place.

“We respect the right of individuals to protest. We were saddened that they tried to terminate the event. We were pleased that we were able to reconvene in a different room to hear Lt. Col Dror’s incredible story.

“What an honour to host a true Israeli hero.”

Regarding the protest, the University of Warwick told The Boar: “There was today a student-led event that drew protests from other students. The University was able to ensure that both the original event and the protest were able to take place.”