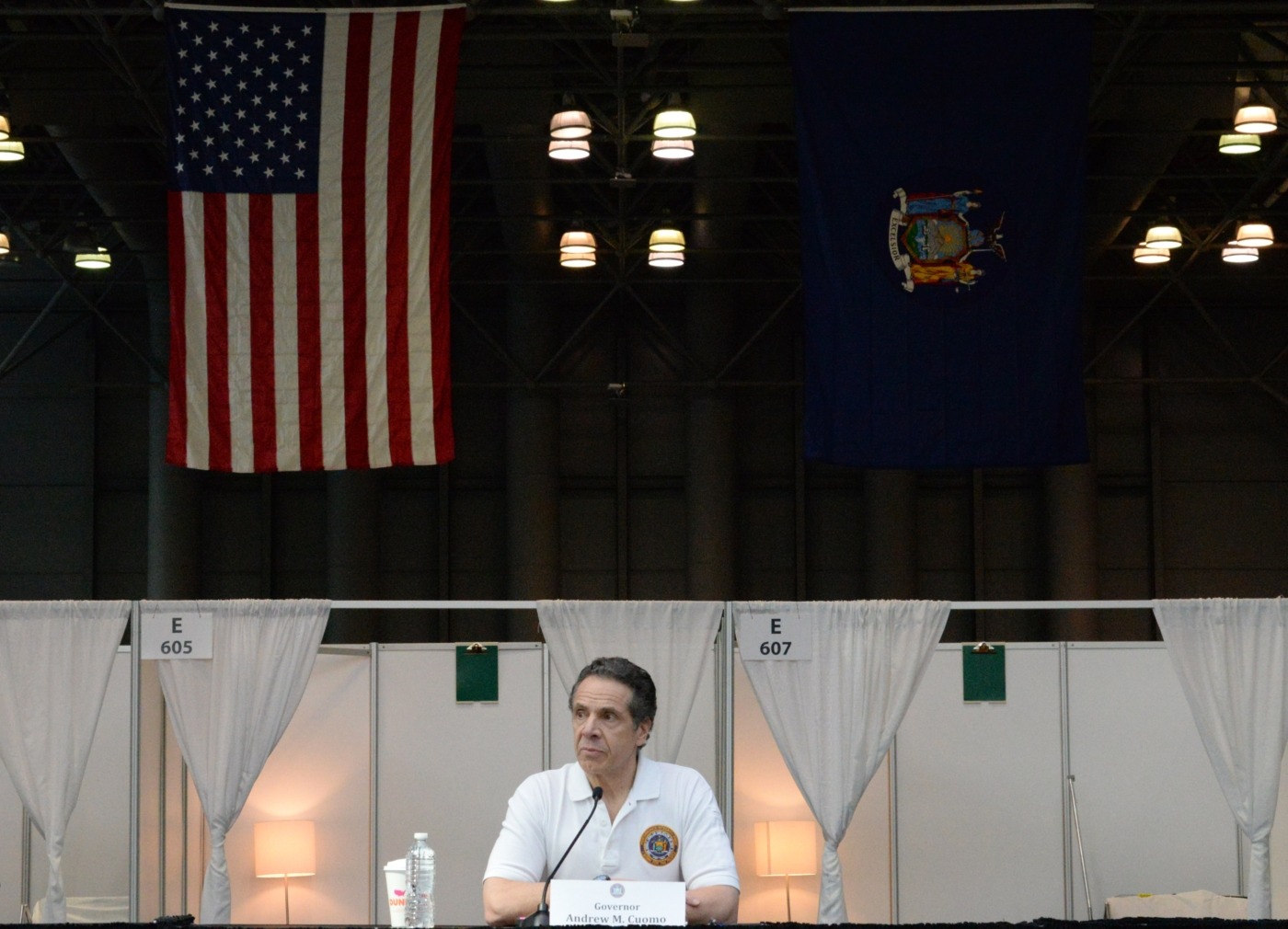 This time last year, New York Governor Andrew Cuomo was seen as a hero. It was said that he’d succeeded in tackling Covid, offering calm and respectful leadership in absence of the same presence from the White House. Many people hoped that he’d take over the Democratic presidential ticket, and were calling themselves ‘Cuomosexuals.’ He won an Emmy for communication.

Now he has left his office in disgrace, forced out by a mounting scandal and potentially facing prosecution. What happened to Andrew Cuomo, and what does it say about the state of US politics?

On Tuesday 3 August, NY Attorney General Letitia James released a long-awaited report on allegations of sexual harassment against Cuomo. And it didn’t make for pleasant reading. The report found that the 11 women who’d accused Cuomo of sexual harassment and assault, ranging from inappropriate comments to forced kisses and groping, were telling the truth about his behaviour.

He blamed any discrepancies on cultural and generational differences

It also found that he created a hostile work environment “rife with fear and intimidation”, a culture “where you could not say no to the governor and if you upset him or his senior staff you’d be written off, cast aside or worse.” Most damning for the governor, the report said he had “violated federal and state laws”, opening the door for potential criminal prosecution.

In response to the publication, Cuomo issued a tone-deaf statement. He denied the allegations, saying that “the facts are much different than what has been portrayed”, and that he “never touched anyone inappropriately or made inappropriate sexual advances.” He blamed any discrepancies on cultural and generational differences, and then played a slideshow of himself and other politicians embracing members of the public.

This was not passing water, especially after the governor had presented himself as a champion of the #MeToo movement. On 12 August 2019, he signed new legislation designed to increase sexual harassment protections for women in the workplace. At the time, he said: “Let’s honour all the women who have endured this humiliation. Let’s honour the women who have had the courage to come forward to tell their stories, and let’s actually change things.”

When he was in the crosshairs, however, he fell back onto the old defences – claiming he did not realise his behaviour was inappropriate, and that “I did not realise the extent to which the line has been redrawn.” No one was buying it, especially after he’d helped redraw the line.

People queued up to demand he go. Both senators for New York, Chuck Schumer and Kirsten Gillibrand, said he should resign. House Speaker Nancy Pelosi shared their opinion, and the governors of neighbouring states said his position was untenable. President Biden, who’d stated he’d wait until the report was released before passing his opinion, said: “I think he should resign.”

[Cuomo] still faces the spectre of criminal charges, linked to both the assault charges, a cover-up of nursing home death numbers

As Cuomo showed no signs of wanting to stand down, authorities in New York started looking at impeachment proceedings and criminal indictments. His allies were abandoning him – his top aide, Melissa DeRosa, resigned on 8 August, a death blow to Cuomo’s political career. It was not a matter of if he’d go, but rather when and how.

On 10 August, Cuomo called a press conference, in which he criticised the report and apologised to the 11 women who accused him of harassment. He then tendered his resignation, effective 14 days from that day, at which time the state’s lieutenant governor Kathy Hochul will assume the role. He didn’t say that the resignation was down to the allegations, but rather that they’d got in the way of him doing his job: “The best way I can help now is if I step aside and let the government get back to governing. And therefore, that’s what I’ll do.”

There may be hope that with this resignation, impeachment charges will be taken off the table, enabling him to run again if he so wishes. He still faces the spectre of criminal charges – linked to both the assault charges, a cover-up of nursing home death numbers, and whether he misused his office to publish a book prematurely touting his success.

Cuomo was not the only one implicated by this report. His brother, CNN news anchor Chris Cuomo, is embroiled in a major ethics scandal after it was revealed he helped manage the governor’s response to the scandal – a huge conflict of interest. There were already issues raised about Cuomo’s softball treatment of his brother on his show, asking him about the size of his nose and his dating prospects. The Cuomo Prime Time didn’t even touch the story of James’ report the day it broke. But having helped to devise talking points and strategies for the governor to respond to the allegations is seen as going too far – there have been widespread calls for Cuomo’s resignation from CNN in response.

Time’s Up, an organisation launched at the height of the #MeToo movement to hold powerful men to account, was also pulled into the scandal. It emerged that CEO Tina Tchen and co-founder Roberta Kaplan actually worked with Cuomo to discredit one of his accusers. The organisation was accused of abandoning survivors, “aiding [abusers] in victim blaming and undermining [survivors’] ability to come forward” in an open letter by staffers. Kaplan has now resigned as chairwoman due to her links with Cuomo.

Cuomo is the latest in a long line of US politicians to face allegations of this kind, and the third NY Governor in a row to stand down after a scandal involving the treatment of women. Although it’s widely believed that President Bill Clinton was impeached due to sexually harassing a staffer and using the power of his office to have an affair with Monica Lewinsky, that’s not actually the case. Instead, he was charged with lying under oath and obstructing justice. At the time, even the president’s own lawyers said his actions were “morally reprehensible.” In the end, he was acquitted on both charges by the Senate, and he arguably emerged stronger after the impeachment.

At least 26 women accused President Donald Trump of varying degrees of sexual assault – from groping, to kissing without consent, to rape. Some of these allegations predated his presidential run, some came out on the campaign trail, and some during his presidency. On the campaign trail, a behind-the-scenes tape from the TV show Access Hollywood was published, in which Trump said about seducing a married woman: “I don’t even wait. And when you’re a star, they let you do it. You can do anything. … Grab ‘em by the pussy. You can do anything.” In defence of his actions, Trump said that Bill Clinton had “said far worse to me on the golf course”, and called the women “liars.” Trump would go on to win the presidency.

Current President Biden also faced heightened scrutiny of his past conduct towards women – he is accused of touching women inappropriately, sniffing the hair of young girls, and being generally sexist. During the campaign, former staffer Tara Reade claimed that Biden touched her inappropriately when they worked in his Senate office, and that he raped her in 1993. Biden’s campaign issued a statement, which stated: “What is clear about this claim: it is untrue. This absolutely did not happen.”

In all of this, it’s the women who are being forgotten

You’d have thought that, in the era of #MeToo, in which powerful men are starting to be held accountable for their actions abusing women, it would be possible to find two candidates who hadn’t been accusing of sexual assault. It’s a depressing thing to write, but it appears that little has changed in the treatment of women in US politics.

The #MeToo movement seems to have made little impact – powerful men who adopt its language turn out to be credibly accused of sexual abuse. The last two leaders of America have rape allegations hanging over them but, for many voters, that simply wasn’t enough to disqualify them from high office.

In many ways, Cuomo was no different – stories about his behaviour have been common knowledge for a long time. So why has he had to go now?

Essentially, he was no longer useful to his allies. During the Trump years, Cuomo was framed as “America’s governor” and the “anti-Trump.” People found his CNN skits with his brother charming, and late-night comedians openly expressed their love for him. But now, he’s a sinking ship – the report was out, the media coverage had turned, and his allies were gone. Cuomo’s initial desire just to ride out the storm seemed inappropriate, but it’s nothing he hadn’t done before with nursing home deaths or New York’s disastrously high Covid death rate. If the Democrats supported him, he could have still had a bright political future today.

But, in all of this, it’s the women who are being forgotten. Women whose stories were ignored by the media, and then weaponised. Women who were assaulted by Cuomo, and then ignored or belittled by the governor or his office. Andrew Cuomo resigning should be a major step forward for #MeToo, but it just highlights how far there still is to go. 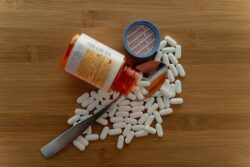 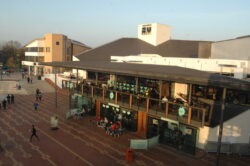