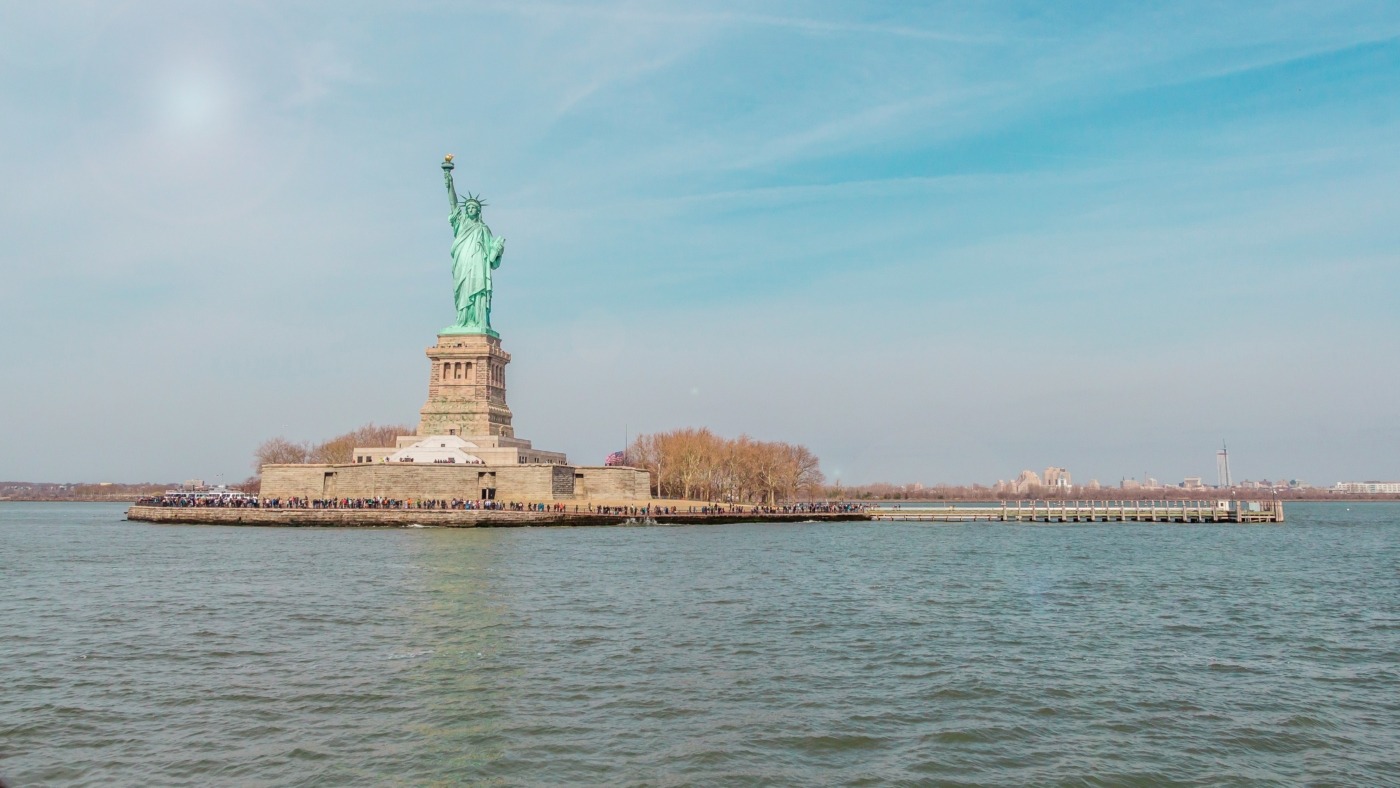 The global response to Covid-19 has been a story of highs and lows, of successes and failures. One of the worst-hit countries is the USA, and few states have coped worse with the virus than New York. Why has the death rate been so high, and what lessons can we learn?

At the time of writing, New York state has counted approximately 411,000 coronavirus cases, and just over 32,000 deaths. Of those, 226,000 of the cases and just under 23,000 of the deaths were in New York City. If you compare it to Florida, a state of a similar size and a similar population, the numbers are stark. Florida confirmed 338,000 cases, and they have not yet posted 5,000 deaths from the virus. California, the most populous state in America with more than double the number of residents, only has 381,000 cases and 7,600 deaths. The US has currently posted 142,000 coronavirus deaths, and nearly a quarter of those are in a single state. Look at death rates, and it’s even worse. Italy, an early epicentre of the pandemic, lost 561 people per million, while New York lost 1,667. So what separates New York’s handling of Covid-19 from the rest of the country?

The US has currently posted 142,000 coronavirus deaths, and nearly a quarter of those are in a single state.

As state responses to Covid-19 have been led largely by the governors, we should look at how New York governor Andrew Cuomo reacted. He made a number of bad calls that, in retrospect, caused New York to suffer. New York benefits from tourism, and the early response of Cuomo (and New York mayor Bill de Blasio) was to diminish social-distancing measures. The state logged its first case on 1 March, but Cuomo took to the airwaves and encouraged everyone to continue as normal: “The facts defeat fear. Because the reality is reassuring. It is deep breath time – this is not our first rodeo with this type of situation in New York.” The governor also said that New York would do better than other countries now that the federal government has granted him more control.

On 6 March, Cuomo told New Yorkers that “the overall risk level of the novel coronavirus in New York remains low” and that “we have more people in this country dying from the flu than we have dying from coronavirus”. On 8 March, he advised people to steer clear of crowded subway cars, but to still use public transport (cleaning of the subway didn’t begin until 6 May, nearly two months later). This is a stark contrast to other states, which pushed social distancing measures from early March, and many of which shut down by mid-month.

San Francisco mayor London Breed sent details on her shutdown order to de Blasio on 16 March, thinking that he would need to follow suit. The next day, de Blasio said that an order might be necessary for New York, but he hadn’t reckoned on Cuomo’s longstanding hostility towards him. Cuomo fired back that the move wasn’t needed, and that only he had the authority to make such a call (in a press conference, he derided the mayor for even making such a suggestion). Despite saying that such a move was “not going to happen”, the situation deteriorated so much that he ordered a full shutdown on 22 March. Cuomo claimed it was an example of his decisive leadership, and failed to acknowledge de Blasio. But the shutdown was too little, too late – the justification was a need to flatten the Covid curve, but New York is the only state that didn’t succeed.

As a result of the hostility, the state and the city worked at cross purposes, breaking off routine sharing of information and strategy. This led to a series of unforced strategic errors, such as the revelation that the state’s stockpile of ventilators had been sold off years earlier because of the expense of maintaining them. The plan was that the state would appeal to the federal government to siphon off some of the national supply, but this too had fallen into disrepair under President Trump.

Most fatal of all was the governor’s order to care homes. On 25 March, Cuomo told care homes that they must accept infected patients, something that helped the virus run wild through the population. Homes were caught with no warning, given no help by the state government and unable to reject the infectious, and it proved hugely costly. Officially, New York says that Covid-19 claimed 6,200 lives in nursing homes (or around 25% of the state total). However, it soon transpired that many residents in care homes weren’t even tested, and the actual death figure could be double that amount. According to care home staff, the true numbers are being covered up to prevent a backlash at the decision.

On 25 March, Cuomo told care homes that they must accept infected patients, something that helped the virus run wild through the population.

Cuomo ducked the blame for this move, claiming that “I don’t know” about it in early interviews. He later blamed President Trump, the Centre for Disease Control and Prevention, care home staff and the New York Post for the deaths. There is some truth that the state was caught off-guard by the rapid spread of the virus, but many governors made different choices. Florida has a disproportionately high number of older residents in care homes, but the state’s governor Ron DeSantis quickly moved to prevent nursing homes from taking in Covid-positive patients. As a result, there were far fewer deaths. A bipartisan group has called for an investigation into the policy, which remained in effect until 10 June. In response, Cuomo replied: “This is going to be a period where we don’t play gratuitous politics.”

There is some truth that the state was caught off-guard by the rapid spread of the virus, but many governors made different choices.

We’ve now reached a point where the number of deaths in New York has tailed off, but this isn’t really due to any move by the state’s governance. Cuomo saluted himself for the downward trend, saying that there was no longer a need for his daily press briefings (they wrapped up after 111 days). He said: “We showed that in the end, love does win. Love does conquer all – that no matter how dark the day, love brings the light. That is what I will take from the past 111 days. And it inspires me and energises me and excites me.” But, far from a victory for love, the evidence indicates that the death rate is on the decline because it has essentially killed off anyone vulnerable. Indeed, infection rates appear to be rising again, this time among the young and in affluent neighbourhoods.

Given the poor policy judgements in New York, and the human cost of these decisions, you’d expect the media to have a field day covering the state. But instead, Governor Cuomo has been lauded by the media, and his approval rating has skyrocketed throughout the pandemic – at one point, it was conjectured that he would be able to take the Democratic presidential nomination from the doddering Joe Biden and easily defeat Donald Trump. In a typically grovelling interview, Jimmy Fallon marvelled at how “smart” and “honest” Cuomo was, and talked about the emergence of “Cuomosexual fans”.

Given the poor policy judgements in new York, and the human cost of these decisions, you’d expect the media to have a field day covering the state. But instead, Governor Cuomo has been lauded by the media, and his approval rating has skyrocketed throughout the pandemic.

Inexplicably, Governor Cuomo kept making repeated appearances on his brother Chris’ CNN show – instead of asking him any hard questions, the host teased him for the size of his nose and asked whether the crisis had improved his dating prospects. In his eleventh interview, Chris Cuomo admitted: “Obviously, I love you as a brother. Obviously, I’ll never be objective. Obviously, I think you’re the best politician in the country. But I hope you feel good about what you did for your people because I know they appreciate it. Nothing’s perfect. You’ll have your critics. But I’ve never seen anything like what you did, and that’s why I’m so happy to have had you on the show.” Cuomo then finally asked about care home deaths, and was dismissed in response.

This is not to claim that Cuomo received no media criticism. At his daily briefings, some reporters fielded hard questions, only to be met by the same dismissal every day – the governor was quick to take the credit for any successes, and even quicker to cast off blame for any failings. The most high-profile commentary came from CNN’s Jake Tapper, who called out the governor’s “victory lap” when so many people had died – in response, Cuomo essentially accused Tapper on being on the right and told him to blame Trump for the deaths.

This piece is not going to claim that Cuomo alone is responsible for New York’s horrific level of death. China and Europe hold responsibility for allowing the outbreak to go global, and the federal leadership of President Trump and the CDC (particularly their confused messaging in the early stages) meant that all of America has suffered. But New York has been so hard hit because of poor decisions, doubling down on those poor decisions because of Governor Cuomo’s arrogance, and a complicit media that ignored the reality because the governor is a Democrat who is anti-Trump. New York should be a lesson to us all – to pretend that the state offers anything other than a blueprint on what not to do is totally misleading.