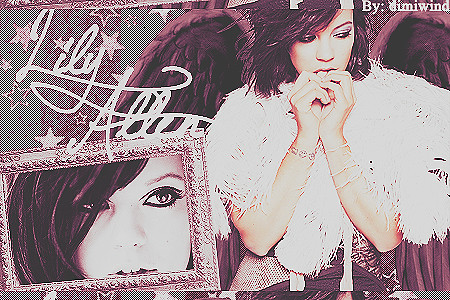 By Simona Valeviciute
Aug. 13, 2021
Posted in Music, Review In Retrospect

Lily Allen’s debut album Alright, Still is one of my all time favourites, 15 years on from its release. I didn’t listen to this album when it first came out, and being only six years old at the time, this is probably for the best. Quite a few of the songs include swearing and references to sex and drugs. ‘Alfie’, the last track of the album, is written about her brother wasting his life away by smoking weed every day.

To me, the album feels strangely nostalgic and familiar. This is probably due to Lily’s London accent, which reflects the area we both grew up in. It is rare to hear a British artist sing in their authentic accent, so it was great to be able to hear not only a unique accent but also one that I am very familiar with. On top of this, there is a whole song dedicated to London. ‘LDN’ is a song that encompasses a small part of what it’s like to live in London. The underlying message is that things are not always as they seem, and although London is a dream city for some, it is far from perfect.

I really like the album because no two songs are the same, both in terms of the lyrics and the style of song. It is labelled as pop, but it is influenced by a whole variety of genres including Jamaican ska, reggae and hip hop. Some contrasting songs that come to mind are ‘Littlest Things’ in which Allen reminisces about a relationship and the happy times she had with a partner, and ‘Knock ‘Em Out’, which is about being pestered for your number when you are simply not interested. Another example of the range of topics covered can be seen in ‘Not Big’. As you can probably guess from the name, this song is about being disappointed in your partner’s size. This message of sexual dissatisfaction is largely echoed in ‘Not Fair’ which was part of her next album.

Although I should not have been singing most of these songs at the age I discovered this album, I do think it is refreshing to see an artist sing about what can often be seen as ‘taboo topics’. In large part due to the taboo topics mentioned, this album was quite ground-breaking at the time of release. There were definitely other artists who released songs about sex, but this was usually in a less implicit manner and with a different message in mind (I can’t think of another song that was so forward about being disappointed). I particularly like that this album came from a female artist because women’s sexual pleasure was, and unfortunately still is, so much more of a taboo than men’s.

I think this album is iconic, and will never get old. Even though a considerable amount of time has passed, which is particularly evident when looking back at the music videos, the songs are still great, and the album is still fun to listen to. My fondness of the album is only furthered by the fact that I admire Lily as a person. Although she has often been at the forefront of negative media attention, she has remained her authentic self throughout. When Alright, Still came out, Lily was just 21 years old. Being the same age as I write this article, I see the young Lily as an example of a young woman who is ready to take on the world, and that is inspiring.

Allen’s follow up album, It’s Not Me, It’s You, was released three years later. This featured some of her most well known songs to this day including ‘F**k You’ and ‘Not Fair’. Unfortunately, I do not enjoy her most recent album No Shame anywhere near as much as her older ones. I feel as though Lily’s uniqueness, both in voice and style, has taken a back seat, and her recent songs have veered towards the mainstream. That being said, they are still very much worth listening to. As you could probably tell if I didn’t say it: Alright, Still is one of my favourite albums of all time, and I think that everyone who hasn’t heard it should give it a try. 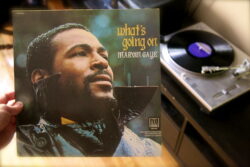 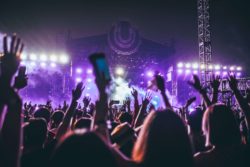 Why is sexual harassment at music festivals being under-reported?