[dropcap]I[/dropcap]t’s that time of year again. TV fans worldwide are gearing up for another ten weeks of the phenomenon that is Game of Thrones, the show that has captivated so much of the global consciousness and become synonymous with the cry of “NO SPOILERS!!”

I was lucky enough to win tickets to the world premiere in London a couple of weeks ago, and it was an experience which certainly didn’t disappoint. 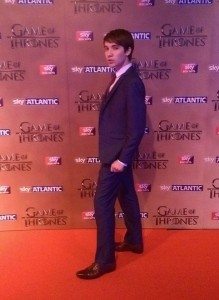 There couldn’t have been a more appropriate location for this premiere than the Tower of London — complete with roaring fires and dragons projected onto the castle walls, it felt as though you’d stepped into Westeros itself.

This became all the more surreal when we stepped onto the red carpet only to see Jon Snow (Kit Harington) stood next to us, but mysteriously having swapped his Night’s Watch robes for a tux.

For all Jaime/Brienne fans, it was great to see Gwendoline Christie and Nikolaj Coster-Waldau get up to talk to each other immediately after the episode had finished; whilst it seems as though they may not share screentime this series, it was certainly encouraging as a fan to see the real life friendships between the actors.

The after party was held in a marquee which looked as though it had been designed as an oversized version of one of Daenerys’ pavilion tents — certainly fitting for a ruler. 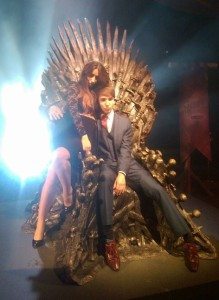 Indeed, the Iron Throne had been airlifted in and I immediately seized the opportunity to channel my inner Joffrey Baratheon (a sentence which really should never be uttered) and drape myself arrogantly across the chair with full pout.

Having spent about 45 minutes assuring my friend that the person nearby was certainly not Natalie Dormer and must just be a lookalike, it was then shocking to realise that I was actually stood in the presence of Margaery Tyrell. On a stranger note, it is bizarre to have Alfie Allen (Theon Greyjoy) walk past you singing Route 94’s ‘My Love’ — for a second, visions of a Theon/Ramsay musical number drifted through my mind before I was sadly thrown back to reality.

Obviously the main highlight of the night was the first episode of Season 5 itself. Whilst there are no truly shocking developments here  (the episode does see at least one death however), Game of Thrones is now so well established that a slower pace is not necessarily something to be gawked at. At its heart, this is a drama intrinsically grounded in character, and personally I feel that where the show excels is in the quiet two-hander scenes where individuals simply sit and talk, allowing the actors a chance to shine and providing a deeper sense of characterisation.

Although the arrival of new characters has been widely publicised, none of them feature here: this is more of a transitional episode which skilfully looks back on the events of last season, whilst establishing the new paths of some fan favourites. Daenerys (Emilia Clarke), Jon and Cersei (Lena Headey) receive the most screentime here.

The presence of Stannis (Stephen Dillane), Melisandre (Carice van Houten) and Davos (Liam Cunningham) at the Wall provides fresh energy to Jon’s story – one which, despite the admittedly excellent battle episode last year, has suffered from a relative lack of variety.

Through expanding the number of characters in the location, the Wall story immediately feels more interlinked with the rest of the show

Meanwhile, with regards to Daenerys’ storyline, the show does not shy away from the negative consequences of her attempts to provide peace. In typical Thrones fashion, everything exists in shades of grey, and this episode establishes that her road to success as a ruler looks set to be rocky, whilst the emotional impact of the chaining of her dragons last series does not go unexplored. 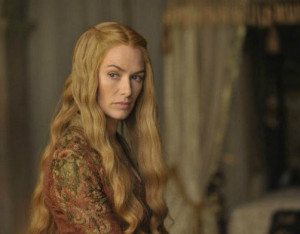 Despite the show’s double standards when it comes to nudity (although, perhaps in a conscious reaction to this criticism, there is more male nudity in this premiere episode), Game of Thrones has repeatedly enforced the idea that it is women who are the true power players behind the scenes, and the opener reinforces this in abundance.  Cersei is a character who has now spent four years’ worth of episodes desperately trying to assert her power in the male-dominated King’s Landing, and after the death of her father and Tyrion’s escape, the obstacles in her path to control have seemingly been removed.

Accordingly, the episode places emphasis on her character; for the first time in the show’s history, flashbacks are incorporated, providing a fascinating insight into a momentous event from her childhood, one which provides a great deal of psychological insight as to her motivations. Thanks to both the writing and Lena Headey’s fantastic performance, Cersei is a character who has always felt significantly more complex and sympathetic in the show than she did in the books.

Ultimately, the most impressive thing about Game of Thrones is the fact that it has maintained a level of quality which merely seems to increase with every season. Many other iconic shows reach a point of plateau at which their former heights can never be regained; but if this premiere is anything to go by, the show continues to go from strength to strength. 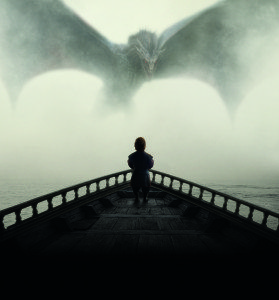 Game of Thrones: The Wars to Come