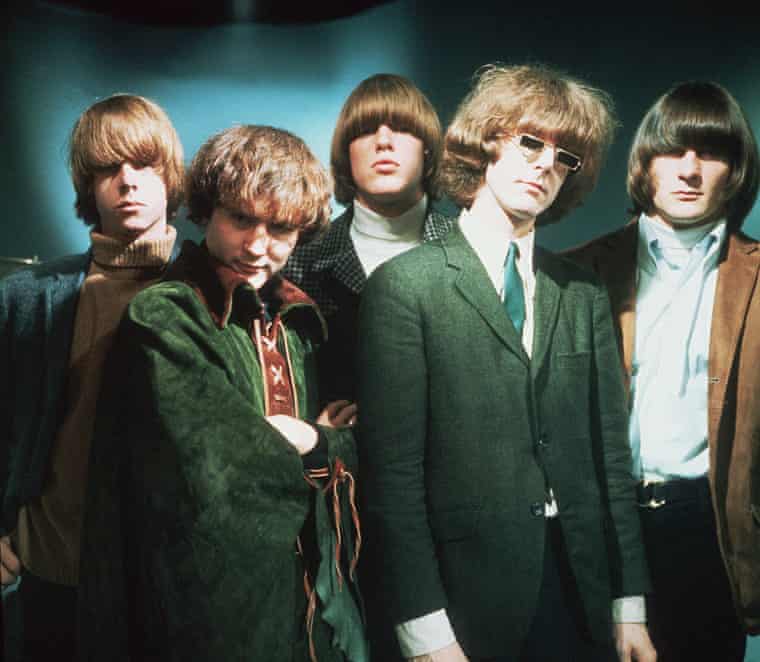 The album that encapsulates The Byrds: ‘Fifth Dimension’ at 55

The Byrds are one of the most significant bands in classic rock. They helped reveal the extent of Bob Dylan’s brilliant song craftsmanship in their covers, and had a distinctive sound which undoubtedly shaped future rock bands both sides of the Atlantic – including acclaimed groups like The Smiths and R.E.M. They helped usher in raga rock into western pop music, and were at the forefront of the first wave of mainstream psychedelic rock. The Byrds were even competition to The Beatles at a point, highlighted in the song Rubber Soul’s ‘If I Needed Someone’ as its jangle-pop style mirrored the sound they popularised.

However, for a band with such pedigree, they arguably failed to produce an album which warrants the classic status that a group of this ilk deserves. Yes, their debut has been critically considered their most consistent record, but it’s littered with too many covers for it to be truly their own. Although LPs like 1967’s Younger than Yesterday and Notorious Byrd Brothers (1968) have been deemed their most mature and strongest projects, they’re edged out by more superior albums that graced some of the best years in ’60s rock. However, Fifth Dimension proves to be their biggest missed opportunity in creating a classic album. Considered as a transitional project since principal songwriter Gene Clark departed shortly before, 5D could have been a high watermark not only in the band’s career, but for mainstream psychedelic rock. Released just under a month before The Beatles’ groundbreaking Revolver, this album would reveal the pitfalls in the band creatively that was never reconciled: leaving a definitive Byrds album forever illusory.

The psychedelia is on overdrive

5D contains both the beauty and ugliness in The Byrds’ artistry. The opener and title track ‘5D (Fifth Dimension)’ is a delightful musing on the theory of relativity, with frontman Roger McGuinn expressing how multi-dimensional yet incomprehensible our existence is. The vocal performance and arrangements are wonderfully harmonious, with a messianic Rickenbacker guitar solo on the outro. The traditional folk covers in ‘Wild Mountain Thyme’ and ‘John Riley’ are brilliant as the band’s graceful melodies augment the charm of such songs, and both are wonderfully arranged, providing them a baroque pop edge.

‘Eight Miles High’ is probably The Byrds’ best song and groundbreaking in its own right. The psychedelia is on overdrive: the fragmented, distorted, raga-tinged guitar work underpins the masterpiece, the typical Byrds vocal harmonies have a new darkness to it as it swings with the groove, and lyrics like: “round the squares, huddled in storms/some laughing, some just shapeless forms” provide a dreary yet astral portrayal of a rainy day in London.

[The Byrds] turned out to be better interpreters than creators, better musicians than songwriters

However, at times the quality control is clearly absent. The cover of ‘Hey Joe’ feels rushed – it’s doubly disappointing given there have been some iconic covers of the track. The lack of original material on their albums has been a pervasive problem for The Byrds. Instrumentals like ‘Captain Soul’ don’t add much to the tracklist either, it’s more like a warm-up, jam session. David Crosby’s ‘What’s Happening!?!?’ is more a patchwork of psychedelic ideas lyrically and musically, emphasising how he was bloomed late into songwriting with his work in Crosby, Stills and Nash more indicative of his talents.

But the most heinous decision the band makes is to close the album on ‘2-4-2 Fox Trot (The Lear Jet Song)’. Every artist knows that a great album doesn’t stop at the songs themselves: sequencing and, in some cases, thematic coherence matter too. This track is just a lukewarm idea drawn out for over two minutes, and the prosaic, repetitive lyrics (“go ‘n’ ride the lear jet, baby”) exemplify this. Many songs on this LP would’ve been better closers: the tender ‘I Come and Stand at Every Door’ is more apt, since the song’s lyrical content can serve as a metaphor for ending the project.

Fifth Dimension had the potential to be the classic Byrds record. It has some of the group’s most inventive musical ideas and beautiful songs. However, it also proves to be an illustration of how profoundly flawed they were. They turned out to be better interpreters than creators, better musicians than songwriters. Although The Byrds are an important act in the pop rock canon, they will never be considered as one of the best.