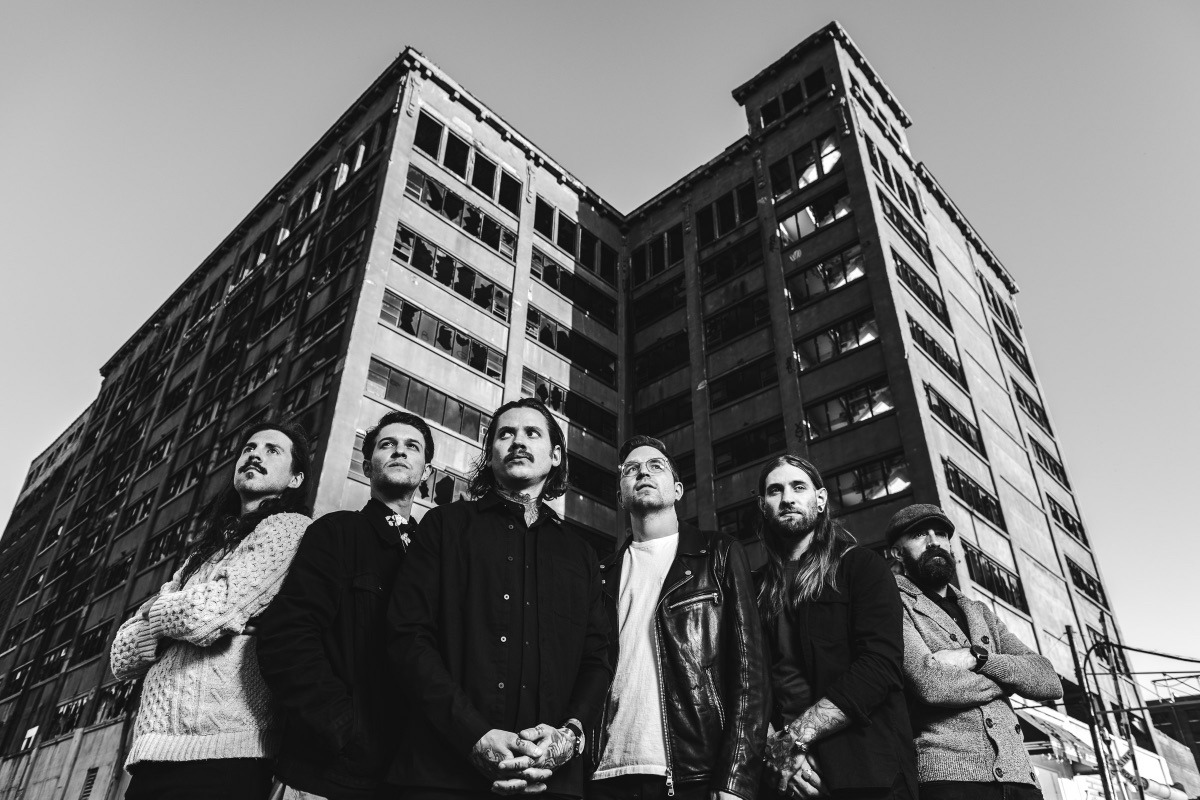 “The virus has completely devastated over one hundred and fifty of the world’s major regions and is spreading rapidly.”

This is the opening line of ‘Outnumbered’, the third track of The Devil Wears Prada’s much loved 2010 EP, Zombie. After a year and a bit of the unimaginable, where the stuff of fiction has become all too real, such a line has an eerie new resonance, enough to induce chills in the bones of anyone listening. After all, at the beginning of the pandemic in particular, when the pubs and the shops shuttered their doors, hospitals overflowed and supermarket shelves emptied, it wasn’t unreasonable to think we were tasting apocalypse.

It might seem fitting, therefore, that the Ohio metallers would release a sequel to Zombie, titled ZII, at this point in time. It was certainly coloured by world events – “There were some threads we could pull there for sure,” says frontman Mike Hranica. “[For] the first EP, [the story was] that we’re fending off the hoarde, we’re trying to kill zombies, and the second one is absolute hopelessness, to inevitable death.” Make no mistake, however – ZII is not a disposable pandemic record. Mike is at pains to stress that this is not going to go down in the minds of Prada fans as ‘the Covid EP’. In reality, the classic tale of the zombie apocalypse is a story without a shelf life.

Instead, Mike says, ZII was created for simpler, more positive reasons. “For a number of our listeners, it’s still their favourite release from us,” he elaborates. “It makes sense to give fans what they want. We’ve played the EP front to back I don’t know how many times in recent years.” There was always talk of doing something special for Zombie’s tenth birthday last year, most likely a vinyl repressing, perhaps with a couple of new songs thrown in. With an extended period of time off tour (which formed part of their original plan), however, it made sense that the project was going to grow bigger and take on a new life of its own.

ZII was recorded in Kansas City in a strict Covid-secure environment to prevent the virus spreading. There was rigorous testing, and waivers were signed. The music emerging from those sessions is not just heavy – it’s positively filthy, bucking the trend for heavy bands to soften and round their edges as their career progresses. It’s a beautifully noisy release, electric with the urgency of people fighting for their lives. The chugging, pulsing ‘Forlorn’ and the doomsaying ‘Nightfall’ have the listener practically breathing the stench of the undead beings. The sheer heaviness is impressive on its own, but it only grows when you consider that The Devil Wears Prada recently had their first song, ‘Chemical’, on rock radio in the US. Listen to it before playing something like ‘Termination’ from ZII, and it’s hard to believe those songs were made by the same band. With that, any narrow-minded accusations of selling out completely lose any credibility.

“We’ve been [nothing] short of selfish throughout our career as far as doing what we want to do,” asserts Mike. “I think it works in our favour – [we can create] a song like ‘Chemical’ and then a couple of years later be like ‘Alright, it’s time to write zombie songs.’” Whether there’ll be more radio hits like ‘Chemical’ remains to be seen, but as it stands, it might be a rarity for TDWP. “There are a lot of amazing bands where it’s just hit after hit after hit, but I can’t imagine [us] just being a rock band that writes shot after shot at a radio single.”

It is not a continuation of the original Zombie EP by any means, but more of an evolution – a “tribute”, in Mike’s own words, and a blueprint for the direction the band says they want to see heavy music going in. “I see what we want to do as more on the progressive and innovative end of metal,” Mike declares. He means this not just in terms of the band’s sound, but in terms of their way of working. In interviews promoting the band’s last album, 2019’s The Act, he had been critical of rock and metal clinging to a more traditional pattern of releasing music: write, spend an extended period in the studio, promote, release, tour for a year, head back to the studio, rinse, repeat.“We’ve seen hip hop and pop really turn everything on its head,” he says. “The [traditional two year album cycle] isn’t meant for 2021. We have these new means of listening to music and consuming music and social media that is so different from what it was when this band started.”

Disrupting this cycle with an EP release that doesn’t form part of a traditional chronology of studio albums is just one way in which The Devil Wears Prada are putting dents in a once concrete formula. Naturally, it’s only appropriate for the release itself to break moulds also. Ahead of the EP’s release towards the tail end of May, The Devil Wears Prada exemplified this desire for progression by debuting the songs from ZII on a livestreamed performance a week before the EP’s release. “I think it’s certainly not the safest option to debut music rather than just [releasing] music videos or whatnot,” Mike comments. “You don’t want to perform and present something that’s super sloppy and turns people off. But I think in terms of challenging the norm a bit, playing the songs live in a stream set is different from anything else I’ve seen.”

Paradoxically, while The Devil Wears Prada is looking back to commemorate the success of the past, they’re also moving forward – Mike sees this era-that-isn’t to be a new chapter for them. Indeed, it may bring people who loved the band in the past into the band’s future, specifically those who may have tuned out between the original Zombie EP and this one. “I think we kind of got stuck rewriting the same The Devil Wears Prada songs,” says Mike. “We saw the discontent that that created as far as not challenging ourselves to do more and to try to be as inventive as possible.” Now they’re out of this pattern, anywhere is possible for them to reach from here.