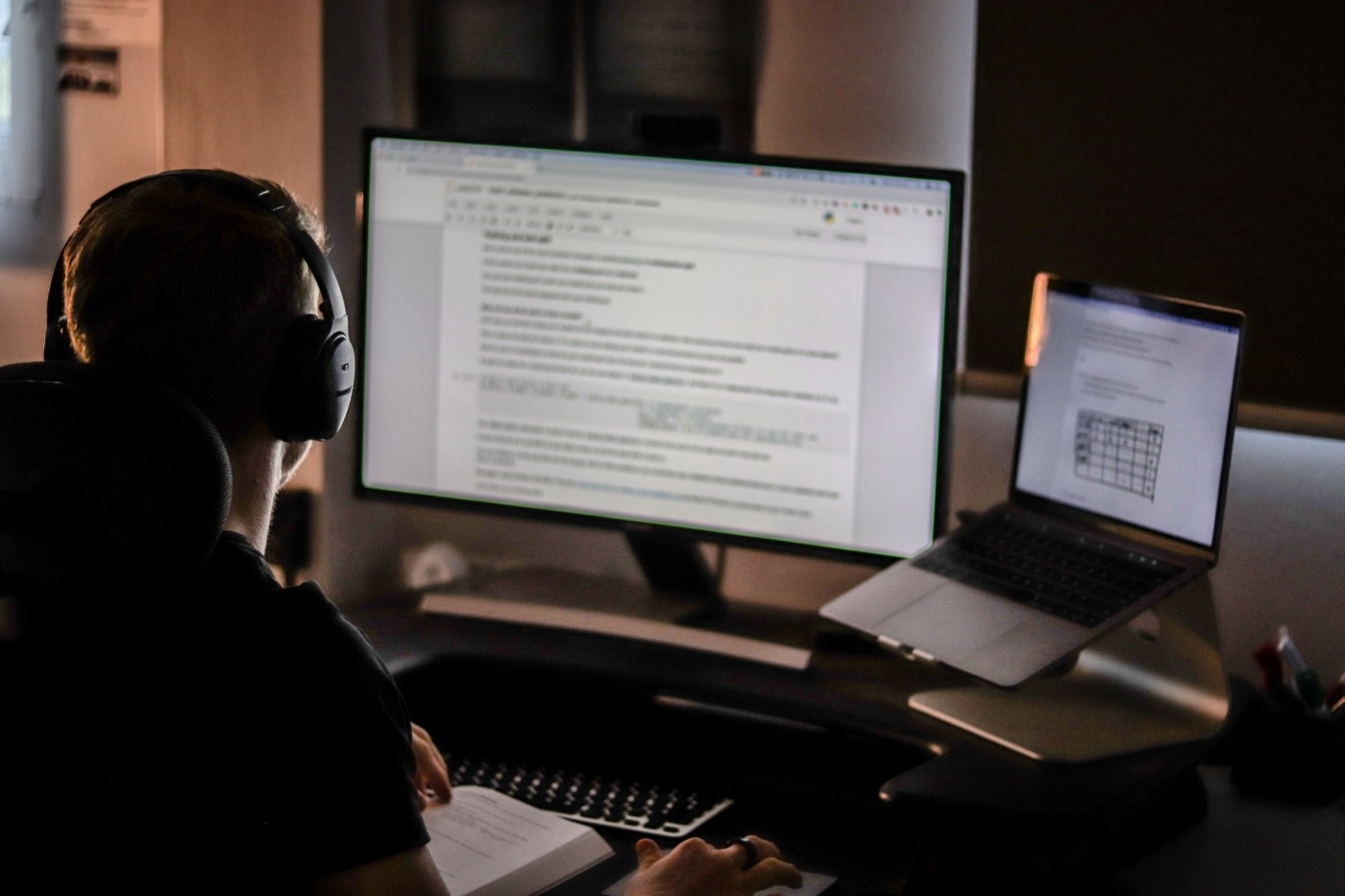 I find it particularly hard to work when its sunny outside, so why not bring some of the climate-change induced heat into your bedroom? The Buena Vista Social Club, formed in Cuba in the 1990s, is a band whose music is made for vibes. Acoustic melodies and traditional Cuban folk songs are combined with the influence of Ry Cooder to produce a series of perfectly tranquil yet jazzy tunes. I could listen to the opening track, ‘Chan Chan’ on repeat for hours and not get tired of it. Turned down low, this album provides the perfect setting for relaxed study. Best of all, the band are Cuban! You don’t have to worry about getting caught up in actually understanding what are often bizarre lyrics. Instead, you can look very cultured as you set to work with their sounds as your background.

When you inevitably tire of your studies, you don’t have to drop this album. If the sun beckons; turn up the volume, grab a juicy tropical cocktail or a glass of wine (or a non-alcoholic alternative) and lounge in the sun. In south Leam you might even be able to picture yourself in Cuba if you close your eyes really tightly.

Creating a comfortable work environment is essential in facilitating the long hours of work we do nowadays. Bringing in some nostalgia can really help facilitate this. Listening to the Penguin Café Orchestra and their minimalist acoustic and alternative strings bring me back to more carefree and innocent times.

The opening tracks: ‘Music For A Found Harmonium’ and ‘Perpetuum Mobile’, are wonders of reverberating, seemingly endless, sonic rambling. Rolling violin and cello will rock you into levels of study in a way that the droning beats found on YouTube cannot. The albums repetition of the melody of ‘Perpetuum Mobile’ in various songs is perfect for focusing attention. As a background this album gives me a serious main character feeling. Amidst brief interludes of listening to the songs and forcing your head back down to work, you can feel like things are actually going well! This album will gently nudge you back into your work as you inevitably zone in and out of it. Whatever dusty books or glaring browser pages are currently eating your soul can be put into a healthier perspective with the Orchestra’s sounds, and you might even develop a new appreciation for neo-classical music.

Think about albums you were exposed to as a child, ones which you will inevitably associate with easier times. If they are not appropriate for study, they will certainly ease your mind at those dreaded moments when you peel your aching and bent over body away from your laptop to search for sustenance in your somehow cold student house.

When listening to music while studying, I gravitate towards albums that are not overly distracting, but still something I’d enjoy listening to normally (classical music isn’t enough to get me working).

With tracks that blend into one another, it makes for great listening when writing an essay or revising, as you won’t be jolted in and out of songs with different styles

A current fave is The Magic Gang’s debut from 2018. The Brighton indie group’s first album radiates sunny energy, with a retro feel from the groups’ harmonies, and lazy guitar riffs on tracks like ‘Jasmine’ and ‘How Can I Compete’. There’s something comforting and nostalgic about the album’s Beach Boys influence. With tracks that blend into one another, it makes for great listening when writing an essay or revising, as you won’t be jolted in and out of songs with different styles.

With enticing and catchy tracks right from the opener ‘Where’s the Bass Amp?’, this album is perhaps more suited to getting mundane tasks done than writing an essay. That said, it’s certainly impossible for ‘Unstoppable’ not to give you a burst of motivation. The underrated Birmingham duo – now on a break from making music, but formerly on the same label as Beabadoobee and Pale Waves – blend funk with psychedelia in this second album. Gorillaz-influenced spoken backing-pieces go alongside atmospheric, instrumental tracks like ‘Lov’ and ‘Wibble Mtn’. Although it’s certainly one you could dance to, after a few listens the hazy, chilled feel to these tracks about childhood and youth is great for getting into the study zone.

When I’m working to music, I like that music to be peaceful, pleasant and – most importantly – instrumental, because I find words far too distracting. My inclination is to film soundtracks, and there are fewer that fit the bill of that perfect level of ambiance for studying better than Elmer Bernstein’s score to Far from Heaven. The score is largely piano-driven, incorporating strings and a few hints of other styles (sleepy jazz and Latin rhythms make a small appearance), but it’s primarily intimate and muted. The restrained quality makes it perfect to work to, I think – it’s pleasant melodic music that won’t get in the way of your studying.

I’ll take you in a second direction with my second choice to avoid drowning you in the world of film music. I’ve recently fallen into having Classic FM on in the background when I’m working, but I’ve always been a fan of classical stuff (please don’t think me a snob!). My first classical album was a present, a 2010 album of Camille Saint-Saëns’ three violin concertos, and I loved it. The music lacks the bombast I find distracting – it’s romantic with lots of adagio interludes, and Fanny Clamagirand’s violin is beautiful. Also, it’s just over an hour long in total – that tends to be about all the work I can stomach in a sitting, so it’s effectively a really pleasant timer for me too!

(Photo by Samuel Bourke on Unsplash)