A beginner’s guide to classical music

Any piece from a myriad would be a good gateway to Bach. The well-known Suite No. 3 was likely written during the final period of Bach’s life in Leipzig. It is not of Bach’s usual style, which is heavier, more frugal, and more religious. Yet it is Bach’s take on a more entertaining piece, so let it entertain you.

One of the world’s most-performed symphonies, Beethoven’s 9th is Beethoven at the height of his powers. The now-deaf composer mixed both hope and fear into his final symphony: it is personal and universal. After initially receiving a tepid reception, it has now become a cornerstone of western music. Famously, ‘Ode to Joy’ comes from the fourth movement.

Universally popular, Holst’s orchestral suite is simple enough in conception. There are seven movements for seven planets, each with a different character. Although each movement is exceptional, if you want a flavour then ‘Mars’ or ‘Jupiter’ are good starting points. ‘Jupiter’ especially captures majesty and opulence like no other piece of music.

By 1919 Elgar, was disillusioned with his reputation as an imperial composer. He also realised his music was going out of fashion. Yet he found it in himself to compose this haunting, lonely cello concerto. Though he would live another decade, this was Elgar’s last large-scale work, and his greatest. We recommend the beautiful recording by cellist Jacqueline du Pré, who at the age of 20 performed the definitive version of this piece.

For a taste of something more modern, Philip Glass is an interesting arrival point. Glass is well known for his ‘minimalist’ style of composition, though Glass himself says he is a composer of “music with repetitive structures”. This quartet is lively and at times playful. It serves as a gentle icebreaker in Glass’s compositions.

Being a composer in the Soviet Union was a difficult task, having to compromise creative freedom for political expediency. A lot of Shostakovich’s music reflected this tense environment, with percussive timbres and military refrains. But he also produced music of the most extraordinary beauty. The recording of the second movement of his second piano concerto, with his son conducting and his grandson playing the piano, is the nearest thing to perfection I know.

‘Dances’ is the key word here – Bernstein turns the score of West Side Story into an orchestral suite to which you can’t help but tap your foot. Bernstein’s characteristic Latin and jazz influences interchange with heart-breaking melodies, a combination which carries all the pathos of full musical, and shows off the versatility of the orchestra.

A story as universal and emotional as Romeo and Juliet lends itself to musical adaptation. If you are familiar with the plot and the characters, it becomes much easier to interpret the music. Rushing strings and offbeat percussion? Must be a fight between the Montagues and Capulets. The strings soaring over accompanying brass? The consummation of Romeo and Juliet’s love, an aching melody that speaks to all lovers.

Bruch originally wrote this concerto for cello, but Yuri Bashmet proves that anything the cello can play, the viola can play just as well. He brings a willowy depth to this piece, which incorporates two Hebrew melodies. Bruch was not Jewish but enjoyed incorporating folk music into his own work, an example of how all music feeds into each other.

You will probably be familiar with this piece, a byword for Mozart’s music, and piano music, and classical music in general. But some music is overplayed for a reason. This sonata is joyous in its simplicity, with all the clarity and brilliance that solo piano offers. Written for beginners on the instrument, it is also easy on the ears of beginners to classical music.

In defence of classical music 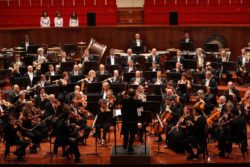 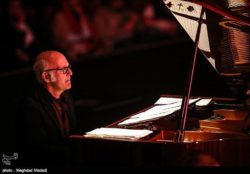