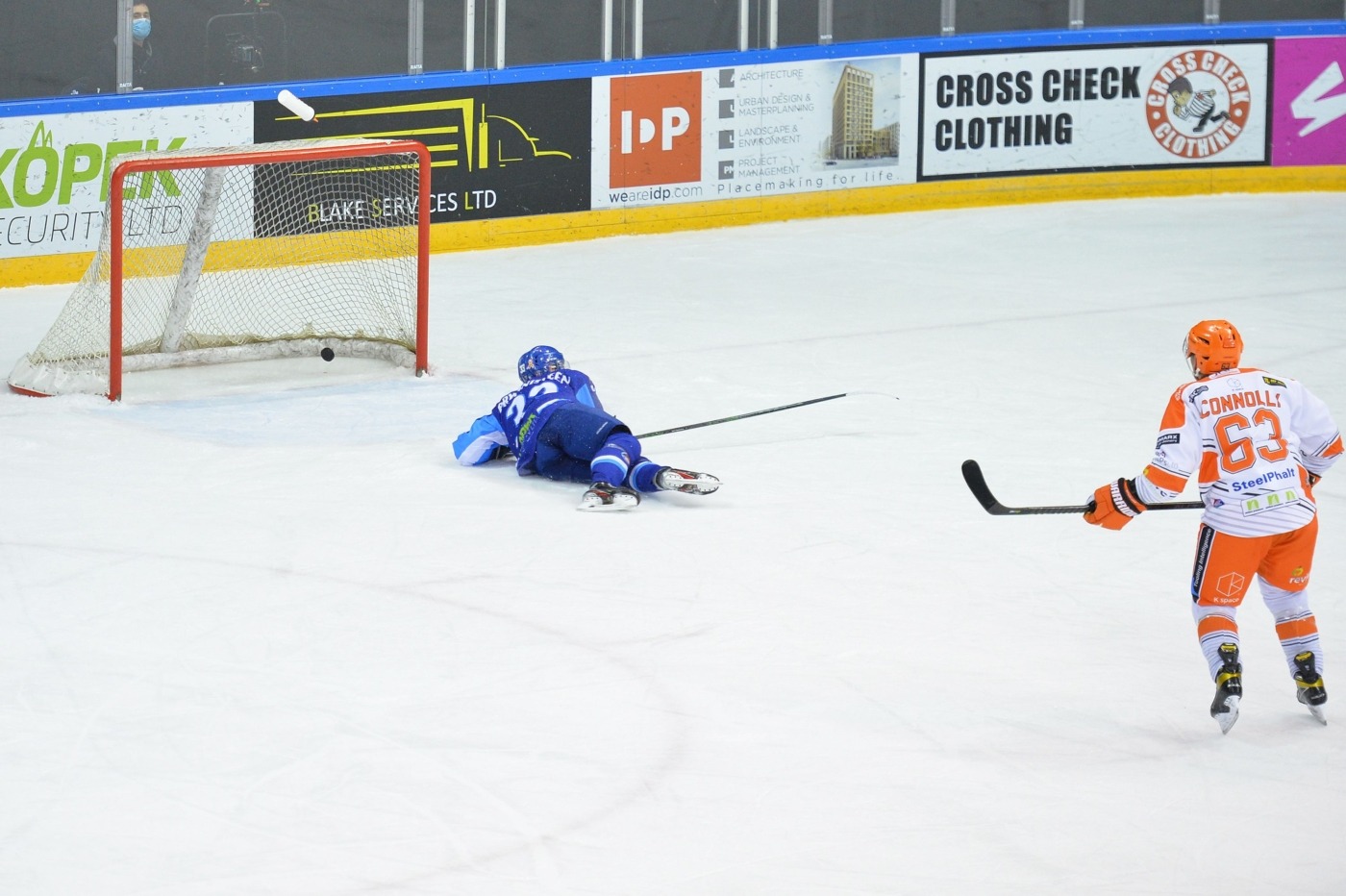 Despite scoring four goals without reply in the final period, Danny Stewart’s Coventry Blaze were defeated 7-5 by the Sheffield Steelers last night. The result means that Coventry have been swept by Sheffield, with the Blaze winless in their four meetings with Aaron Fox’s side at the Elite Series.

For large portions of yesterday’s game, Coventry weren’t at the races. A combination of errors, misfortune, and opposition skill culminated in defeat; the second period was particularly painful watch.

Despite that, however, Coventry left the ice having landed punches (both literal and metaphorical) on the tournament’s best team.

So, what did we learn about the Coventry Blaze last night?

With Coventry trailing 3-1 in the final period, Luke Ferrara missed a golden opportunity to make it a one-goal game with nine minutes remaining. The Team GB sniper very rarely misses Grade-A chances and will be left scratching his head as to how his shot blazed over the crossbar from just yards out.

Earlier in the game, Nick Jermain saw a similarly clear-cut chance go awry, with Curtis Warburton making a fine leg save from the American’s redirect in the slot.

Had either shot found its way into Sheffield’s goal, the Steelers wouldn’t have had the opportunity to score into an empty net in the final seconds of the game.

However, there are many reasons to be cheerful.

Scoring isn’t an issue, although the Blaze are very reliant on the ‘Jermain – Hammond – Keck’ line.

Shane Owen is the Elite Series’ leading goalie for save percentage (91.64%).

Goaltending isn’t an issue for Coventry, both of Stewart’s stoppers have outperformed undisputed Team GB number one Ben Bowns.

Even in a game when his save percentage fell to a tournament-low of 84.21%, Hedley was the best goalie on the ice last night, making 32 saves from 38 shots on goal.

Coventry allowed a couple of cheap concessions. Sheffield’s third came after Sam Russell fell over in centre ice; Josh Waller’s goal was inches from looping over the bar.

Don’t read too much into the 7-5 scoreline, Coventry’s goaltending is good.

3 – Puck management is an issue

“Special teams were really good for us again but five-on-five, our puck management continues to be an issue,” Stewart said after Tuesday’s defeat to the Steelers.

“We’re trying to drill it into guys to play more north, and get pucks in behind, we’re forcing plays and giving the puck away which gives them extended zone time and they are too good to do that against.

“We’re creating a lot of issues for ourselves in terms of playing extra defence. We are defending well when we are defending but a lot of the reason for that is we’re not making good decisions with the puck.”

It’s hard to disagree with the head coach on this occasion.

Last night’s empty net goal came following a cheap giveaway by Ferrara in the defensive zone. It was an absolute gift for a Steelers roster that doesn’t need any help in the final third.

Being better in possession will greatly reduce that pressure

Sheffield’s opening strike was also a result of lax build-up play, with Brendan Connolly left in acres of space in the slot. Take nothing away from Connolly’s finish – it was a fantastic piece of individual skill – but Coventry’s play in possession of the puck left much to be desired.

In seven appearances Owen has faced 299 shots in the Blaze net. In comparison, Sean Bonar, the tournament’s second most active goalie, has faced 277 shots in nine appearances.

In the face of huge pressure, Coventry’s blueline is doing a good job in keeping the puck out of the net. Being better in possession will greatly reduce that onslaught.

Throughout the Elite Series, Coventry have proven that they are capable of taking the game to their opponents. Even against Sheffield (who have swept the Blaze 7-2, 6-4, 5-3, 7-5), Stewart’s squad demonstrated an ability to tilt the ice in their favour.

There is no need to panic, especially if the Blaze are able to avoid Sheffield in the semi-finals. 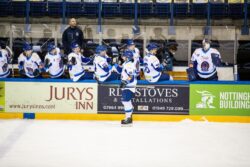 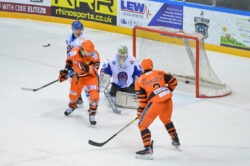