When I was 15 I became curious about the songwriters behind many of my favourite tunes. One of these songs was the 1968 hit ‘(You Make Me Feel Like) A Natural Woman’ by the great Aretha Franklin, which Carole King co-wrote with her then-husband Gerry Goffin. Learning that King had later reinterpreted the song led me to listen to Tapestry, an album that would come to mean so much to me in my late teens and that turns 50 years old today.

Tapestry weaves together sentiments of love, loss and longing in a way that only a master singer-songwriter like King could. Her energy is infused with all the sweetness, protectiveness and supportiveness of an older sister. In ‘Beautiful’, King encourages us to put out into the world what we want to get back: “You’ve got to get up every morning / With a smile on your face / And show the world in your heart / Then people gonna treat you better”. With earworm melodies and naturally memorable words, many of the songs on the album serve as an amicable kick up the backside to those who have lost their joie de vivre.

The jaunty, electric opener ‘I Feel the Earth Move,’ followed by the melancholic flute solos of ‘So Far Away’ speak to the incredible versatility of her songwriting and arrangements. In fact, the best parts of her songs often come in the form of brilliantly layered instrumental breakdowns and bridges, like in the case of the soulful ‘It’s Too Late’. Over King’s fluid keys, Curtis Amy’s saxophone solo elevates the track from classic break-up song to something more mature, more contemplative and ultimately more emancipatory.

With earworm melodies and naturally memorable words, many of the songs on the album serve as an amicable kick up the backside to those who have lost their joie de vivre

I feel a strong kind of nostalgia when I listen back to the record, which is partly brought on by its exceptional lyricism. ‘Home Again’ evokes the classic retrospective pull of homesickness, a feeling she delicately wraps up in images like “Snow is cold, rain is wet / Chills my soul right to the marrow”. ‘Way Over Yonder’, inexplicably, makes me nostalgic for an unknown, but entirely better future. Her words seem to blend the past with the future and nearness with remoteness: “A way over yonder / Is a place I have seen / In a garden of wisdom / From some long-ago dream”. The effect is at once comforting and mildly destabilizing.

King and her band recorded Tapestry in Studio B of the legendary A&M Studios in Hollywood. Just across the hall, in Studio C, King’s contemporary Joni Mitchell was working on her 1971 masterpiece, Blue, which also incidentally holds a place among my favourite records. There must have been something in the studio water that year. Alongside James Taylor, Mitchell even contributed to the backing vocals on Tapestry’s ‘Will You Love Me Tomorrow?’ and ‘You’ve Got A Friend’.

‘You’ve Got A Friend’ is perhaps better known for Taylor’s recording from the same year, but there’s something about King singing her own song that makes you believe every word. The track is universal in its proclamation of solidarity: “You just call out my name / And you know wherever I am / I’ll come running”. It seems to perfectly reflect King and Taylor’s decade-long friendship. She often credits Taylor with giving her the confidence to perform in front of live audiences and we have him to thank for having convinced her to record her own songs.

Aside from its undeniable musical genius, the record endures for its valuable lessons in balancing life between home and adventure, as well as remaining grounded through relationships and independence

Tapestry was very well-received and King was praised particularly for her unmatched creativity in pop songwriting. Many felt that the rawness of her imperfect, untrained voice might pave the way for other female singers who didn’t fit the technical bill. As a testament to Tapestry’s popularity, the album won Grammys for Best Female Pop Vocal Performance, Song of the Year (‘You’ve Got a Friend’) and Record of the Year (‘It’s Too Late’). This made King the first woman to win Song of the Year and the first solo female artist to win Record of the Year.

I like to imagine that in its 50 years, Tapestry has been passed from countless mothers to countless daughters and older sisters to younger ones. Aside from its undeniable musical genius, the record endures for its valuable lessons in balancing life between home and adventure, as well as remaining grounded through relationships and independence. It’s rare for me to pick this album up now, but in the moments when it makes its way back into my mind I am filled, once again, with the reassuring sensation that someone out there is looking out for me.

Essential listening: ‘Way Over Yonder’ and ‘I Feel the Earth Move’

“No music on a dead planet”: how the music industry is tackling the climate crisis 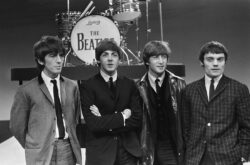