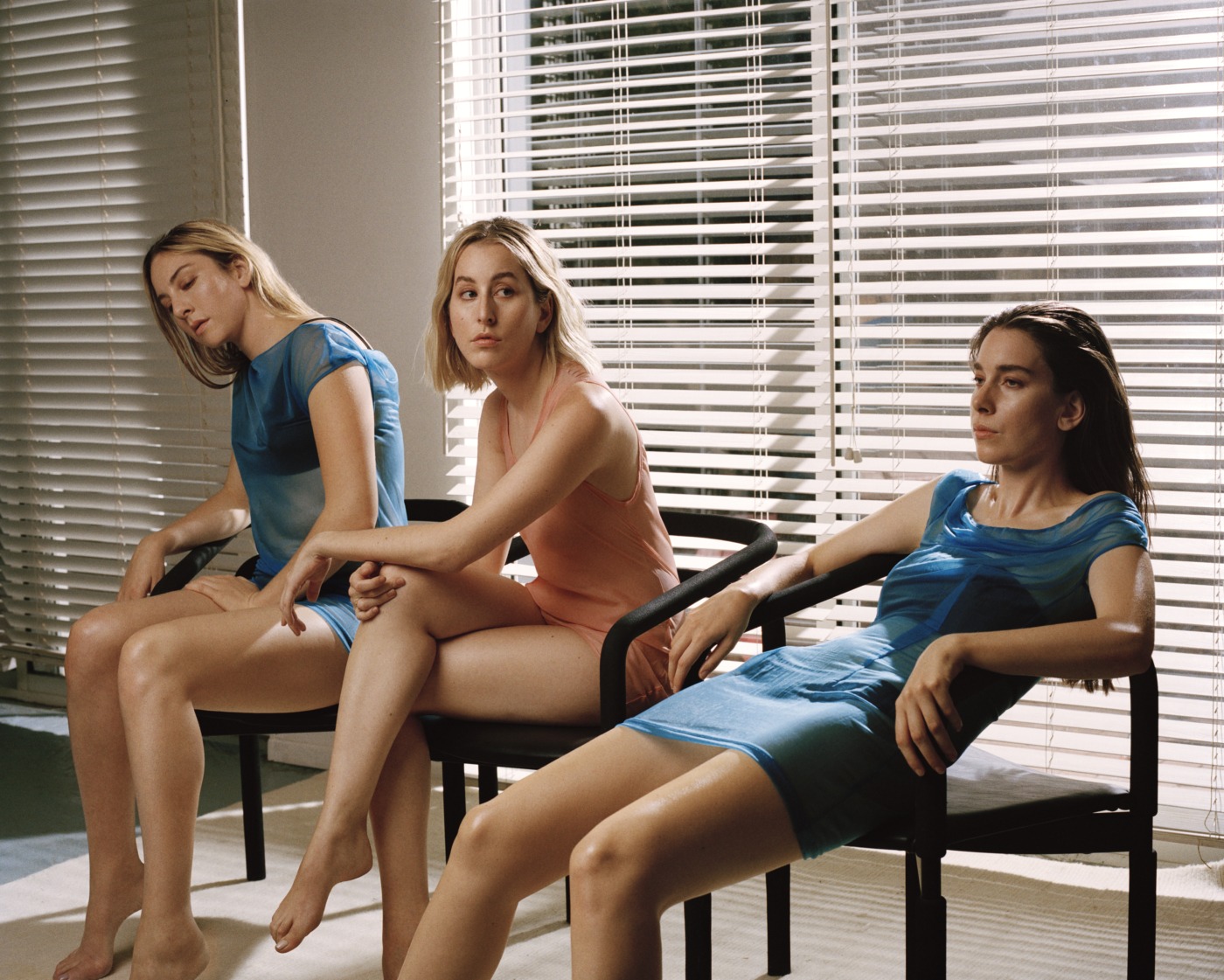 HAIM are more experimental and daring than they’ve ever been before in their latest release Women in Music Pt. III, a 16-track album playfully abbreviated to WIMPIII. WIMPIII is loaded full of fearless candour and vulnerability, which shows off the stylistic range and musical genius of each of the three members, sisters Este, Danielle and Alana Haim.

Despite the album’s arrival in the wake of one massive virus-shaped drawback, HAIM’s absolute confidence in this record is appropriately intact. In fact, the band’s seamless and cohesive collection of songs is unlike anything we’ve heard from them before.

The sisters sing about how “nights turn into days / That turn to grey / Keep turning over” – words which are sharply resonant with the endless, repetitive cycles many of us currently find ourselves in

In between tracks featuring their classic rock sound (‘The Steps’), we see a newfound willingness to implement spliced electronics (‘I Know Alone’) and syncopated rhythms (‘Another Try’), which, aside from being great tunes, constantly raise and refresh their listener’s expectations.

In ‘All That Ever Mattered’, we’re left in awe of the powerful and faultless production orchestrated by Danielle Haim, Ariel Rechtshaid and Rostam Batmanglij. The three producers blend voice, guitar and drums effortlessly while adding some inexplicably jarring and beautiful processed screams to the final mix.

The record often draws from places of darkness and solitude. It’s difficult to think ‘I Know Alone’ was written before lockdown placed many of us in positions of loneliness and isolation. The sisters sing about how “nights turn into days / That turn to grey / Keep turning over” – words which are sharply resonant with the endless, repetitive cycles many of us currently find ourselves in.

Those moments of darkness are accentuated by lightheartedness though. This is particularly seen in ‘Summer Girl,’ in which the lyrics evoke feelings of comfort. Danielle sings to her boyfriend, who at the time was fighting through testicular cancer, about her dedication and support: “You walk beside me, not behind me / Feel my unconditional love”.

These two songs bookend the entire album, opening and closing with the unmistakable sentiments of an LA state of mind

Similarly, in ‘3am,’ the band tackles the culture of booty calls and drunken texts that plague today’s dating scene. It’s a playful track, full of wit that grounds the album while not taking away from its sincerity and rawness.

The vocals, as ever, are very present and impeccably complemented by glorious guitar riffs, snappy drums and the occasional dreamy sax solos (‘Summer Girl,’ ‘Los Angeles’). These two songs bookend the entire album, opening and closing with the unmistakable sentiments of an LA state of mind.

The vocal harmonies on ‘Hallelujah’ are particularly evocative and speak to the band’s close dynamic and unity. It’s evident in this track’s lyrics that the sisters lean on each other for support and comfort through their own personal struggles. The song’s melodies, along with the heart-wrenching arpeggiated lead guitar, echo the earlier works of Bob Dylan.

The band’s influences, from Lou Reed (‘Summer Girl’) to Joni Mitchell (‘Man from the Magazine’), are difficult to miss and easy to love. In the latter, the sisters each recount instances of sexism and misogyny in their careers. Unfortunately – albeit unsurprisingly-, it seems they have a significant number of experiences to draw from.

HAIM are unapologetically themselves: fearlessly resilient and frankly just as excellent

What is it like to be a woman in music? This is exactly the question we shouldn’t, under any circumstances, be asking HAIM. Women In Music Pt. III expresses how tired the sisters are of explaining their experiences of working in an industry dominated by male writers, producers and executives – and for good reason.

The album is an enormous sigh of release. After many years of being pushed into moulds that kept them from realising their full potential, in Women in Music Pt. III, HAIM are unapologetically themselves: fearlessly resilient and frankly just as excellent.