Ah, Halloween. A time for spooky shenanigans and eerie events. Doctor Who has told plenty of creepy tales over the last few decades. But which are the best to watch this October? Here are four stories to send a shiver down your spine…

The Prince of Darkness has appeared in Devil’s End. A stone gargoyle has come to life, the village has been sealed-off from the rest of the world and the new vicar, Reverend Magister, is up to something bad…

The final story of Season 8 sees Jon Pertwee’s Third Doctor team up with a witch to stop his rival the Master from taking a horned alien’s powers. Expect helicopter chases, plenty of magic (or is it?) and several trips to The Cloven Hoof pub (in real life called The Blue Boar, weirdly) as science meets the supernatural. Can the Doctor, Jo and UNIT prevent the Master from receiving forces that would allow him to rule the world? Or will the Doctor’s attempts at wizardry spell the end of humanity? Despite being set at Beltane, this one will make great Halloween viewing.

Doctor Who does Frankenstein as Tom Baker’s Fourth Doctor and Sarah Jane Smith discover a Time Lord criminal who is not quite as dead as everyone had hoped. For the brain of Morbius survives…

This story introduces quite a lot of elements that would reappear later. There’s the Sisterhood of Karn (see ‘The Night of the Doctor’, and Series 9 with Peter Capaldi), mysterious Time Lord faces (see ‘The Timeless Children’) and Morbius himself (see, or hear rather, the audio drama ‘The Vengeance of Morbius’). But putting that aside, expect gore and horror as the most gothic era of the show presents us with a shocking and scary tale. Credit must also be given to the late Philip Madoc for his brilliant performance as the evil scientist Solon. It’s grim, often brutal, but it’s captivating stuff.

“Are you my mummy?” Steven Moffat made sure that no-one would ever look at a gas mask the same way ever again. Creepy child? Check. Toys and typewriters moving by themselves? Check. Richard Wilson’s face horrifically morphing into gas mask? Check.

Christopher Eccleston’s Ninth Doctor and Rose meet Captain Jack during the London Blitz, as well as a zombie child who won’t stop asking for his mummy. There’s some great dialogue, a heart-warming ending and enough terrifying moments to send even adults back behind the sofa. There’s a reason why you’ll always find it near the top of fan polls. Fifteen years later, it will still scare you like it did back then.

“The Pit is open. And I am free!” The Doctor is sure he hasn’t just met the Devil. But the Doctor isn’t always right…

David Tennant’s Tenth Doctor and Rose are separated from the TARDIS, trapped on a planet orbiting a black hole with possessed Ood out to kill the humans. A base-under-siege story with memorable characters and an awesome soundtrack, this one is generally liked but probably doesn’t quite get the recognition it deserves. If you know anyone who thinks Series 2 of the revival isn’t that great, show them this one dark and stormy night and watch them change their mind faster than they can find the light switch. Gabriel Woolf’s voice will find its way into your nightmares and the ending will have you punching the air for days. Not just one of the scariest Doctor Who stories of the last fifty-six years, but without doubt one of the greatest TV stories ever told. Utterly brilliant, and utterly petrifying. 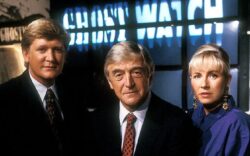 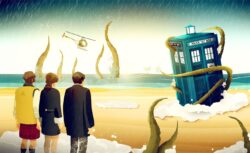