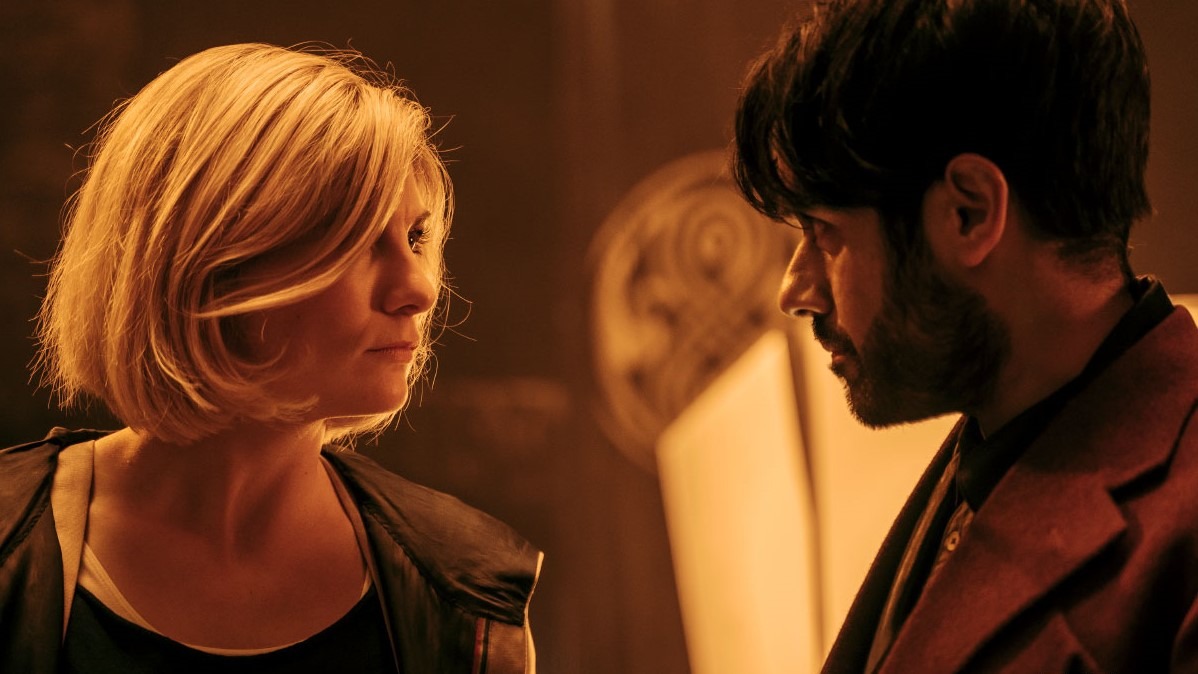 Apologies, but in order to fully explain this story, I’m going to have to put a big fan explanation here. Back in 1976 Tom Baker’s Fourth Doctor fights another Time Lord in ‘The Brain of Morbius’. This story implies that the Doctor had more than three previous lives, though later stories mostly ignored it. It had been suggested in books in the 1990s that the Doctor was a reincarnation of one of the founders of Time Lord society. Some fans loved this idea. Others hated it. But that was OK, because the TV series would surely never confirm or deny it. Or so us fans thought.

With only a 65-minute run-time, The Timeless Children had a lot on its plate before it even began

The Timeless Child is actually the Doctor, who was discovered beneath a portal by a Gallifreyan explorer, Tecteun. Tecteun learns the Doctor can regenerate and through some questionable experiments, grants this ability to the Gallifreyans who become Time Lords. The Timeless Child ends up working for a secret Time Lord organisation called ‘The Division’, who at some point erase the character’s memory, turn them into a child again, and raise them thinking that this is their first life. This child then grows up to be the Doctor. Brendan is not real but is a representation of the Timeless Child’s life distorted to look mundane as to hide the truth in the Time Lord’s Matrix (which is like the Matrix from the films). The Master, having discovered this, is outraged the Time Lords lied to him and is angry at the fact the Doctor is now more special than he is, so he burnt Gallifrey. Ruth is implied, but not confirmed, to be an incarnation of the Doctor during their time at the Division.

At this point, you may be thinking that this is quite a lot to process. It is, and that’s before we even talk about the scene where the Doctor escapes the Matrix by basically watching Doctor Who. It’s probably wise to talk about two audiences for this episode.

Firstly, there’s the regular audience, people who just stick on the TV for some drama and escapism. To be completely honest, this is way too much for them to handle. Borusa who? What’s the Panopticon? ‘The Brain of Morbius’? It’s far too confusing for these viewers to understand.

The second audience is the fans. They might like some references, but a development like this is going to be controversial. I personally didn’t mind, but I might be in the minority. One fan told me this was their least favourite story of the last 56 years. So even this group isn’t satisfied.

After The Timeless Children aired, many people felt writer and producer Chris Chibnall had ‘killed Doctor Who’. Personally, I think that’s rubbish. Because what’s the worst thing about this development?

None of it matters.

On the one hand, the Doctor still is the same person. The First Doctor still thought he was the first, and it was him who stole the TARDIS. The Time War still happened. Rose, Martha, Donna? They all were his companions. If you hate this revelation about the Doctor’s previous lives, that’s fine, but it doesn’t really affect the last few decades of the show and it likely won’t affect its future. But on the other hand, turning the Master back into a villain, the Brendan story, the previous lives? They don’t do anything interesting from a drama point of view. The Thirteenth Doctor doesn’t really seem all that affected once the day is done. All that business with the Cybermen? Well, the Master just kills the Lone Cybermen and hijacks the plot. Time Lord Cybermen? An interesting idea but one we never get to see anything done with. They don’t kill a single person. The result is a continuity-heavy and messy hour of television which despite confusing viewers and dividing fans… doesn’t change the status quo at all?

The Timeless Children is possibly the most audacious episode since the show returned in 2005. It’s confusing, divisive and absolutely ridiculous. Is it wrong I kind of like it?

Let’s be honest, if you came to Doctor Who for sensible storytelling, you probably came to the wrong place

Don’t get me wrong, this is not a great episode. Of all the 295 Doctor Who stories shown on TV, I wouldn’t rank anywhere above 200. But I’d be lying if I said I was bored. It’s fun, which is more than can be said of ‘Ascension of the Cybermen’. And let’s be honest, if you came to Doctor Who for sensible storytelling, you probably came to the wrong place.

And that ends the latest series and… what’s that? The Doctor’s in jail now?

Bring on ‘Revolution of the Daleks’!

Click here to watch ‘The Timeless Children’ on BBC iPlayer.