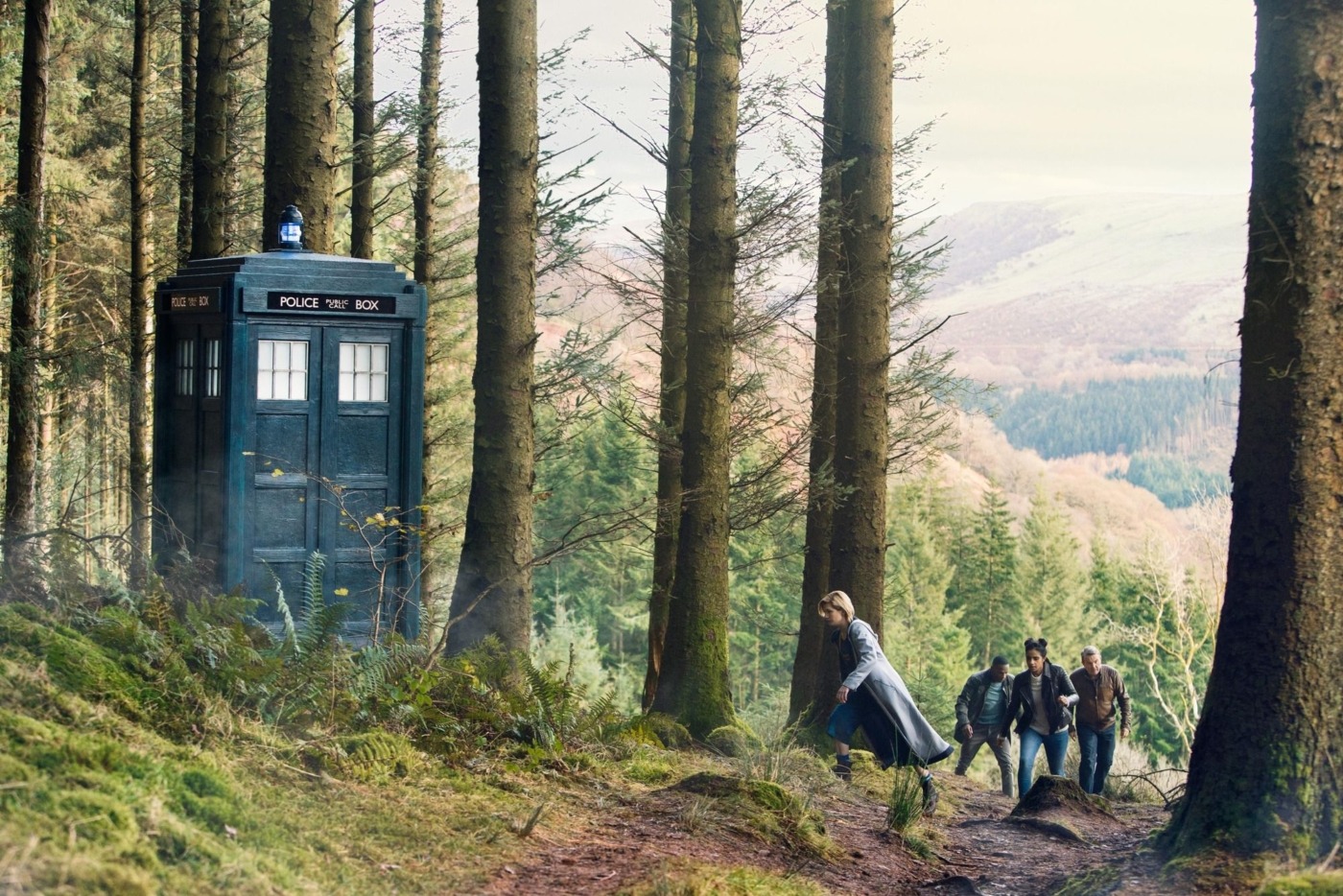 Doctor Who – It Takes You Away

So, before getting onto this episode I have a request. Either Chibnall for the main series or if it’s too much, Nicholas Briggs for Big Finish – please give us Doctor Who: The Woolly Revolution. Let us have a story, a series even where we see the relationship of sheep and man be tested and reshaped in a way that will shock and enthrall audiences of all ages. You would make history. You would make something which would last in the hearts of fans for another fifty years. That aside, ‘It Takes you Away’ is my personal favorite episode of Series 11 so far. Not just because the Doctor implies that sheep and man will be at odds in Earth’s future, but also because it’s a wonderfully strange and thematically strong tale of grief, love and loneliness.

Going into this episode having only seen the trailer it looked as though we were going to get a Norwegian horror tale in a cabin in the woods, and that is at least what we start with. The atmosphere and cinematography are spot on, there’s a steady build of tension and a good mystery unfolds. The TARDIS team continue to feel like a natural unit and the relationships are only getting more interesting, especially Graham and Ryan’s. And then, out of the blue almost, the episode takes a completely different turn into new territory. And then it does it again for the third act. Each time it does so, it brings out new ideas, concepts, creatures and characters which make for a truly strange, but truly unique tale that stands out from the rest of the series.

It brings out new ideas, concepts, creatures and characters which make for a truly strange, but truly unique tale

In a way ‘It Takes you Away’ can be seen as three stories which, at least as a group of three, are underdeveloped and somewhat disjointed. This episode definitely has some notable flaws. Jodie is once again given clunky technobabble exposition in an otherwise fun and lively performance. There are definitely large chunks of the story which could have done with a longer runtime. The shifts from horror to character drama aren’t always smooth. But, if you can find yourself able to go along with the ride, then it’s a very rewarding experience.

Strangely enough this story reminded me of Pan’s Labyrinth in that it has the qualities of a dark fairytale as our heroes’ journey through worlds almost more fantastical than science fiction. The worlds and creatures are obstacles which lead them to truths about themselves and where this episode’s plot doesn’t work as well, its emphasis on theme and character more than make up for it. Jodie, technobabble aside, gives a strong performance, each of the companions continues to excel, and the guest character Hanne, played by actual blind actress Ellie Wallwork, was particularly impressive. It’s unpredictable and there are some truly strange creative decisions, but it finds ways of resonating with an audience through this strangeness in a way that comes together in the episode’s examination of theme.

Its choices make it a particularly unique episode of Doctor Who, one which makes for one of the most effective mission statements of the series

Series 11 has tackled a number of themes well, but chief among them is grief and it once again conveys that so well resulting in an ending which is emotional but then completely twists into something else, and then delivers the emotion all over again in the unlikeliest of contexts. Saying too much more about the plot of this episode would ruin it, so I’ll refrain other than saying there is a great deal which works about this story, elements of horror, tragedy, comedy and thematic resonance. It may have benefited from a longer runtime or a tighter focus but its choices make it a particularly unique episode of Doctor Who, one which makes for one of the most effective mission statements of the series.

If what we’ve had from this series is an indication of the show’s future then there is a lot of potential which, with tighter writing and greater confidence could become something truly special. We have unconventional science fiction, unflinching portrayals of Earth’s past and examinations of humanity in ways which are weird and wonderful. With only one more episode to go before the series is over, Series 11 has begun a new chapter of the show’s history and whether or not it will continue to play to its strengths is something only the future can decide. No matter what though, as it has been for many years, Doctor Who will still be my friend and I’ll miss it whenever it’s not around.

Next review: The Battle of Ranskoor Av Kolos