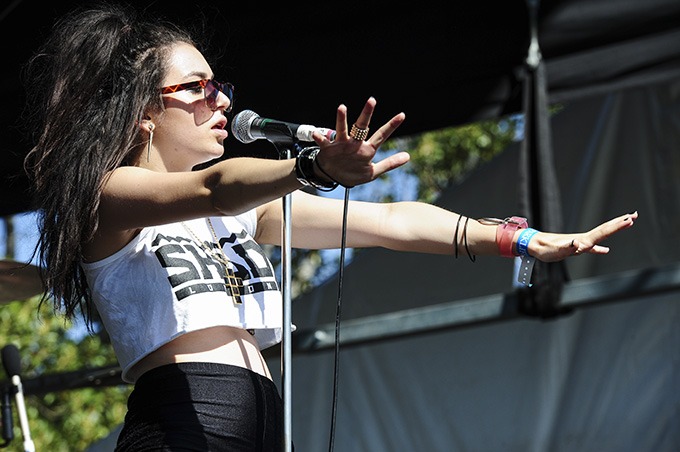 Hot off the release of the most critically acclaimed album of her career and in the midst of quarantine, Charli XCX has delivered us with a curveball of a record. Made whilst thousands watched along on her livestreams, many have seen live performances of How I’m Feeling Now before they got an opportunity to see live performances of its predecessor.

Comparisons to Charli are therefore unavoidable, and actually quite illustrative. It showed Charli not just as a pop star with a singular vision but also as a facilitator, bringing her PC music influences over to the mainstream and assembling a wide yet cohesive range of guest features – from Clairo and Yaeji to Lizzo and Sky Ferreria – and an army of in-demand producers such as Dylan Brady of 100 Gecs fame.

All the trademarks of Charli’s sound are in full evidence here – the overly processed vocals, the noisy basslines

On How I’m Feeling Now, however, Charli jettisons the chaff that comes with such a long album and has zero features. Rather than looking outwards towards what she can do to the pop scene, in this time of turmoil she instead looks at what pop can do for her. Gone is the perfunctory foreplay of ‘Next Level Charli’: instead, you’re thrown in at the deep end with the monstrous bass of ‘pink diamond’. All the trademarks of Charli’s sound are in full evidence here – the overly processed vocals, the noisy basslines, but it feels more cohesive now. It’s not here to make a point and usher these sounds into the mainstream: it’s here because it’s now her method of expression.

The album is ultimately all about her experience with quarantine, and how that has influenced her mental health and relationships, with particular focus on her relationship with her on/off boyfriend of seven years, Huck Kwong – the topic of the exquisite ‘seven years’, with its killer hook.

Lead single ‘claws’ has unnervingly high-pitched and industrially distorted verses and a slow recuperative chorus. In contrast, the frenetic speed of other single – drum and bass influenced ‘i finally understand’, which also manages to incorporate percussive bass of Future House makes it an instant favourite pick me up, and a standout on the tracklist.

It lurches into ‘c2.0’, and even more debauched mangling of Dylan Brady’s original noise-pop banger ‘Click’. Presented in this form invokes an air of nostalgia for her friends who spending time with was so routine only a few months ago. The separation but strength through continued communication is seen throughout How I’m Feeling Now but maintains a degree of optimism – singing “in real life could the club even handle us?” while running concerts in Minecraft with Kero Kero Bonito and 100 Gecs is just one instance of her sardonic humour.

This gets to the core of why this album is so brilliant. It is sharply written, poignant but not overwrought, funny without being dismissive of the obliviousness many singers and celebrities have shown during lockdown. It is confessional and intimate, showing the rediscovery and renewal of the strength of her relationship.

How I’m Feeling Now is more than just a release in the right place at the right time – its existence is entirely contingent on the current situation and it is a personal response to it. I would go as far as to say it will be looked back on as the defining artistic response to it. The lack of features and concise tracklist result in an album where not a single track feels unnecessary. Whereas Charli was the expression of Charli XCX as an idea for moving pop forward, this is an intricate, nuanced yet ground-breaking surveyal of the current conditions that have shaped Charli XCX as a person. If you do one thing in this quarantine period, give it a listen.